Identical Twin Sisters, 49, Are BOTH Diagnosed With Breast Cancer Just Months Apart: ‘I Was In Total Shock And The Bottom Fell Out Of My Life’

Sarah Seidel and Rebecca Lesnik are now urging women to get screened, warning that just because you have no family history of breast cancer doesn't make you immune. 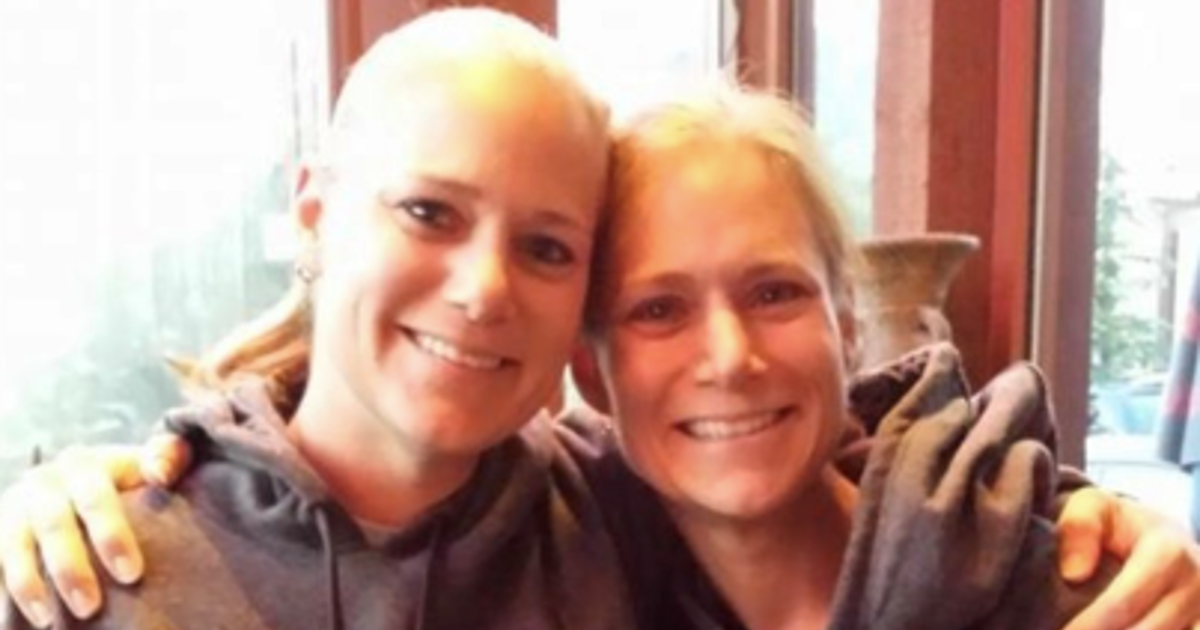 Sarah Seidl and Rebecca Lesnik, 49-year-old identical twin sisters of Tiffin and Cedar Rapids, Iowa, were both diagnosed with breast cancer just four months apart within the past year.

Lesnick learned she had breast cancer in November 2021 after her doctor discovered benign microcalcifications, calcium deposits that develop in the breast tissue, in her right breast. After undergoing further testing, an MRI confirmed cancer had developed.

Read More
“I was shocked. Cancer is what other people have. There wasn’t a family history, so it didn’t make sense to me,” Lesnik said in an interview with FOX Television Stations. “My first thoughts were about my kids and family. I wasn’t sure who would take the news the hardest, but I knew it would be devastating to Sarah.” Not long after she told her sister about the news Seidl learned that she, too, had the same type of breast cancer. After getting mammograms and MRIS, like her sister, Seidl received her stage 1 breast cancer diagnosis in March 2022.

Recounting her reaction to the diagnosis, Seidl said, “I felt like the bottom fell out of my life. I was initially in shock, then cried and felt defeated.”

RELATED: Mom Notices One Breast Was Suddenly Bigger Than The Other: Soon Both She And Her Sister Are Diagnosed With Breast Cancer

“Of course, you never want to hear a loved one tell you they have cancer, but when it is your twin, your best friend throughout life, it feels more devastating,” Seidl, who calls her sister “a huge part of my life,” explained.

The sisters have since beat cancer after undergoing a double mastectomy. The only different treatment Seidl received was radiation after her mastectomy.

RELATED: These 3 Sisters Were Each Diagnosed with Breast Cancer; Doctors Said It Was a Coincidence; Why It’s Important to Know Your Family History

Now they are urging others to get screened for breast cancer.

“There’s no particular reason for most of us getting breast cancer. We had no history of it in our family. Now all of a sudden, both of us developed it,” Lesnik said. “Just because you don’t have a family history doesn’t always matter.”

Doctors have not yet been able to explain why Seidl and Lesnick were diagnosed with the same cancer. Also, when Seidl had genetic testing done there was no connection found to breast cancer.

When it comes to getting a cancer diagnosis early, screenings are critical. By attending recommended screenings regularly, doctors can check for signs of cancer in the earliest stages. This, in turn, can lead to more treatment options and a higher likelihood of entering remission.

When Should I Get A Mammogram?

RELATED: Check Your Breasts Today, and Once Every Month; Survivor Giuliana Rancic Stresses Its Importance

Breast Cancer in the Family

For anyone wondering whether or not breast cancer runs in their family, different types of genetic testing exist. There is testing for the DNA in our cells which shows what bad mutations we might have inherited or that could be passed along to our blood relatives. This testing for hereditary cancer risk requires your approval.

Then there is genetic testing of the tumor. This has been approved for payment by Medicare and has become standard practice, but does not require your approval.

For some patients, testing for a hereditary cause of cancer may be appropriate. This means determining whether you inherited an increased risk of cancer from your mother’s or your father’s side of the family. Your doctor will discuss your family history of cancer with you in the context of the type of tumor you have and your age at diagnosis. Hereditary genetic testing is usually done with a blood or saliva test.

The second test involves the genetic sequencing of your tumor. These genetic changes can be inherited but most arise during a person’s lifetime. This process usually involves examining a biopsy or surgical specimen of your tumor. This testing can lead to decisions on drugs that might work against your cancer.

10 Percent of All Women Get Called Back For Further Testing After A Mammogram 6 Common Excuses for Skipping a Mammogram That You Need to Stop Using When You’re Getting a Mammogram, Ask About Dense Breasts
NOW
PLAYING
Huge Outpouring of Love For Beloved Peloton Instructor Leanne Hainsby, 35, As She Announces Breast Cancer Diagnosis
NOW
PLAYING
Mom & Nurse, 32, Thought Lump in Breast Was Clogged Milk Duct, But it Was Stage 2 Cancer
NOW
PLAYING
Determined To Be There For Her Kids, Angelina Jolie, 47, Embraces Motherhood 10 Years After Preventative Surgery to Remove Her Breasts
NOW
PLAYING
33-Year-Old Woman Found Protruding Vein On Her Breast After Miscarriage: It Turned Out To Be Cancer
NOW
PLAYING
56-Year-Old Woman Finds Breast Cancer Battle After Seeing Friend's Facebook Post On Self-Exams
NOW
PLAYING
TV Legend, Breast Cancer Survivor Joan Lunden Teams Up With Daughter To Address Family Health