Girl, 5, Was Diagnosed With Leukemia As A Baby After Doctor Noticed She Looked Pale, Now She’s Celebrating Beating Cancer 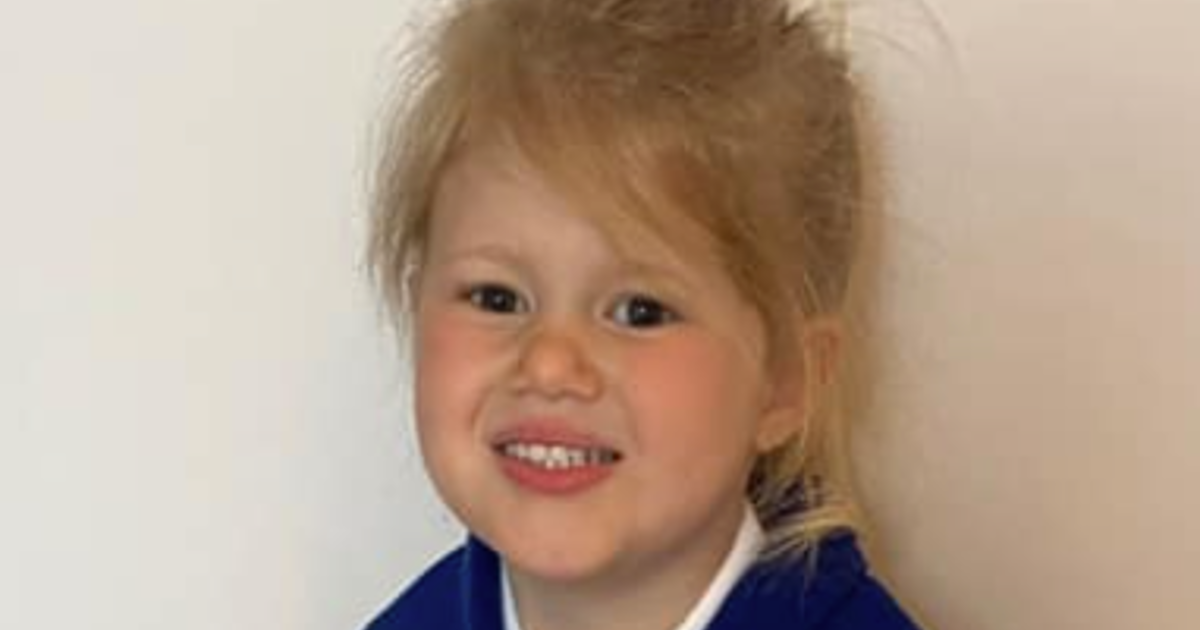 When Hollie McNeill was just eight weeks old, her doctor noticed she looked pale and sent her for testing at a hospital to check for anemia. She was diagnosed with leukemia later that day—giving her a 50/50 chance of survival.

Now, the five-year-old girl, from Lincolnshire, England, is celebrating being cancer-free since December 2017.

Read More
Hollie was diagnosed with leukemia on June 14, 2017, after being sent for emergency blood tests at Scunthorpe General Hospital, according to GrimsbyLive. “When they told us she had leukemia I didn’t even know what it was and I just said, ‘Is that cancer?’ and from then, she was put onto antibiotics and a drip and we were told that we needed to get to Sheffield Children’s Hospital as soon as possible,” her mom, Jennie Brookes, told Scunthorpe Live. “I went home, got a suitcase packed, I knew it was a long-term thing and came straight back. We were put into an ambulance and blue-lighted to Sheffield and we got there at 11.30pm. We turned up on this ward and it was dark, everyone was asleep, and we got put into a side room and didn’t really know what was going on,” she continued.

The following day, Hollie was admitted into surgery, had a Broviac catheter (a line for long-term access to blood) fitting, and was given four rounds of intense chemo, Jennie explained.

“For the first five weeks we couldn’t come home, and then we were allowed to come home in between chemotherapy,” Jennie added. “But she had no immune system so we weren’t allowed to be around friends or family or in any public spaces. It was horrendous. It’s taken me a long time to be able to talk about it without crying.”

However, the battle was worth the fight as Hollie’s last round of chemo ended on November 11, 2017.

Now, Jennie is holding a fundraiser at the Wortley House Hotel in Scunthorpe on November 12 to celebrate her daughter being in remission for five years.

“I feel like I owe it to Sheffield Children’s Hospital, all the proceeds will go to them. I’m hoping I can raise at least a couple of hundred, and if people just want to donate some money, they can do that too,” she said.

Leukemia is a blood cancer that develops when the body produces large quantities of abnormal white blood cells. These cells prevent the bone marrow from producing any other type of cell including red blood cells and platelets.

“One cell got really selfish and decided that it needed to take up all the resources of everybody else, and, in doing so, took up space and energy from the rest of the body,” Dr. Nina Shah, a hematologist at the University of California San Francisco, explained.

What is a Blood Cancer—How is it Different?

In a more general sense, blood cancer means that your bone marrow is not functioning properly.

“And when your bone marrow doesn’t function correctly, it means that you can have something happen to you like anemia,” she said. “Or you can have low platelets, which makes it possible for you to bleed easily. Or your immune system is not functioning correctly.”

RELATED: Parents Concerned 10-Year-Old Daughter’s Bruises Were from Fighting at School; It Wound Up Being Leukemia

Symptoms of leukemia can vary depending on the specific type of leukemia. Common signs and symptoms of the disease include:

Here at SurvivorNet, we always encourage people to advocate for themselves when it comes to cancer and, more generally, health care. When it comes to a child or teenager, the parent must become the advocate. Although symptoms of leukemia are often initially tough to identify, make sure to get your child checked out if something seems amiss, and don’t stop for answers until you find out what’s wrong.

Here at SurvivorNet, we always encourage people to advocate for themselves when it comes to cancer and, more generally, health care. When it comes to a child, the parent must become the advocate.

The Impact of a Childhood Cancer Diagnosis on the Whole Family

In a previous interview with SurvivorNet, April Knowles also talked about self-advocacy and explained how she became a breast cancer advocate after her doctor dismissed the lump in her breast as a side effect of her menstrual period. Unfortunately, that dismissal was a mistake.

RELATED: Concerned Mom, 39, Was Told By Doctors Her Daughter, 6, Was Suffering From ‘Bad Ear Infections:’ It Turned Out To Be Cancer

Figuring out whether or not you have – or your child has – cancer based on possible symptoms is critical because early detection may help with treatment and outcomes. Seeking multiple opinions is one way to make sure you or your child is getting the proper care and attention. You should also try to remember that not all doctors are in agreement. Recommendations for further testing or treatment options can vary, and sometimes it’s essential to talk with multiple medical professionals.

Answering Your Questions About Blood Cancer

What is a Blood Cancer – How is it Different? Blood Cancer is Different From Other Cancers—Some Treatments Are, Too Leukemia: Symptoms & Diagnosis
NOW
PLAYING
Hugs For Ridiculously Cute, Mop Top 14-Year-Old TikTok Star Who Just Told Millions He Has Blood Cancer
NOW
PLAYING
Celebrating 170-Pound Weight Loss, Leukemia Survivor, 45, Takes Indoor Skydive-- The Courage To Change
NOW
PLAYING
What are the Treatment Options for Advanced - or "Blast" Phase - Chronic Myeloid Leukemia?
NOW
PLAYING
What is the Philadelphia Chromosome in Chronic Myeloid Leukemia (CML)?
NOW
PLAYING
Yellow Eyes For 24-Year-Old Man Turn Out To Be Cancer-- Gratitude For Friend Who Noticed Something Wrong
NOW
PLAYING
'Queer Eye for the Straight Guy' Star Thom Filicia Makes Lifesaving Bone Marrow Transplant To Brother