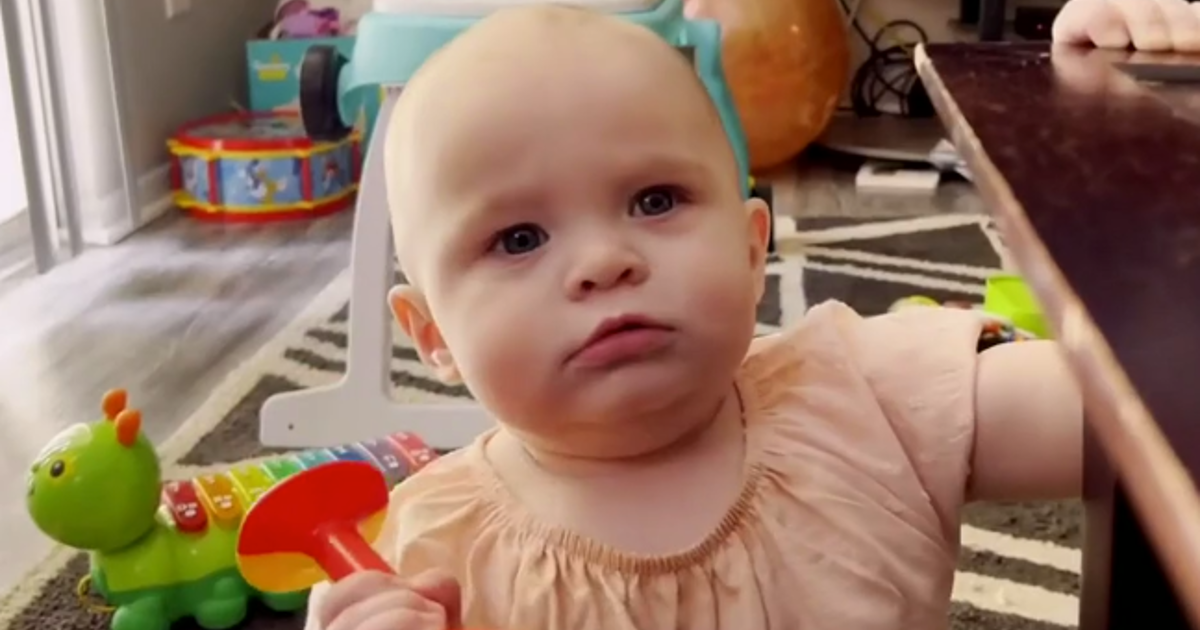 Learning about Retinoblastoma: A Type of Eye Cancer

In August, one-year-old Aria Lee Bohannon was diagnosed with a very rare cancer called retinoblastoma after her maternal grandmother noticed a white reflection in her pupil.

It was something the grandmother was familiar with as her daughter, Aria’s mother, Heavenlee Van Buren, was also diagnosed with the same disease 40 years earlier.

Read More
“We get a call from my mom and she says, ‘You kind of need to come home. It’s important,'” Van Buren told News4Jax. “She took a picture of [Aria] and she sent me that picture and as soon as I saw that picture, I knew. I knew what it was.” Ultimately, doctors found a large tumor in Aria’s left eye, along with some small ones forming in her right, at just 10 months old. When the cancer is in both eyes, it’s called bilateral retinoblastoma. RELATED: Worried Mom, 22, Thought Her Toddler Son’s ‘Cloudy’ Eye Was Caused By ‘A Lazy Eye:’ It Turned Out To Be Cancer

“She actually still currently has the large one in her left but the right ones are slowly shrinking due to the chemotherapy that she’s going through and laser treatments,” Van Buren continued. “It’s freaky to know that my daughter is about to go through the same thing that I went through as a baby.”

Due to the cancer being so rare, Aria spends her time between Jacksonville and Miami to get targeted chemotherapy despite the high costs of treatment. Her first round of chemo was on October 4, and her second was on the 11th.

As Aria continues treatment, her parents have set up a GoFundMe page to help with the rising medical bills, which has since raised more than $5,000 of its $30,000 goal.

Referring to how Aria is getting treatment about 350 miles away from their home, Van Buren explained on the fundraising page, “My fiancé will have to go on unpaid medical leave and we will have to stay there until her treatments are over, there is no known timeframe.”

“This is all gonna take a serious toll on us, we are gonna have to cancel our lease for our apartment and have to find a place for all our belongings, I’m gonna have to get rid of a family pet as I can’t take him with us, our car isn’t in the right condition for the drives back are forth from Jacksonville and Miami, we truly are terrified as we don’t know how we are gonna afford living expenses, gas, food, baby stuff and etc,” she added.

“Anything helps and we appreciate all support received. She’s gonna beat this, she’s the strongest little girl, mommy and daddy just need to figure out these bits and pieces, and we will.”

RELATED: Worried Mom, 21, Noticed Her Baby Was ‘Slightly Squinting:’ It Turned Out To Be Cancer And The Tot Needs SIX ROUNDS Of Chemo!

Retinoblastoma is most often diagnosed after a parent or doctor notices something unusual about a child’s eye.

The Impact of a Childhood Cancer Diagnosis on the Whole Family

Two of the more common signs and symptoms include:

Other less common signs and symptoms can be:

And if the cancer spreads outside the eye, symptoms can vary depending on where the cancer currently is. Symptoms for these scenarios can include:

It’s important to note, however, that many of these signs and symptoms are more likely to be caused by something other than retinoblastoma. Even still, you should always bring up any of these symptoms to your child’s doctor should they occur because the outlook for retinoblastoma patients is not as good if the cancer has had time to spread outside of the eye.

Here at SurvivorNet, we always encourage people to advocate for themselves when it comes to cancer and, more generally, health care. When it comes to a child, the parent must become the advocate – just as we saw in the case above.

And even if you’re called “pushy” or people dismiss the concerns you have for your child, it’s important to remember that you never know when speaking up about a seemingly unproblematic issue can lead to a very important diagnosis – cancer or otherwise.

Figuring out whether or not you have – or your child has– cancer, based on possible symptoms, is critical because early detection may help with treatment and outcomes.

Seeking multiple opinions is one way to make sure you or your child is getting the proper care and attention. You should also try to remember that not all doctors are in agreement. Recommendations for further testing or treatment options can vary, and sometimes it’s essential to talk with multiple medical professionals.

RELATED: Mom Notices Strange ‘White Shadow’ In Her Toddler Son’s Eye: It Turned Out To Be Cancer That Was Caught In The Nick Of Time