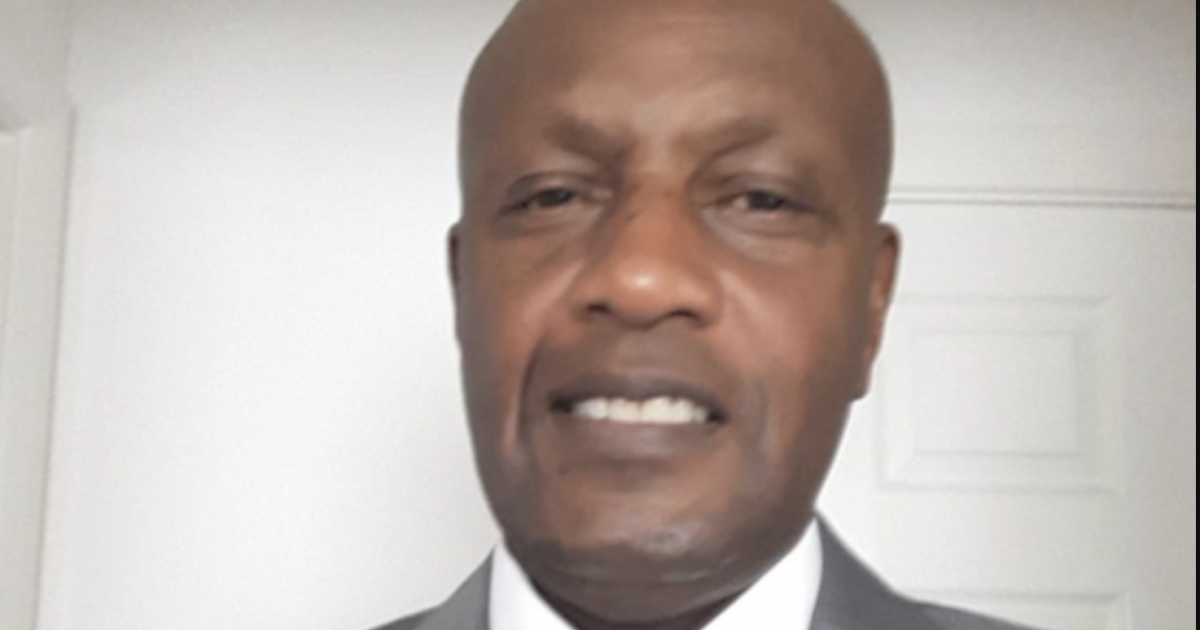 Dealing With The Shock of Prostate Cancer at 62

Prostate cancer screenings aren’t for everyone. But Mike Crowe was grateful his sister pushed him to get his done after it led to an early prostate cancer diagnosis.

Crowe, 62, was “always very health conscious.” But it wasn’t until his sister, who happens to be a nurse, urged him to consider the exam that he spoke to his doctor.

Read More
“I went to my GP and I asked, ‘is it worth having this prostate check?’ and he said ‘absolutely, get it done,’” Crowe said. After a short examination revealed that Crowe’s prostate was very small, he was sent for more testing. This would later reveal that the father of eight did, in fact, have prostate cancer. “When I was diagnosed, my consultant and a nurse were in the room but no smiles. I knew something wasn’t right,” Crowe said. “They told me the biopsies have come back and that I have prostate cancer.

“Everything just went blank. Everything he said after I wasn’t taking in properly. I stood up and felt weak.”

Understandably so, Crowe was shocked. But once he accepted his diagnosis, he knew he would fight his cancer with everything he had.

“I never drank or smoked and in my head there was nothing I could have done better to prevent this,” he said. “The next day I got up and told myself, ‘I can beat this.’”

Crowe’s prostate cancer was, thankfully, caught before it had spread. And after an unidentified operation, he was back on his feet in eight days time. Now, the survivor wants others to speak up for themselves if they have any symptoms or fall into a risk category for prostate cancer.

Prostate cancer is the most common cancer in American men – except for skin cancers. About one in eight men will be diagnosed with this disease during his lifetime. The disease begins in the walnut-shaped prostate gland located between the rectum and bladder. This gland produces the fluid that nourishes sperm.

Symptoms of the disease are generally inconsistent and hard to pinpoint.

“Prostate cancer is a very odd disease in that it doesn’t have a particular symptom,” Dr. Edwin Posadas, director of translational oncology and the medical director of the Urologic Oncology Program at Cedars-Sinai, explained.

But changes in urinary function like urinating more or less often or waking up at night to go more than usual could be a sign of the disease. However, it’s important to note that these potential symptoms could also could be caused by a urinary tract infection or even an enlargement of the prostate gland (which is not cancer). Still, you should always consult a medical professional if any changes to your health arise.

Doctors who have spoken with SurvivorNet shared a hopeful outlook when considering a prostate cancer diagnosis because there are many treatment options and there’s been significant treatment progress over the past decade.

Surgical and radiation options, for example, have made improvements in reducing side effects of treatment while still providing excellent cure rates. Even for men with an advanced-stage diagnosis, many new options exist to treat prostate cancer and help them maintain an excellent quality of life.

In the United States, many prostate cancer cases are caught with screening examinations. Screening guidelines depend on your risk for the disease. Age, race/ethnicity, geography, family history and gene changes are the main risk factors for prostate cancer. You should talk with your doctor regardless, but here are some things to consider when gauging your risk for the disease:

It’s not clear if the benefits of prostate cancer screening outweigh the risks for most men. Nevertheless, screening can be life-saving, and it’s important to discuss the pros and cons of screening and your risk factors for the disease with your doctor.

“It’s slightly uncomfortable but painless, and takes less than 30 seconds,” Dr. Posadas said of these methods. “The amount of information that is gained from that is tremendous, and it can be a life-and-death type decision that is made.”

But it’s important to note that the PSA test is not perfect. The prostate-specific antigen is a protein secreted by the prostate gland. Men have a small amount of PSA in their blood all the time, but large amounts can be a sign of cancer because when cancer cells grow, PSA spills into the blood.

An elevated PSA test, however, does not always mean you have prostate cancer. It can simply reflect that your prostate is enlarged – which is common – or it could signal an infection or inflammation. Because of this, the PSA test is controversial since high levels may lead to over-treatment in men who are more likely to die from something else. Regardless, our experts maintain that the PSA tests are helpful, and you should talk with your doctor about your own risks for the cancer and screening options.

Treatment for early-stage prostate cancer can vary greatly from person to person. Doctors’ treatment recommendations will depend on multiple factors, including the stage of the cancer, but they will also look at things like how aggressive your particular cancer is in nature. Additionally, prostate cancer is a disease where many doctors have differing opinions on what is the best treatment path to take. So, it can be a good idea to get multiple opinions.

One option for people with early-stage, low-risk prostate cancer is to undergo active surveillance.

“The concept of active surveillance is you’re watching a man, and if something changes while the cancer is still in the prostate, you treat it then,” Dr. James Brooks, the chief of urologic oncology at Stanford Medicine and director of the U54 Stanford O’Brien Urology Research Center, told SurvivorNet. “An ideal man for active surveillance might be a man, for instance, in his late 60s who has a barely elevated PSA, let’s say just above 4, who undergoes a biopsy and is found to have one of the 12 biopsy cores with a small percent of low grade, what we call, Gleason grade 3 plus 3 prostate cancer.

“That man has a very low probability, it’s certainly less than 1% chance, of dying of prostate cancer in 10 years.”

The Benefits of Active Surveillance

Perhaps the biggest consideration for active surveillance is the fact that it allows you to preserve your normal functioning.

“You don’t have to suffer some of those potential side effects of sexual dysfunction or urinary dysfunction,” Dr. Brooks explained.

In addition to active surveillance, watchful waiting may also be an option for older adults and those with other serious or life-threatening illnesses who are expected to live less than 5 years. Routine PSA tests, digital rectal examinations and biopsies are not usually performed if you’ve decided on watchful waiting, but treatment may be recommended if the prostate cancer causes symptoms, such as pain or blockage of the urinary tract,

For early-stage patients who do undergo active treatment, local treatments like surgery and radiation may get rid of the prostate cancer completely.

When surgery is performed, you can either have traditional open surgery or laparoscopy. The latter is more commonly used nowadays since traditional surgery requires a surgeon to make a large incision and laparoscopic surgery offers a smaller incision and a shorter recovery time. And a newer approach, known as a robotic-assisted laparoscopic prostatectomy (RALP), or robotic surgery, allows surgeons to make these small incisions with more precision.

RELATED: How to Choose a Surgeon – Does Volume Matter?

Radiation for prostate cancer, on the other hand, can either be done via external beam radiation and brachytherapy (internal radiation).

Brachytherapy is an internal form of radiation where small radioactive seeds are placed inside the prostate. The two forms of this therapy are permanent low-dose brachytherapy and temporary high-dose brachytherapy. The temporary option means you can have it done as an outpatient procedure that only takes one to two hours. If you choose the permanent therapy, doctors will place radioactive seeds directly into the prostate and leave them there to slowly release radiation over several weeks or months.

RELATED: The Benefits Of High-Dose Brachytherapy: Temporary and Fast

External beam radiation, on the other hand, delivers high doses of radiation to the tumor in the prostate in a non-invasive way. Experts say developing technology has allowed for more precision in the aim and amount of radiation administered.

“Over the last ten to fifteen years, we have done remarkable things with our technology that allows us to aim much more carefully, reduce the amount of radiation that nearby critical structures get, and thereby get a higher dose in a quicker period of time,” Dr. Patrick Swift, a radiation oncologist and a Clinical Professor of Radiation Oncology at Stanford, previously told SurvivorNet.

Second (& Third) Opinions Matter When Deciding Between Surgery or Radiation

Focal therapies are another option for small prostate tumors. These less-invasive treatments can include cryosurgery (also called cryotherapy or cryoablation) and high-intensity focused ultrasound (HIFU).

Cryosurgery involves freezing cancer cells with a metal probe inserted through a small incision in the area between the rectum and the scrotum, the skin sac that holds the testicles. But it’s crucial to note that this is NOT an established therapy or standard of care to treat newly diagnosed prostate cancer.

But if patients do have such a diagnosis, HIFU can “reset the time clock on the cancer so they can avoid the full treatments until a later date,” according to Dr. Swift. Still, you should be aware that the long-term effectiveness of HIFU is still being determined.

Depending on the stage and aggressiveness of your cancer, other treatments like hormone therapies and anti-androgen drugs may be recommended (which will be discussed more below). No matter what, you should feel confident in your treatment plan. Don’t be afraid to get multiple opinions and really consider all your options.

Al Roker, 68, Breaks Down In Tears As His ‘Today’ Colleagues Show Up At His House To Cheer Him Up: ‘It’s Been A Long, Hard Slog”