Actress Christina Applegate, 51, Says Working On ‘Dead To Me’ Helped Her Process Her Multiple Sclerosis Diagnosis: ‘I Could Fall Apart In A Scene… It Was Cathartic’ 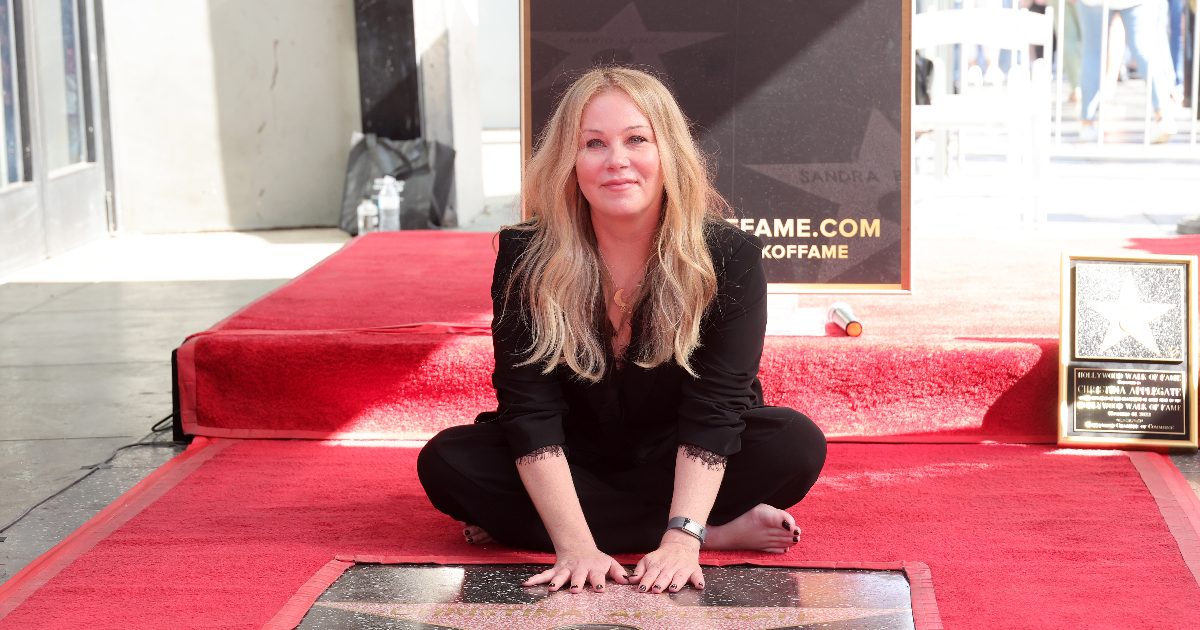 Handling the Emotions of a Health Journey

Christina Applegate, 51, is carefully navigating the mental burden of her Multiple Sclerosis journey. Thankfully, her work as actress has helped her cope.

The recent premier of the final season of Applegate’s show “Dead to Me” marked the first time fans could see the beloved actress on screen since her MS diagnosis in 2021.

Read More
In a conversation with The New York Times, Applegate said finishing the series after her diagnosis was the hardest thing she’d ever done. But in a more recent interview for “The Kelly Clarkson Show,” Applegate spoke to how her acting in that series actually helped her grieve her multiple sclerosis diagnosis. “I’ve probably been going through grief and trauma my whole life, and acting was the place that I got to go to not feel it, you know?” she said. “And I always had a place to go to kind of not deal with it, and the beauty of ‘Dead to Me’ is that it gave me almost this weird platform of dealing with it where I didn’t have to be on all the time and I didn’t have to make all the jokes.”

Applegate went on to explain that the show gave her a space to feeling her very real emotions.

“I could fall apart in a scene,” she said. “And it was, like, me. It was my soul actually falling apart, unfortunately, in front of the world, but it was cathartic in a beautiful way.”

Christina Applegate began experiencing symptoms of the condition long before she had answers. In fact, she said she felt off balance during a dance sequence that occurred way back in season one of the dark comedy. She later noticed her aptitude for tennis start to fail.

“I wish I had paid attention,” she told The New York Times. “But who was I to know?”

It took several years of worsening tingling and numbness in her extremities before her diagnosis arrived while on set. This life-altering realization wouldn’t stop Applegate from finishing her portrayal of Jen Harding, but she did need a break. Production of the final season ceased for about five months as she began treatment.

“There was the sense of, ‘Well, let’s get her some medicine so she can get better,’” Applegate said. “And there is no better. But it was good for me. I needed to process my loss of my life, my loss of that part of me. So I needed that time.”

Applegate admits she’ll never fully “accept” her condition, but she did learn how to work with it.

“I had an obligation to Liz [Feldman] and to Linda [Cardellini], to our story,” she said of the show’s writer and co-star respectively. “The powers that be were like, ‘Let’s just stop. We don’t need to finish it. Let’s put a few episodes together.’ I said, ‘No. We’re going to do it, but we’re going to do it on my terms.’”

Applegate wasn’t able to work as hard or as long or in heat without her body giving out, but she found pride in her self-sufficiency. And with the help of some adjustments in blocking, she powered through. Nicole Vassell, a writer for the The Independent, says other programs should learn from the way Applegate’s “physical changes [were] seamlessly incorporated into the show.”

“This is the first time anyone’s going to see me the way I am,” Applegate said. “I put on 40 pounds; I can’t walk without a cane. I want people to know that I am very aware of all of that.”

What Is Multiple Sclerosis?

Processing the Emotions of a Health Journey

When it comes to a difficult health journey, just know that feeling sad or anxious or any negative emotion about the changes coming your way are very normal and understandable after hearing your diagnosis. There may be a lot of things out of your control, but it’s important to remember that you are not alone and there are resources and people out there who can provide support.

Dealing with Grief after a Cancer Diagnosis

“Grief comes in waves,” Dr. Scott Irwin, a psychiatrist and director of supportive care services at Cedars-Sinai Medical Center, told SurvivorNet in a previous interview. “They’re grieving the change in their life. The future they had imagined is now different.”

But taking care of your mental health should be a priority. Dr. Irwin stressed how helpful talk therapy could be when dealing with the mixed emotions. It’s important to reach out to your doctor, a therapist or support groups in your community if you feel like you’re struggling.

RELATED: Do You Have a Question About Mental Health & Cancer– Strong In Cancer — A New Column From SurvivorNet with Dr. Marianna Strongin

Ni Guttenfelder can attest to the benefits of therapy. She was diagnosed with ovarian cancer in October 2017 and quickly decided she needed a therapist to help process her feelings. Her suggestion is to seek a counselor you’re comfortable with and you trust.

“Initially I went to a session where I just cried and the counselor basically told me what I was feeling was normal and didn’t offer me any type of feedback. But I knew that I needed something more than that. Not just a crying session and a pat on my shoulder,” she told SurvivorNet in a previous interview. “What I have found is that it’s critical to find the right counselor, not just any counselor.”

Once she found a counselor she could truly open up to, Guttenfelder began to see some clarity.

Her therapist also taught her how to manage the people in her life. She decided to look into her relationship with her father, for example, because he was resistant to the idea of her receiving chemotherapy.

“It makes it more of an uphill battle and a challenge because we’ll sometimes get into arguments about it,” she says. “My counselor would say, for my own benefit and health that it’s best to limit the time with others who may not be lifting me up during my treatment.”

In addition, don’t be afraid of feeling the negative emotions that come with a health battle. Anger, shame, fear, anxiety – they’re all to be expected.

Evelyn Reyes-Beato is a resilient woman who’s also had to deal with the complexity of emotions during her colon cancer journey. She comes from a culture where health issues and feelings aren’t normally talked about, but she found that expressing her emotional pain was a big factor in helping her overall physical health.

“You have to let it out,” Evelyn previously told SurvivorNet. “Your mental and your emotional help your physical get in line. If you keep all of the emotions in, the way I see it, is that stuff is going to eat you up inside and it’s not going to let you heal.”