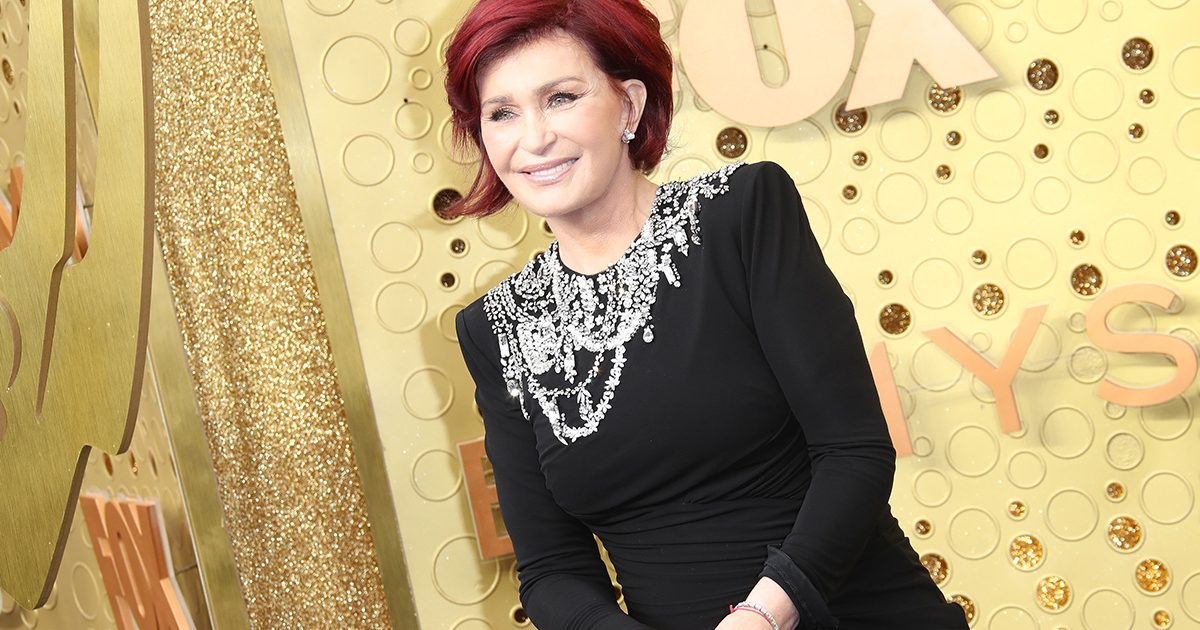 Life goes on after a cancer battle. And it’s nice to see colon cancer survivor Sharon Osbourne, 70, thriving as a grandmother after all she’s been through.

Over the weekend, the British-American television personality and wife of rocker Ozzy Osbourne took the time to meet up with her son Jack Osbourne, 37, his fiancée Aree Gearhart, 31, and their daughter in Los Angeles. Jack and Aree welcomed Maple, their first baby together, in July of this year.

Read More
Sharon looking glowing as ever for the rendezvous, but the meeting comes just eight months after she opened up about a “horrendous” facelift she had last year. “I’m telling you, it was horrendous. [To the surgeon] I’m, like, “You’ve got to be f***** joking. One eye was different to the other. I looked like a f***** Cyclops. I’m, like, “All I need is a hunchback,”‘ she said. “I had a full facelift done in October and I looked like one of those f***** mummies that they wrap [with bandages]. “It hurt like hell. You have no idea.”

She’s since had the procedure “redone,” and seems to be happy with her look. But all of the cosmetic operations pale in comparison to the life-saving surgery she underwent in 2002.

Sharon received her colon cancer diagnosis in 2002 at age 49. She had no family history of the disease.

For treatment, she underwent surgery to remove a foot of large intestine and some surrounding lymph nodes on July 3, 2002. This surgery revealed that one of her lymph nodes was cancerous, meaning the disease had spread beyond her colon.

Her cancer was eventually deemed to be stage three, and she needed chemotherapy to kill any cancerous cells left behind. Thankfully, she had the support of her family along the way.

Ozzy even called up Robin Williams hoping the comedian would visit and help cheer up his wife when she was struggling both physically and emotionally during chemo.

“I just remember sitting at the bottom of the stairs and we went from crying, not knowing what to do, to just peeing ourselves laughing because we could hear Mom upstairs in her room laughing with Robin,” one of Osbourne daughters, Kelly, said of the visit. “And, the next day it changed everything and Mom went back to chemo.”

Sharon’s chemotherapy treatments lasted for three months. Thankfully, they were successful, and the television personality is still cancer-free today.

But that doesn’t mean Sharon Osbourne’s cancer concerns were over after her colon cancer battle. She later revealed she underwent a preventative double mastectomy after discovering she had a genetic mutation that raised her chances of developing breast cancer. A prophylactic, or preventative, mastectomy is a procedure where breast tissue is removed to prevent cancer from developing in the future.

Is a Preventative Mastectomy Right for Me?

“As soon as I found out I had the breast cancer gene, I thought: ‘The odds are not in my favour’,” Sharon said in 2012. “I’ve had cancer before and I didn’t want to live under that cloud: I decided to just take everything off, and had a double mastectomy.”

The operation took 13 hours, but Sharon was happy with her decision.

“For me, it wasn’t a big decision, it was a no-brainer,” she said. “I didn’t want to live the rest of my life with that shadow hanging over me. I want to be around for a long time and be a grandmother to Pearl… I didn’t even think of my breasts in a nostalgic way, I just wanted to be able to live my life without that fear all the time.

“It’s not ‘pity me’, it’s a decision I made that’s got rid of this weight that I was carrying around.”

Osbourne did not share details about the genetic findings, but a mutation in the BRCA1 or BRCA2 gene is known to increase a woman’s risk of developing both breast and ovarian cancer.

“Risk reducing mastectomies are an operation where we take women at, usually, very high-risk for getting breast cancer … for genetic mutation carriers, who are the ones at the highest risk, there’s unfortunately only one way to actually prevent breast cancer,” Dr. Elisa Port, Chief of Breast Surgery at Mount Sinai Health System, previously told SurvivorNet.

If you, like Sharon, discover you have a mutation, it’s important to talk to your doctor about options.

“Women who are found to test positive for a genetic mutation really have two options,” Dr. Port said. “One is what’s called high-risk surveillance, which means we check them every six months or so — mammograms, MRIs — with the hope that if, God forbid, they develop breast cancer, we pick it up early. But that’s not prevention, that’s early detection.

“Early detection is a goal, it’s not a guarantee. For the woman who wants to be more proactive about actually preventing breast cancer, or as we say reducing her risk, unfortunately, the only way to do that is to remove the actual tissue at risk and that is the breast tissue.”

RELATED: How Is Rectal Cancer Treated Differently Than Colon Cancer?

Treating Colon Cancer at Stages One, Two and Three

When it comes to treatment for colon cancer at stages one, two and three, there is the potential for a curative effect with surgical resection.

“As long as it hasn’t spread outside of the local area, it’s still considered a curable colon cancer,” Dr. Yeo told SurvivorNet.

According to Dr. Yeo, all patients with stage one to three colon cancers undergo surgery “if they’re healthy enough to tolerate it.” But there’s more nuance to the possibility of additional treatment for stages two and three.

“Stage 2 a little bit more in between,” she said. “It really depends on kind of the depth of the tumor into the colon wall and the risk that it has to spread.

If a stage two colon cancer has “bad features” identified by a pathology report, chemotherapy might be the right move.

“For example, if when they look at the pathology slides under the microscope, if they see that it’s involving some of the vessels nearby, then that is a higher risk factor,” she explained. “And then, those patients might be more likely to benefit from chemotherapy.”

Stage three colon cancers have spread to the lymph nodes. So, these patients “at least need a conversation of chemotherapy,” according to Dr. Yeo.

“For our patients with 3 or higher, they all need chemotherapy,” Dr. Yeo said.

Gratitude for Family & Life: ‘Country Ever After’ Star Criscilla Anderson is Living it Up Amid Stage 4 Colon Cancer Battle