Can Fish Consumption Lead To An Increased Cancer Risk? 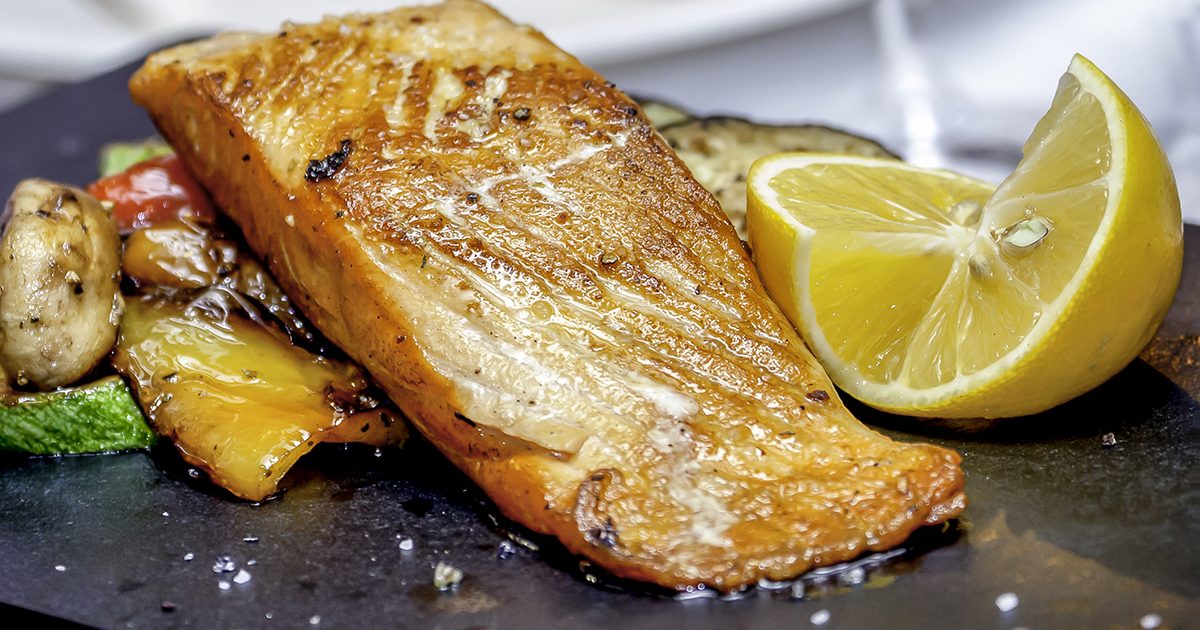 Our diet’s relationship to cancer has long been a hot topic of conversation. But new data from the US Environmental Protection Agency (EPA) suggests we may want to rethink our consumption of fish.

According to a study of data from the EPA just published in the journal Environmental Research, locally caught freshwater fish across the country are likely a significant source of exposure to PFOS, or perfluorooctane sulfonic acid, and other perfluorinated compounds.

Read More
This is problematic because PFOS are a part of a family of manufactured additives known as “forever chemicals,” or perfluoroalkyl and polyfluoroalkyl substances (PFAS) which may lead to or increase the risk of a variety of health problems including the development of some cancers. RELATED: New Research Finds Connection Between Fish Consumption & Increased Melanoma Risk. But Experts Aren’t Being So Quick to Dismiss the Food “The levels of PFOS found in freshwater fish often exceeded an astounding 8,000 parts per trillion,” said study coauthor David Andrews, a senior scientist at the nonprofit environmental health organization that analyzed the data (Environmental Working Group). “Consuming even a single (locally caught freshwater) fish per year can measurably and significantly change the levels of PFOS in your blood.”

But in order to understand these results, let’s take a deeper look at what PFAS are, in general.

According to the U.S. Environmental Protection Agency, PFAS are “widely used, long lasting chemicals, components of which break down very slowly over time” that “are found in water, air, fish, and soil at locations across the nation and the globe.”

Given their widespread use and persistence in the environment, there are many PFAS in the blood of people and animals everywhere. This also means that they are present at low levels in a variety of food products as well as in the environment.

With thousands of PFAS chemicals and their prevalence in a variety of different places, the EPA acknowledges that there is still a lot more to learn. And that includes learning about their impact on human health and environmental risks.

Are the Toxins in Our Environment Making Us Sick?

As far as the PFAS connection to cancer, the EPA says current peer-reviewed scientific studies have shown that exposure to certain levels of PFAs may lead to an “increased risk of some cancers, including prostate, kidney, and testicular cancers.”

It’s important to know, however, that our experts say we are exposed to carcinogens – substances that can cause cancer – every day. Even still, many people will never develop the disease.

“We create carcinogens all the time in our foods when we cook them, and very few of us get cancer because our bodies can handle them,” Dr. Robert Wright, chair of the Department of Environmental Medicine and Public Health at Mount Sinai, previously told SurvivorNet. “But some people have susceptibilities to these environmental carcinogens, which might be genetic or might be caused by combinations of carcinogens.”

Dr. Wright also said no one trigger is usually going to cause cancer, but cancer could be the result of a combination of environmental triggers.

Studies have shown that diet can influence cancer prevention. Heavy alcohol consumption and obesity have been linked to a number of cancers, so it’s a good idea to exercise and maintain a diet that incorporates more fruits and vegetables, whole grains and lean proteins while decreasing sodium and added sugar intake.

But healthy diet recommendations for cancer-related concerns can differ depending upon who you ask. If you ask Mount Sinai’s Dr. Wright, he simply recommends exercising and eating well – “that means eating more vegetables and less meats, particularly red meats.”

Sugar, specifically, has attracted a lot of attention for a possible role in cancer, but overwhelming medical evidence finds that sugar itself does not cause cancer, though there is a lot of evidence that being overweight is correlated with increased risk for some cancers. SurvivorNet has previously found that credible sources such as Memorial Sloan-Kettering, M.D. Anderson Cancer Center and the Mayo Clinic all came to that same conclusion as well.

But there is still some debate on the subject. Dr. Brian Berman, director of the center for integrative medicine at the University of Maryland, believes sugar does, in fact, fuel cancer.

Below we have shared his views not because it is of equal scientific weight to the sources cited above, but rather because it is a view that does get a lot of attention and press.

There are also articles that often get published saying ‘this fruit’ or ‘that vegetable’ is the magical cure to cancer. Unfortunately, that’s not necessarily the case.

Leading oncologists say it is always hard to use studies of a single food to make sweeping generalizations about their impact on health. There are many factors that can determine health risk and it is difficult, and perhaps impossible, to say that a single food such as mushrooms can have a direct impact on cancer risk. Many other factors such as overall diet, environmental risk, genetics and exercise play a role.

“What we haven’t figured out for cancer is, what is the combination of risk factors that end up leading to a particular person getting cancer,” Dr. Wright told SurvivorNet. “The goal [in the future] is to identify those people who are more susceptible to cancer and to give them counseling and foods that they can eat and other habits like exercise that can reduce their risk. Right now, we’re not really good at predicting that.”