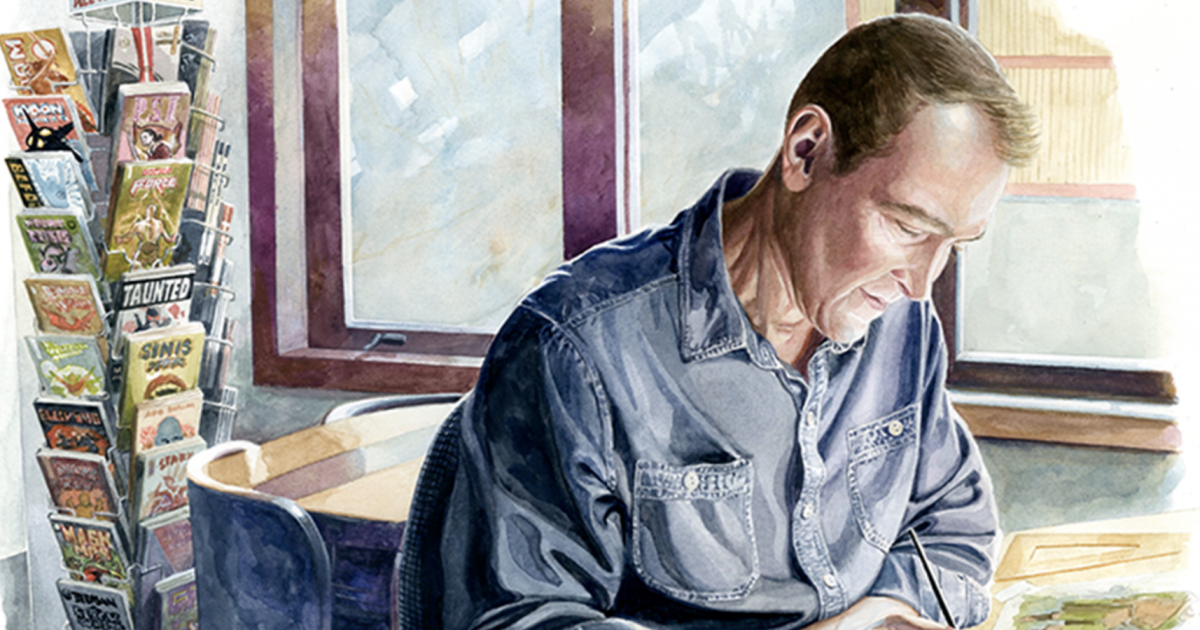 When comic book artist J.G. Jones — known for his work with publishers such as DC Comics and Marvel — started experiencing extreme fatigue 10 years ago, he chalked it up to being overworked. But when he began to  fall asleep at his drawing table, he decided it was time to check things out.

“I’d think I was just putting my head down for a minute, and I’d wake up hours later,” he tells SurvivorNet. “I decided it was time to start listening to my body, to get a handle on what was going on.”

Read More
Jones was diagnosed with a rare blood cancer called polycythemia vera (PV), a part of a group of blood cancers known as myeloproliferative neoplasms (MPNs), which are diseases of the blood cells and bone marrow. Sometimes both conditions are present. RELATED: “Potentially Curative” New Drug Could Help Thousands Of People With Chronic Lymphocytic Leukemia Now, to help spread awareness of the disease, Jones has work appearing in a new campaign that launches on Rare Disease Day on Feb. 29. Called Rare Reflections: MPNs Unmasked, the campaign features a series of portraits by Jones, who uses graphic art to tell the personal stories of people affected by the disease.

In the process of working on the Rare Reflections campaign, Jones says, he has discovered a new community.

“I get to hear their stories firsthand and strike up a relationship with them and talk about their journeys and what’s been going on for them, and it’s really great to be involved in a community,” he says.

MPNs — also called myeloproliferative disorders, or MPDs — are a collection of blood disorders that are believed to be caused by mutations in bone marrow stem cells, according to the UCSF Health. These stem cells normally give rise to mature cells found in the blood, such as red blood cells, which carry oxygen, white blood cells, which fight infection, and platelets, which facilitate blood clotting, it says. In MPN, mutations cause the affected stem cells to produce an abnormal number of these cells. More than 200,000 people in the U.S. are estimated to be living with an MPN.

It is notoriously under-diagnosed, mainly because the symptoms, as in Jones’ case, can be mistaken for many other conditions.

“People with rare diseases, like MPNs, are often overlooked because their conditions are misunderstood, or little is known about them,” Dr. Krisstina Gowin, DO, assistant professor of medicine at the University of Arizona, tells SurvivorNet.

“Some relatively common symptoms of MPNs – such as fatigue, headaches and dizziness – are often associated with aging, as well as a variety of diseases, which can delay diagnosis and treatment,” she says.

Jones regards his diagnosis of PV — which has since developed into a diagnosis of MF, one of the other types of MPN — as a wake-up call, and a chance to embark on new projects.

“My perspective really changed after my diagnosis,” he says. “I decided to stop putting off a number of personal projects that I’m always playing with but had always been so busy to finish. So I’ve been using my recovery time [from a recent stem-cell transplant] to restart work on a graphic novel and I’m having a ball writing and drawing and painting again.”

In his long career as a well-known cover artist and illustrator, which began in 1994, Jones appreciates the storytelling nature of comics. “It’s an amazing time in comics, with an explosion of new talent and new titles, and a lot more diversity in the industry,” he says. “Comics are a medium, not a genre, and they can be a great way to spread a message.”

His personal message to others when it comes to MPN is to pay attention to your symptoms early on.

“If you think something’s wrong, go find out,” he says. “I brushed off my symptoms at first, but when I finally got them checked out, it was actually a bit of relief because I finally understood what was causing them. You can live with these diseases, and as long as you’re on top of things, paying attention to symptoms, and doing your follow-up appointments, you can get the treatment you need.”

The Amazing Rita Wilson’s New Film About Choosing Life; How She Beat Cancer & Became A Songwriter