Dancer Cheryl Burke, 38, Is Focusing On Her Mental Health After Retiring From ‘Dancing With The Stars’: ‘I’m Really Into Mental Health Right Now’ 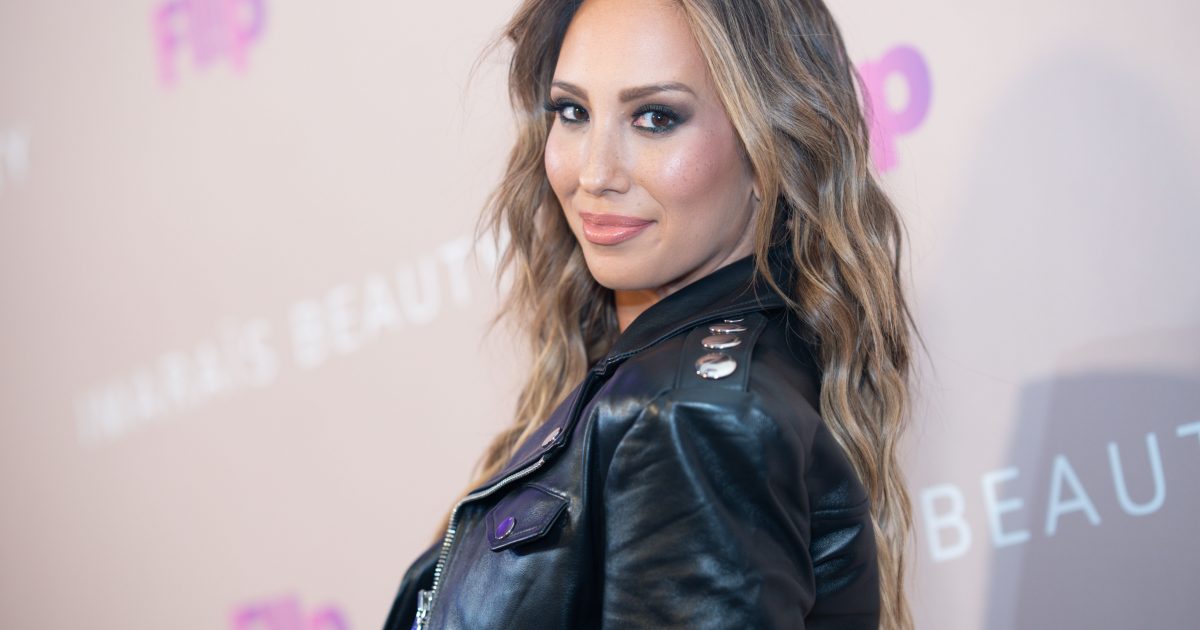 The Importance of Mental Health

Cheryl Burke, 38, has spent almost 17 years of her life on Dancing with the Stars. But now the beloved performer is taking a step back to turn her attention to something she’s passionate about: mental health.

Burke is a “Dancing With the Stars” alum. She first auditioned for the show as a professional Latin dancer in 2005, and the rest was history.

Read More
Since participating in 26 seasons of the show, she holds the record as the first professional dancer to win two consecutive seasons.

This past season, Burke was partnered with “Good Morning America” weather anchor Sam Champion. The two were eliminated during the fourth episode in October.

“I am sitting here full of so many conflicting emotions about the words I am about to write,” she penned in an emotional Instagram post on November 20. “Tomorrow night will officially be my final dance as a pro dancer on @dancingwiththestars. This has been one of the absolute hardest decisions of my life & I am also confident that it is the right one.”

“The cast, crew & fans have seen me through my highest highs & some of my lowest lows, & I honestly don’t know who I would be today without them,” she wrote. “I also know that it is time for me to begin the next phase of my career, although dance will always be a part of me. I am excited about the idea of evolving, about being challenged in new ways, having the ability to expand my commitment to mental health advocacy, focusing on my new found love for podcasting, & I’m ready to face the uncertainty (though it’s scary as sh**) of what the future holds – I do have a few things up my sleeves though, so don’t worry.”

In a conversation with E! News, Burke expanded on the role mental health will play in her retirement from “Dancing with the Stars.”

“I’m really into mental health right now,” she said at Nov. 21’s finale taping. “I believe that I’ve been given and blessed to have this platform to be able to talk about my own experience. I’m no professional, but I do know how I help people by talking about my journey.”

Burke also mentioned that she wants to start a dance program next year that “has to do with mental health and movement” in addition to working on her “Burke In the Game” podcast. She even teased that there may be another TV show in the works.”

Mental health should be a priority for everyone. So, it’s important to be aware of the following signs that there may be something affecting your mind:

Symptoms of a mental health disease or issue can vary from person to person, so it’s always crucial to promptly speak with a healthcare provider if you’re experiencing any changes to your physical or mental health. There are many treatment options available and many different healthy ways to help you cope.

One such option is therapy. In a previous conversation with SurvivorNet, ovarian cancer survivor Ni Guttenfelder talked about how finding the right counselor helped her process the feelings that came after her diagnosis.

“If we can combine our actions in the world with reflective self inquiry, love and compassion, and a state of secure, stable, ornamental, peaceful being without the addictions that humans have, then we can begin our journey of healing,” Dr. Chopra explained.

Dr. Brian Berman, director of the Center for Integrative Medicine at University of Maryland, takes SurvivorNet through a guided meditation

Medicating isn’t the right choice for everyone when it comes to addressing a mental health issue, but there should be no shame in turning to medication when you need it. That being said, it can be hard to find the right one. These days, however, there is a form of genetic testing that has shown the ability to match people with the best medication for mental health treatment.

We’ve seen genetic testing used for treatment plans for other diseases, such as certain types of cancer, but the ability to use it to help people who are suffering from things like anxiety and depression is relatively new.

How Can Genetic Testing Help Determine the Right Form of Mental Health Treatment?

Genetic testing can give a profile of how a person is likely to respond to different types of psychiatric medications, Dr. Plutchik explained. Testing is also available to create a profile of how patients will likely respond to different sorts of pain medications, which can be really beneficial for those going through some other sort of health issue.

The genetic test that Dr. Plutchik was discussing, Genomind, looks at multiple factors before determining which treatment is likely to have successful results and minimal side-effects. The test examines certain genes that are associated with responses to medications commonly prescribed for mental health issues and then looks into the patient’s ability to metabolize medication.

If you’re considering going on medication for mental health treatment, consider asking your doctor if genetic testing might be helpful for you.

Psychologist Marianna Strongin Offers Advice On Managing Anxiety as a Cancer Patient or Survivor Mental Health for Cancer Survivors Prioritizing Mental Health & Acceptance After a Cancer Diagnosis
NOW
PLAYING
Outpouring of Support For 'Lord of The Dance' Star Michael Flatley, 64, Just Diagnosed With 'Aggressive' Cancer
NOW
PLAYING
'My Heart Will Go On' Singer Celine Dion, 54, Marks Emotional Anniversary of Titanic Song As She Battles Stiff Person Syndrome
NOW
PLAYING
Hugh Jackman, 54, Says He's In Therapy To Deal With The Childhood Trauma Of Abandonment-- How To Get Help For Your Mental Health
NOW
PLAYING
Tyler Perry Reveals He Attempted To Take His Own Life More Than Once
NOW
PLAYING
Actress Mena Suvari, 43, Says She Struggles With Postpartum Depression 'Every Day' – Telling Her Story To Help Others
NOW
PLAYING
Prayers For Rain Brown, 19, From 'Alaskan Bush People' As She Seeks Help For Her Mental Health For Mental Health After Losing Her Father

Hugh Jackman, 54, Says He’s In Therapy To Deal With The Childhood Trauma Of Abandonment– How To Get Help For Your Mental Health

Tyler Perry Reveals He Attempted To Take His Own Life More Than Once. Now He’s The ‘Happiest [He’s] Ever Been.’ Here’s How You Can Take Care Of Your Mental Health.

Actress Mena Suvari, 43, Says She Struggles With Postpartum Depression ‘Every Day’ – Telling Her Story To Help Others