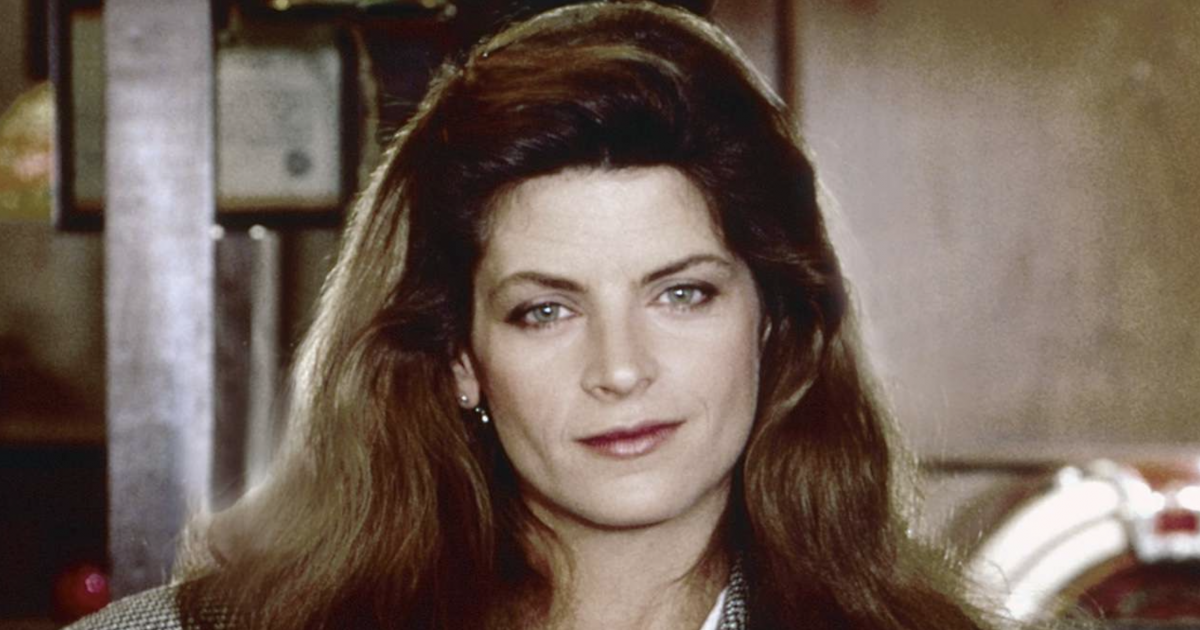 Cheers actress Kirstie Alley tragically passed away at the age of 71 after a recent diagnosis of colon cancer. Alley was a practicing Scientologist, which raises the question of whether standard cancer treatment is encouraged or allowed. Many people turn to faith and prayer during cancer treatment and to cope with diagnosis.

In a statement to People, Alley’s children True and Lillie Parker confirmed that she died on Monday. A rep for Alley also confirmed to the news outlet that she had colon cancer prior to her death.

Read More
“We are sad to inform you that our incredible, fierce and loving mother has passed away after a battle with cancer, only recently discovered,” they said in a statement. “She was surrounded by her closest family and fought with great strength, leaving us with a certainty of her never-ending joy of living and whatever adventures lie ahead,” they continued. “As iconic as she was on screen, she was an even more amazing mother and grandmother.” The statement was also shared on Alley’s Instagram page alongside a photo of the beloved actress.

“Born in Kansas in 1951, Alley moved to Los Angeles with a mind to becoming an interior designer and to pursue her interest in the Church of Scientology, which she joined in 1979,” reports the Irish Times.

While it’s unclear what medical care Alley went through for her cancer, there’s been serious debate as to whether Scientology allows professional medical care or not when it comes to battling diseases.

Fellow celebrity Scientologist Tom Cruise has vehemently stated previously that the religion does encourage doctor visits, routine checkups, and standard medication when someone has an illness.

In addition, the Church of Scientology state on their website that they do not interfere with followers turning to conventional medicine.

“The Church of Scientology has always had the firm policy of not diagnosing or treating the sick. Medical doctors are trained to deal with the physical aspects of illness and injury. A Scientologist with a physical condition is advised to seek and obtain the needed examination and treatment of a qualified medical professional. Independent of any medical treatment, a Scientologist then addresses any accompanying spiritual trauma connected to that condition,” it continued.

However, actress Leah Remini, a former Scientologist, has cast doubt on those claims. She’s stated that Scientology leaders will prevent followers from seeking professional medical help and instead focus on their own technology and prayer to try to “cure” illnesses.

The details of Alley’s colon cancer diagnosis have yet to be disclosed, but we at SurvivorNet have many resources on who and when you should be getting screened.

Colon cancers begins as a polyp, or small growth, in the colon that causes no symptoms. Although polyps can’t be felt, they can be picked up by screening tests before they cause a problem. It takes up to 10 years for a colon polyp to become a full-blown cancer, which gives doctors time to remove the polyp before it causes a problem.

Dr. Heather Yeo is a medical advisor to SurvivorNet and board-certified in general surgery, colon and rectal surgery, and complex general surgical oncology. She explains the best and most complete way of screening is a colonoscopy every 10 years.

“In general, you should get your first colonoscopy at age 45 but the guidelines differ depending on your risk category. If you have a close relative who had colon cancer, a rule of thumb is to get screened 10 years prior to their age of diagnosis to make sure any growths or cancers are caught early,” said Dr. Yeo.

Colon Cancer Screening is Extremely Important; Guidelines Now Say to Start at Age 45 if There Is No Family History

There are many people out there who believe in the power of prayer. And though it’s not necessarily for everyone, turning to faith may help you get through the emotional and physical tolls of a cancer journey.

For instance, a 2015 National Health Interview Survey found that 69% of cancer patients reported praying for their health compared to 45% of the general United States population.

Dr. Murrell On Turning To Prayer

The results of this study showed that while all groups ranked the oncologist’s recommendation as most important, patients and caregivers ranked faith in God second, but physicians ranked it last. This suggests that, for some people, faith is an important factor in medical decision making, more so than even the efficacy of treatment.

Additionally, a study published in The Journal of Medicine and Life suggests that “religious beliefs and religion belongings can be a real relief and can have an excellent effect on the future of the patients.” The researchers even go as far to say that there is “a significant relationship between praying and life expectancy” and “the patients can overcome their illnesses with the help of praying and of other religious actions, thus helping them gain more power and being able to control their illnesses, as they know a lot about their sickness therefore they can stand the pain and suffering and become hopeful to future.”

For some people, turning to faith can be a great way to keep spirits high when cancer starts taking an emotional and/or physical toll. New York City Presbyterian Pastor Tom Evans previously spoke with SurvivorNet about the importance of find ways to cope with the complex web of feelings you may be experiencing after a cancer diagnosis.

'My Faith Has Been Very Important' — Louisville Ovarian Cancer Survivor Monica Layton’s Story ‘Family, Friends & Faith’: Ovarian Cancer Survivor Diana Faison Keeps it Positive Faith, Patience, & Kindness Have Been Gary Breshears’ Allies in Caring for His Wife With Lung Cancer Anything That Comes, I’m Ready for It: How Faith Carried Sharon Spencer Through Cancer ‘Faith, Family, and Friends’ Helped Beverly Reeves Get Through Ovarian Cancer Treatment
NOW
PLAYING
Breast Cancer Warrior Announces The 'Early Retirement' Of Her Breasts
NOW
PLAYING
Prayers Answered: Father Of Three, 31, Told To Get Affairs In Order Turns Out To Have Rare Gene To Fight Cancer
NOW
PLAYING
Colon Cancer Awareness: Kirstie Alley's Passing Sheds Light On Importance Of Screening
NOW
PLAYING
Lean Into Faith Says ABC's Robin Roberts: 'That Obstacle May Be Too Big For You But Not For Him'
NOW
PLAYING
Addiction, Now Cancer — Pray For Pele, 82, The Magical Brazilian Soccer Player
NOW
PLAYING
How Remarkable Justice Ruth Bader Ginsburg Managed To Overcome Multiple Cancers For So Many Years & Work Until The End