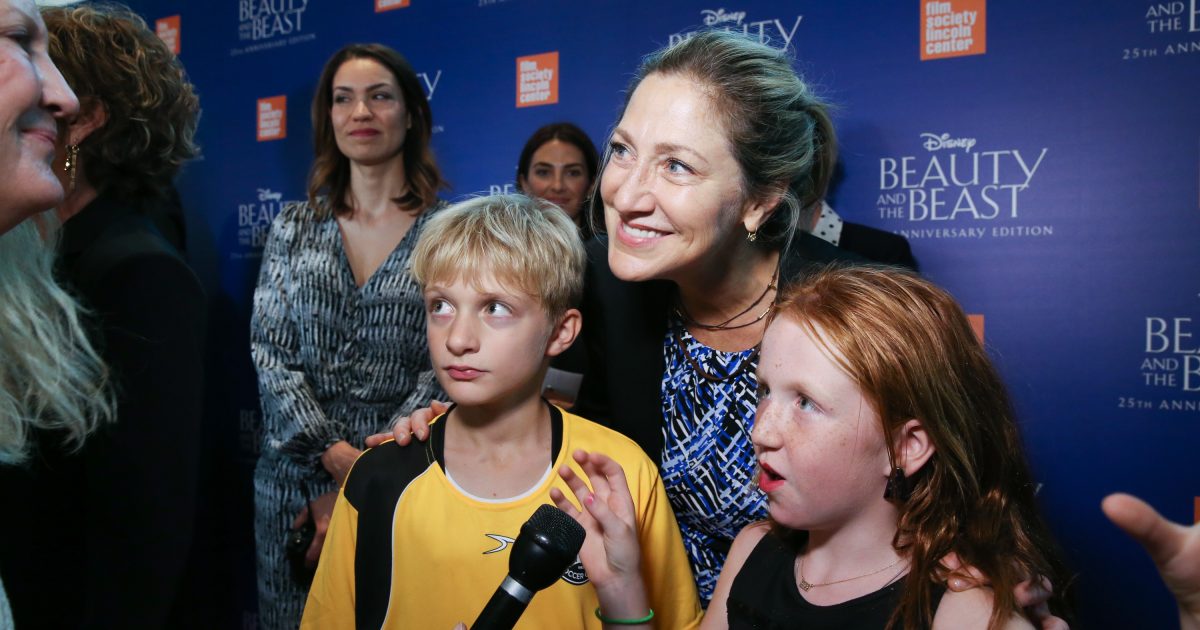 Edie Falco, 59, is making a splash with her new film Avatar: The Way of Water.  But did you know the American actress is also a breast cancer survivor?

Falco is known for playing Carmela Soprano on the HBO series “The Sopranos” and Nurse Jackie Peyton on the Showtime series “Nurse Jackie,” but the beloved actress’ latest project forces her to step away from the real world and dive into an imaginative one.

Read More
With the film being released as sequel to the highly successful movie Avatar a whopping 13 years later, it should come as no surprise that the production and its cast have received quite a lot of press. But instead of focusing on her successful career and upcoming film, we’d like to focus on her story as a breast cancer survivor.

Edie Falco was diagnosed with breast cancer in 2003 in the midst of shooting season three of “The Sopranos.”

“I was diagnosed in the morning, but I had to be at work at 1:00 to shoot a scene in which Tony and Carmela were sitting at a table — I think it was after they had separated — and Tony said something like, ‘I’m going to take you for every cent you’re worth,'” she told the Television Academy Foundation. “I couldn’t remember my lines; it was a real out-of-body experience. I couldn’t process the news I had just gotten, and I hadn’t really told anyone but executive producer Ilene Landress, who is still a good friend.

We don’t know much about Falco’s course of treatment, but it was about eight months long. All the while, she stayed busy at work.

“They always used my real hair in the show, and then I had to talk to them about making wigs, so the hairdresser knew about it, too,” she said of filming “The Sopranos” during treatment. “They started getting me ready in my own little section of the trailers so I could have privacy.

“But other than that, things just sort of chugged along. I dealt with this on my own, with my friends and my family, which is what worked for me.”

Falco was deemed healthy in the spring of 2004. At the same time, she came to the very important realization that she wanted to be a mother.

“I never really thought I’d have kids,” she told the Las Vegas Review-Journal. “Then the cancer thing kicked in. Once I realized I wasn’t going to die, it was like a light going on. I knew I wanted to be a mother.”

“They’re amazing children and we bring out the best in each other, which is what family should do for each other,” she said of her children.

Breast cancer is a common cancer that has been the subject of much research. Many women develop breast cancer every year, but men can develop this cancer too – though it is much more rare, in part, due to the simple fact that they have less breast tissue.

“These receptors, I like to imagine them like little hands on the outside of the cell, they can grab hold of what we call ligands, and these ligands are essentially the hormones that may be circulating in the bloodstream that can then be pulled into this cancer cell and used as a fertilizer, as growth support for the cells,” Dr. Elizabeth Comen, a medical oncologist at Memorial Sloan Kettering Cancer Center and a medical advisor to SurvivorNet, previously told SurvivorNet.

Edie Falco was healthy enough after her treatment to have children via in vitro fertilization, but the Avatar star decided to have children through adoption. And though infertility can be a side effect of some cancer treatments, it’s important to know there are options to consider.

Fertility preservation, for example, is available to women of childbearing age. Options for women include:

No matter what course of action you choose to take, it is crucial that all women feel comfortable discussing their options prior to cancer treatment.

In a previous conversation with SurvivorNet, Dr. Jaime Knopman said time was precious when dealing with fertility preservation for women with cancer. In other words, the sooner the better when it comes to having these important fertility conversations with your doctor.

“The sooner we start, the sooner that patient can then go on and do their treatment,” Dr. Knopman said. “A lot of the success comes down to how old you are at the time you froze and the quality of the lab in which your eggs or embryos are frozen in.”

When it comes to breast cancer patients specifically, there are some unique challenges for women with the disease. Dr. Elizabeth Comen outlined them for us in a previous interview: