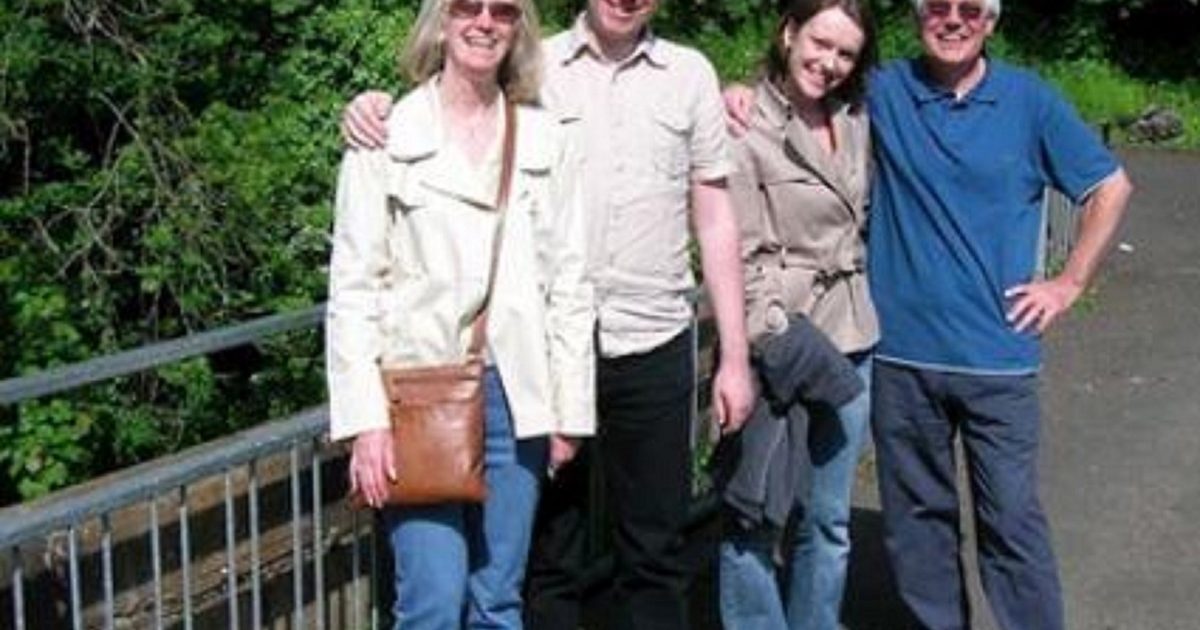 One cancer diagnosis in a family is devastating enough. In Glasgow, Scotland, all four members of the Cobban family have had to battle cancer separately.

Anne Peters and daughter Claire Cobban have both survived breast cancer, losing Graham, their husband and dad respectively to kidney cancer, and then their son and brother Mark to a rare form of urachal cancer.

Read More
“I was 38 and my younger son was just 18-months-old when I was diagnosed with cancer.” Claire told the Glasgow Times. “Mum and I were still struggling with the loss of my brother and my dad as we missed them so much.” Mark was just 33 when his urachal cancer was discovered. It took his life just months later in 2011. “By the time he had symptoms and was diagnosed, the disease had spread “extensively,”  said Claire.

The loss came as a huge shock to the family with Mark passing away at just 34 years old. 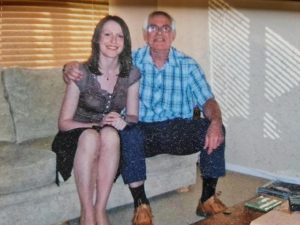 Urachal cancer is a rare type of bladder cancer. The urachus is a structure normally only present during development in the womb that connects the bellybutton and the bladder. This connection normally disappears before birth, but in some people it remains.

According to the National Center for Advancing Translational Sciences, urachal cancers are usually diagnosed in adults in their 50’s and 60’s and may develop at the dome or anterior wall of the bladder, along the midline of the body, including the belly button. Most Urachal cancers develop from gland cells. Others may be sarcomas which develop from connective tissue. Most patients with urachal cancer have symptoms of blood in their urine. Other symptoms may include abdominal pain, a palpable abdominal mass, and urine bacteria.

About Kidney Cancer
Kidney cancer is a disease caused by development of cancerous cells in the kidney. This causes blood in urine, a lump in the abdomen, low back pain, sudden weight loss, extreme fatigue and fever. The American Cancer Society recommends urgent medical attention by healthcare providers after a kidney cancer diagnosis. Certain types of this disease can be dangerous or life threatening if untreated. The most common form of treatment is surgery to remove the tumor or the entire kidney and surrounding tissue. Because advanced kidney cancer is very hard to cure, clinical trials of new combinations of targeted therapies, immunotherapy, or other new treatments are also options.

Just a few years after Mark’s death, Graham was diagnosed with kidney cancer and he passed away in 2017. His cancer had also spread when he was diagnosed and did not respond to treatment, leaving Claire and Anne facing a second brutal loss in 2017.

Then, still reeling from the loss of her brother and dad, Claire was diagnosed with breast cancer less than a year later, just days before her 39th birthday.

It was May 2018, Claire found a lump in her breast but said she was not “unduly concerned.” Yet she went to have it checked out just in case.

“I know only too well the impact this terrible disease has on families,” she said. “I was 38 and my younger son was just 18-months-old when I was diagnosed with cancer.”

Claire underwent surgery, then six months of chemotherapy and radiotherapy, with her mother Anne helping to care for her, and her children eight year old Alexander and five year old Archie.

“Mum was brilliant. She’d come to stay, make dinner for our boys if I didn’t feel great, help keep things ticking along and just listen if I wanted to talk,” recalled Claire. “I’m proud of how my mum has tackled everything.”

As part of her recovery, Claire exercised regularly with her personal trainer and partner David, who waited until she finished her treatment to propose on Christmas Day.

There were hopes the family could finally put cancer behind them.

“When Claire got this diagnosis I remember saying to all my friends it should be me,” said her mother Anne. “And then last year I myself was diagnosed with breast cancer.

Claire said it soon became her turn to nurse her mother, the way Anne had nursed her.

“Last year when mum got news she had breast cancer the tables were turned and I helped her.”

Anne, 69, says she didn’t realize all that Claire had gone through, until her own cancer treatment began.

“I have found it very, very difficult to be perfectly honest and she’s just been incredible.

“She’s been there every step. I am so proud. She has two young children, she’s working. She just does so much and it shows you what folk can do. She really is an inspiration and I love her to bits.”

Breast cancer is a type of cancer that starts in the breast, either in one or both breasts. Cancer starts when cells begin to grow out of control and occurs almost entirely in women, but men can get breast cancer too. The American Cancer Society says a small number of cancers start in other tissues in the breast. These cancers are called sarcomas and lymphomas and are not really thought of as breast cancers.  It’s important to understand that most breast lumps are benign and not cancerous. Non-cancerous breast tumors are abnormal growths, but they do not spread outside of the breast and they are not life threatening, but some types of benign breast lumps can increase a woman’s risk of getting breast cancer. Any breast lump or change needs to be checked by a health care professional to find out if it is benign or malignant .

Claire and her mother Anne are now both in cancer remission, and have pledged to now use their fight to help others.

“It has drummed home to me the fact there is a lot of work still needing done to understand the different forms of cancer, how they can get diagnosed and treated so they can respond to medication,” said Claire. “While there have been huge advances in treatment options for more common cancers like breast cancer, there is so much more to do.”

Every year around 33,000 people are diagnosed with cancer in Scotland and one in two people in the United Kingdom born after 1960 will get cancer in their lifetime.

For Claire, her mother Anne, and the rest of their family, cancer has brought a mix of devastation and survival.