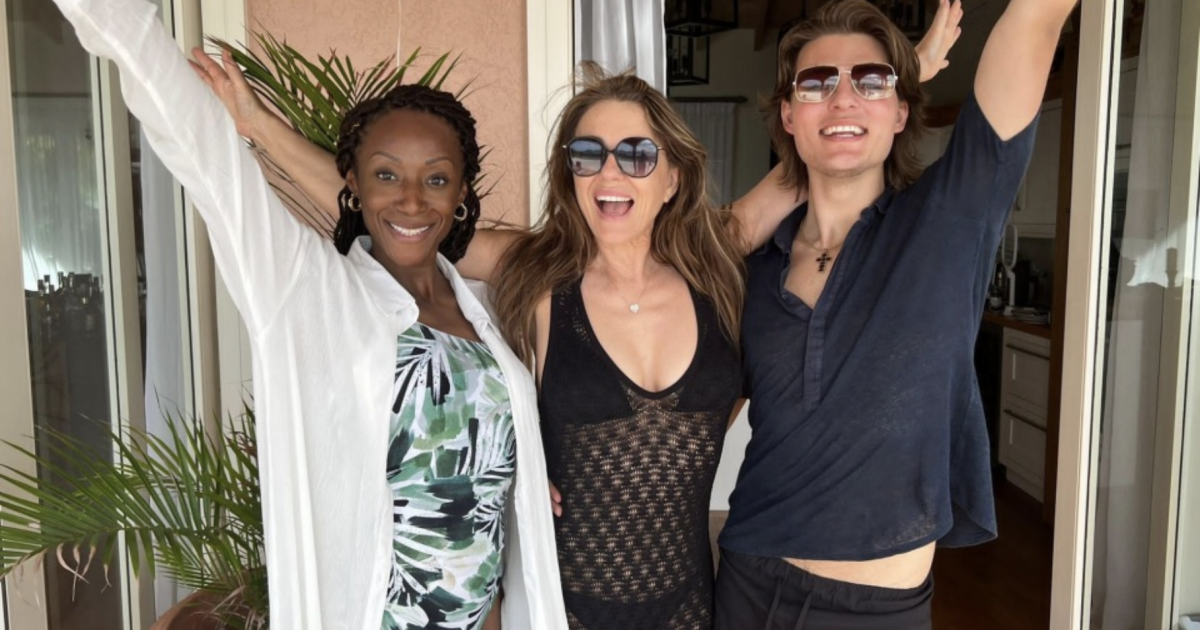 Feeling sexy again and gaining self-confidence can be difficult for many women who have had a mastectomy or reconstructive surgery after breast cancer. The same goes for actress Victoria Ekanoye, 40, who, following a double mastectomy and reconstructive surgery, didn’t feel like herself until actress Elizabeth Hurley and her bikini brand changed everything.

“It was a bikini from Elizabeth’s range. They were like, ‘This bikini will look amazing on you’, so I tried it on,” Ekanoye told The Sun, in an interview.

Read More
“That was a really big moment for me. I hadn’t worn a bikini since my surgery and I had insecurity swirling around in my head, but they made me feel really comfortable,” she continued. Hurley and her son Damian, who is also in the film business, got Ekanoye to pose for some pictures in the bikinis.

Ekanyoe told The Sun: “Damian said, ‘Get in front of that window’, and then started taking all these photos of me.”

“He’s incredibly talented. His eye captured something really special and I felt so proud when I looked at the photos he had taken,” she continued. “It was such a turning point for me psychologically.”

The former star of British soap opera Coronation Street was diagnosed with breast cancer in 2021 after discovering a lump in her breast while breast feeding, according to The Sun.

“It makes you aware of your own mortality — and with a young son, that was incredibly hard to think about,” said Ekanoye. “I was more aware of breast cancer than most because I’d watched my mum, Candy, and my auntie Tracy go through it.”

Should I Get Genetic Testing Done?

The short answer is ‘yes,’ if you have a close relative who inherited an increased cancer risk you may want to consider testing. But there are some things you should know before you go.

“If somebody in your family is found to have a genetic predisposition to cancer, whether it be breast cancer or any other type of cancer, the first step is to start testing relatives most closely related to you,” says Rachel Webster, a genetic counselor at MD Anderson Cancer Center. “Those relatives might be brothers, sisters, parents children. Those first degree relatives are the ones that are at the highest probability of having that same genetic predisposition.”

Webster also recommends meeting with a genetic counselor, because they will be able decide which type of genetic testing is best for you. And if you’re worried about an invasive test, don’t be.

“Genetic testing is probably the easiest test you have ever had in a cancer center. It is one tube of blood or a vial full of saliva,” said Webster.

Webster explains that her job is to figure out what type of genetic testing may be most useful for the person she is meeting with and their family members. However, genetic counselors are not always easy to find.

For those who do not have access to a medical center or hospital that offers genetic counseling services, tele-health counseling may be available. If you’re considering meeting with a genetic counselor and are unsure where to find one, the National Society of Genetic Counselors has resources on its website for locating a counselor.

If you’ve had a mastectomy, breast reconstruction is one of the major issues to consider. There are several options available. The reconstruction process can happen at the time of the surgery to remove the breast, or later on in the case of implants. Some women opt for no reconstruction initially, but decide later on that they want reconstruction to restore a sense of self, or simply get back to they way they used to look, says Dr. Andrea Pusic, the chief of Plastic and Reconstructive Surgery at Brigham Health, in a previous SurvivorNet interview.

Struggling with body image after treatment for cancer is not unusual.

Having surgery that leaves a scar might be a necessary course of action. But it’s important to remember that many of the physical changes caused by cancer treatment are only temporary — even scars fade over time.

Marisa Gholson, a physician assistant at Compass Oncology at the Vancouver Cancer Center in Vancouver, Wa., tells SurvivorNet that many women even begin to embrace their scars after treatment.

“Some ladies will call them a badge of honor, that they have gone through that surgery,” Gholson says. She also noted, however, that scars — like many of the other side effects that come with ovarian or cervical cancer treatment — will become significantly less prominent over time.

Treatment for ovarian or cervical cancer can also include the removal of a woman’s reproductive organs — like in Dunham’s case — which can also affect body image. When it comes to managing these side effects, keeping your emotional health in check — whether that means seeing a therapist, visiting support groups or simply learning to accept your situation — becomes a crucial part of the cancer journey.