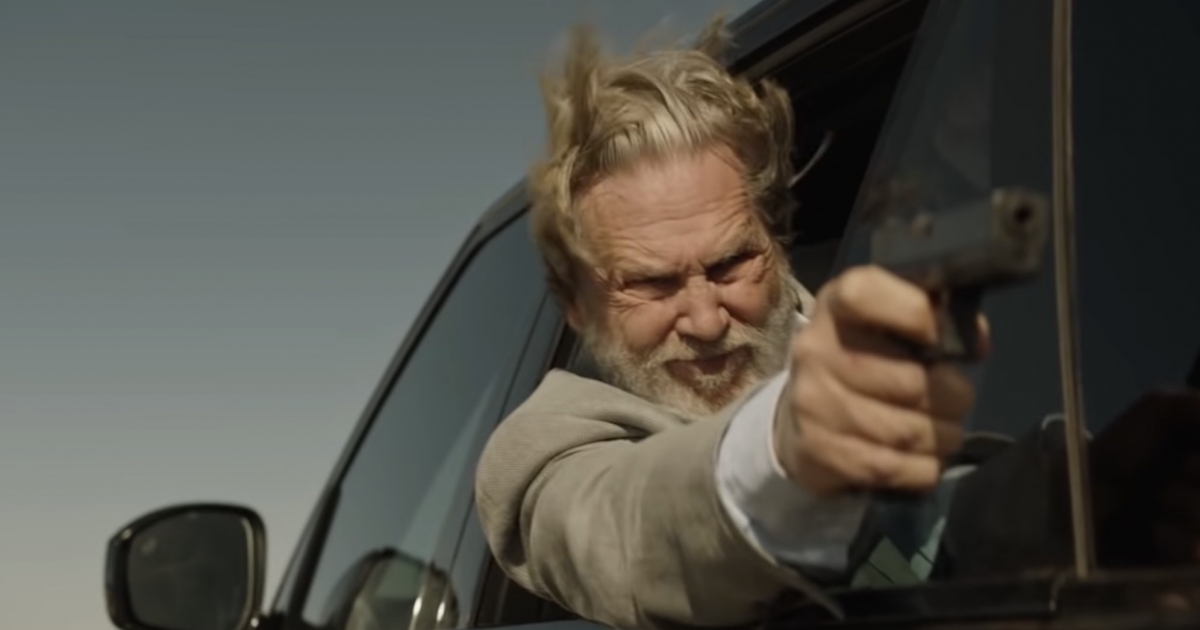 Actor Jeff Bridges, known for classic roles like ‘The Dude’ in The Big Lebowski, just celebrated his 73rd birthday. A momentous occasion for someone who survived cancer and a near-deadly case of Covid-19. His comeback project after those health setbacks was FX thriller The Old Man.

“I was sick for a year and then came back to work with all the same cast and crew, and it was like I had a bizarre dream or something,” Bridges told reporters on the red carpet at the Academy Museum of Motion Pictures in Los Angeles.

Read More
Separately, Bridges told Metacritic, his trainer helped him get back into shape by putting “little goals in front of me.” “My first goal was, see how long I could stand just out of the bed. And I could stand for 45 seconds. That was my record. And you slowly build it up to walking and all that. And Zach[his trainer] helped me. It was just incredible help. I worked with him three days a week, slowly getting off the oxygen,” said Bridges.

The longtime actor says he was diagnosed with non-Hodgkin lymphoma in 2020 and began chemotherapy treatment. While the treatment was working well, he was also diagnosed with COVID-19 in January 2021 — and because the cancer treatment had weakened his immune system, he ended up spending months in the hospital.

Bridges, who is now in remission, told Variety in an interview, his health battles haven’t deterred his work ethic.

“I think what I’ve found is when you go through something like that, you pull out everything you’ve got,” he said. “All your spiritual, philosophic, all your yoga, whatever training you had in your life. You’re saying, ‘Now, come on, guys, give it what you’ve got!’ So, it was just getting deeper into who you are, I guess, in a way.”

Shortly after production on The Old Man was halted in March 2020 due to Covid-19, Bridges was diagnosed with non-Hodgkin lymphoma, cancer of a type of white blood cells called lymphocytes, which are part of the immune system. He began chemotherapy treatment and it was working well.

Bridges, like so many cancer survivors, the struggle left the actor with a renewed appreciation for life.

“I’ll be honest. I didn’t know if I was going to make it,” he told Esquire. “I was on death’s door there for a while in the hospital … When I finally went back to work, after a two-year hiatus, it was the most bizarre kind of thing. It felt like a dream.”

What is Non-Hodgkin Lymphoma?

Treatment depends on what subtype a person has.

Dr. Jennifer Crombie explains how treatment is determined by looking at what subtype of non-Hodgkin lymphoma a person has.

“For patients with indolent lymphomas, sometimes patients may not require therapy at the time of diagnosis, if they’re asymptomatic or have a low burden of disease, whereas patients with more aggressive lymphoma would require initiation of treatment,” Dr. Jennifer Crombie, a medical oncologist at Dana-Farber Cancer Institute, told SurvivorNet in a previous conversation.

When a patient has an aggressive type of lymphoma, “We do treat patients with chemotherapy,” Dr Crombie said. “That’s the standard of care — and our most common regimen that we use for patients is something called R-CHOP.”

The best treatment choice for someone with non-Hodgkin lymphoma depends largely on the type of lymphoma they have and the stage of the disease. One of the most effective regimens available for aggressive B-cell lymphoma is a drug combination called R-CHOP.

“R-CHOP has been a standard treatment regimen for aggressive non-Hodgkin lymphomas of the B-cell subtype for many years,” Dr. Adrienne Phillips, medical oncologist at Weill Cornell Medicine, told SurvivorNet. “There are clinical trials looking to improve upon that standard by adding or removing medications to improve outcomes or minimize toxicity, but R-CHOP is still the standard of care for aggressive B-cell lymphomas.”

Here’s how the acronym breaks down:

In most cases, doctors deliver this regimen in cycles spaced three weeks apart to help minimize side effects and give patients time between treatment cycles. The number of cycles can range from 3 to 6, depending on the stage of the cancer.

If this treatment combination does not work, doctors may try a new approach, like a different kind of chemotherapy and a stem cell transplant.

If patients have not experienced too many complications from their therapy, “they are often able to go back to many of the same things that they did before they had their diagnosis of cancer and are able to live full and complete lives,” Dr. Michael Jain, medical oncologist at Moffitt Cancer Center, tells SurvivorNet.

If the cancer does return at some point, any future treatment you get will depend on:

So what’s next after successful treatment? “At that point we often focus on the survivorship issues that they may have, preventing second cancers, and properly following them,” Dr. Jain says.

A survivorship plan will include a schedule for follow-up exams and tests, plus a schedule for tests to check for any long-term health impacts from your cancer or treatment, and screening for any new cancers. (You’re at higher risk for cancers such as melanoma, lung cancer, and kidney cancer if you’ve had non-Hodgkin lymphoma).

Your doctor will likely tell you what to look out for in terms of side effects that could show up late or over the long term. Your care team will provide you with diet and physical activity recommendations as part of your survivorship plan.

Moving On From Treatment

It’s natural to feel continuing mental health effects, such as depression and anxiety, even after your treatment ends. This is where you can benefit from a supportive community. Look to strengthen your relationships with friends and family, faith groups, support groups, and mental health professionals to buoy you as you move on from treatment.

In addition to caring for their mental health, people who finish treatment and are in complete remission will want to move on from cancer with a physically healthy lifestyle. Eating nutritious foods, exercising regularly, staying at a healthy weight, and not smoking are all lifestyle practices that generally contribute to a healthy quality of life.

Indeed, the cancer and its treatment might naturally point survivors in the direction of such practices. “Mostly [we’re] trying to maximize the quality of life that people have, because once you have a cancer diagnosis, I think it is an important time in someone’s life where they can take stock and really understand what’s important,” Dr. Jain says.

There are more than 40 different types of the disease, but Hodgkin lymphoma and non-Hodgkin lymphoma are the main two sub-categories with the latter being more common. Non-Hodgkin lymphoma cancers are more likely to spread in a random fashion and be found in different groups of lymph nodes in the body. Hodgkin lymphoma cancers, on the other hand, are more likely to grow in a uniform way from one group of lymph nodes directly to another. Early symptoms of lymphoma can be tricky to notice as they may include swollen lymph nodes, fatigue or unexplained weight loss. People often aren’t diagnosed with lymphoma until later stages of the disease because they didn’t notice the symptoms, but one of our experts says that later diagnoses can still have good outcomes. Some lymphomas, called indolent lymphomas, might not even need to be treated right away because they’re slow-growing. In this case, careful monitoring – including imaging scans such as PET/CT – is used to track the progress of your cancer and gauge whether it needs treatment yet.
NOW
PLAYING
Exciting New Developments in Treatment For Mantle Cell Lymphoma
NOW
PLAYING
How Do Bispecific Antibodies Work?
NOW
PLAYING
Bispecific Antibodies Show Promise For Follicular Lymphoma
NOW
PLAYING
Zanubrutinib May Delay Disease Progression in Chronic Lymphocytic Leukemia & Small Lymphocytic Lymphoma
NOW
PLAYING
Is A Restrictive Neutropenic Diet Really Necessary After a Bone Marrow Transplant?
NOW
PLAYING
New Data: The Drug Ibrutinib May Help Some Younger Mantle Cell Lymphoma Patients Avoid A Stem Cell Transplant