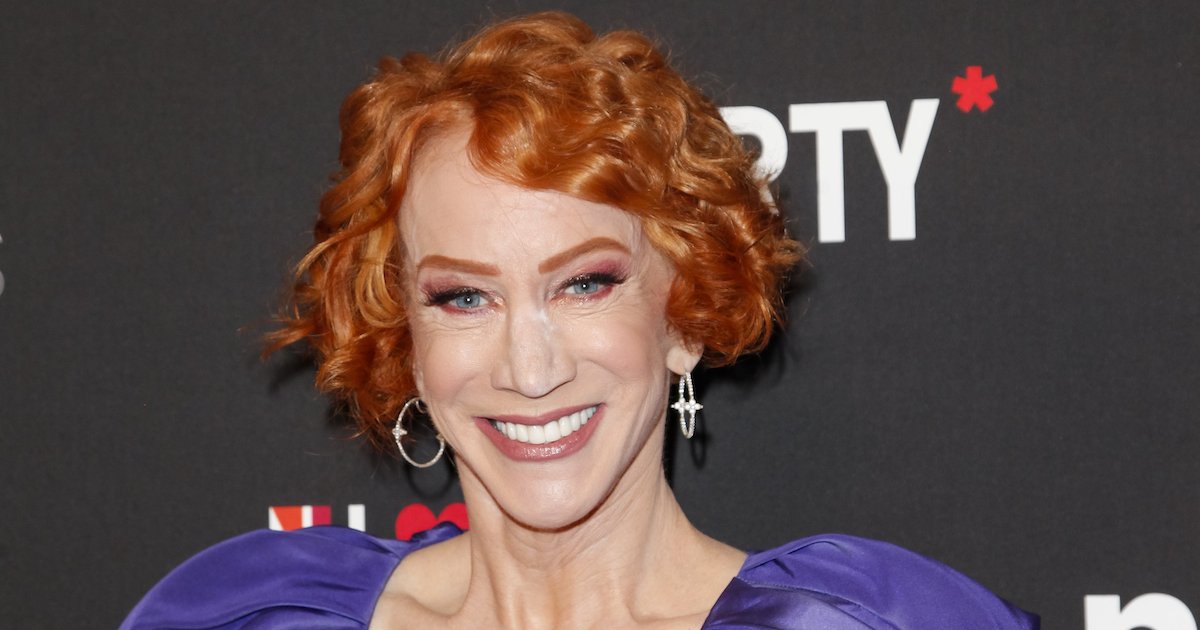 After making her return to standup after a battle with lung cancer, Kathy Griffin is also making a return to movies.

In a new Instagram post, the 61-year-old comedienne showed off a messy new hairdo, all part of a new character she’ll be playing in an upcoming film.

Read More
“I’m on set (YAY!) for a MOVIE,” she wrote. “Going by my hairstyle, can you guess which year my character lives in???”

What movie she’s working on is unclear. According to IMDB, her only upcoming project is a role on a TV series called Unconventional which “Follows queer siblings, Noah and Margot Guillory, and their significant others and the challengers they have to overcome as they try to start an unconventional family in an unstable world during their thirties.”

The news that Griffin is returning to film comes just days after she made her triumphant return to standup comedy at a benefit organized by pal Rosie O’Donnell. In a video posted to her Twitter account, fans can be seen giving her a rousing standing ovation at her first standup gig since lung cancer surgery almost cost her her voice.

After telling the world about her stage 1 cancer diagnosis in August, 2021, she underwent surgery to have half of her left lung removed, as the cancer seemed to be contained there. The cancer was cut away during the procedure, but the surgery caused complications such as losing her voice.

She once said in an interview that losing the ability to make other people laugh made her lose a lot of want to live; the comedian is very open about this dark stage of her life, and she’s just as transparent with the details of how to get through it all.

How Positive Thinking Can Help After A Cancer Diagnosis

Kathy’s focus on hope backs anecdotal evidence from SurvivorNet experts that point to how a positive mindset can impact a cancer prognosis. Dr. Zuri Murrell, a colorectal surgeon at Cedars-Sinai Medical Center in Los Angeles, told SurvivorNet in an earlier interview, “My patients who thrive, even with stage 4 cancer, from the time that they, about a month after they’re diagnosed, I kind of am pretty good at seeing who is going to be OK. Now doesn’t that mean I’m good at saying that the cancer won’t grow,” he says.

The Facts About Lung Cancer

Lung cancer, the second most common type of cancer, is the leading cause of cancer deaths for men and women in the United States. Griffin developed lung cancer as a non-smoker, which is a less heard of occurrence. Diagnosis and treatment of the disease can be tricky since symptoms often don’t appear until the cancer has spread.

Lung cancer is the second most common form of cancer, and the leading cause of cancer deaths in both men and women in the United States. Smoking is, of course, the primary cause of lung cancer, but non-smokers can, and do, develop this disease. The good news is that if you quit smoking, your risk for lung cancer decreases. There are several surgeries for lung cancer, and the decision about which is best is based on the location of your cancer, its size and whether it has spread.
NOW
PLAYING
'Hungry Like The Wolf': Duran Duran Guitarist Andy Taylor, 61, Says Music Gives Him Optimism As Battles Advanced Prostate Cancer
NOW
PLAYING
59-Year-Old Woman's Unexplained Weight Loss Turned Out To Be Lung Cancer But She Never Smoked
NOW
PLAYING
Popular TV Host's 'Torrid Night of Pain' While Battling Lung Cancer
NOW
PLAYING
I Need Rest Says Country Star Toby Keith, 61, In First Interview Since Revealing Stomach Cancer Diagnosis
NOW
PLAYING
George Harrison's Wife, Olivia, Pays Tribute to the Beatles Legend 21 Years After He Passed From Lung Cancer
NOW
PLAYING
Remembering Johnny Ramone