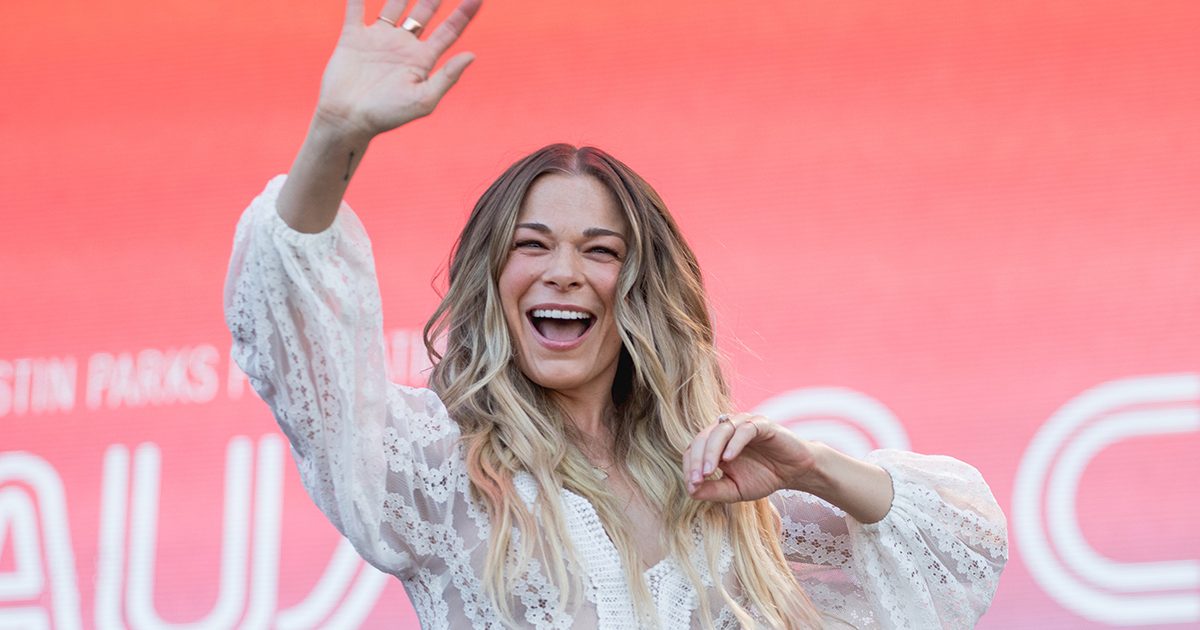 Psoriasis is chronic. That means people with the condition are managing it for life. But singer LeAnn Rimes, 40, serves as an excellent example of how things can look when you find the right treatments.

It’s unclear exactly what treatments Rimes is or isn’t using right now, but we know she’s tried many different options over the years. Making her diet and overall health a priority and identifying triggers for her symptoms were a big part of what helped her manage flare-ups, according to an interview with the National Psoriasis Foundation (NPF), but we know she’s also found injections that have worked for her.

Read More
Rimes hasn’t explicitly said which types of injections she’s used for psoriasis. But let’s take a deeper look at her psoriasis journey to understand what she’s been going through before diving into treatment options.

LeAnn Rimes was diagnosed with psoriasis earlier than most at age 2. By the time she was six, about 80 percent of Rimes’ body was covered in painful red spots, according to an article she wrote for Glamour. Rimes did everything she could to hide her condition from the world and find treatment that worked. Eventually, she discovered an injectable treatment in her 20s that kept her skin clear, but the stress of the COVID-19 pandemic brought her symptoms to the surface again.

“All hell broke loose in the world—and inside of me, as I’m sure it did for so many other people amid this pandemic,” she wrote. “Stress is a common trigger for psoriasis, and with so much uncertainty happening, my flare-ups came right back.”

Learning to Live With Psoriasis: Opening Up to Overcome Stress & Shame

Since then, the beloved singer has decided to own her psoriasis and share details about her journey to educate about the chronic condition.

She even did a nude photoshoot for the Glamour article that put her psoriasis on full display.

“When you finally allow yourself to step outside of what you’ve been caging in, the whole world opens up. There’s freedom in even just putting one foot outside the door,” she wrote. “I hope anyone who also kept themselves small has the courage to step outside of that cage.

“When we allow ourselves not to be held in, our lives come back to us.”

Now that we’ve taken a look at LeAnn Rimes’ psoriasis journey, let’s take a step back and understand the condition more fully. Psoriasis, in general, is a condition that affects up to 3.2 percent of the U.S. population, according to the American Academy of Dermatology. It can cause the development of red, itchy patches on the skin. But there are many different types of the disease with plaque psoriasis being the most common.

“Psoriasis is a chronic, auto-immune skin condition where you have red, scaly patches on the skin,” Dr. Saakshi Khattri, a dermatologist/rheumatologist at Mount Sinai Health System, previously told SurvivorNet. “It is a chronic condition, which can ebb and flow. You can have good days and bad days.”

What Is Psoriasis? Understanding the Different Types and Symptoms of This Rare Skin Condition

People with psoriasis are often asymptomatic, but uncomfortable outbreaks can happen. That being said, psoriasis patches can vary in how they look on the skin. You might have a few spots with scaling similar to dandruff or rashes covering a large portion of your body. The most common places to see psoriasis patches are the lower back, elbows, knees, legs, soles of feet, scalp, face and palms.

“Some patients report itching [or a] burning sensation, but that doesn’t tend to be the norm. It certainly can happen,” Dr. Khattri explained. “Then if you have psoriasis in the genital area, it can feel uncomfortable just because it’s in a very sensitive part of the body. But for the most part, it tends to be asymptomatic.”

Symptoms associated with psoriasis include:

If you ever start to notice red, scaly spots on your body, Dr. Khattri recommends you see a dermatologist right away so you get get a proper diagnosis and the proper care you need.

Psoriasis is a chronic disease that does not have a cure, but there are many different ways to help manage symptoms. Treatment for the disease also varies but the three main categories include topical treatments like ointments or creams you can rub on the skin, phototherapy which uses UVB light to treat the disease and systemic treatments like drugs that target parts of the immune system you can take orally or through an IV. Like we said before, it’s unclear what kind of treatments/management techniques LeAnn Rimes has turned to, but whatever they are have helped her reclaim her psoriasis journey.

“When I see a psoriasis patient, I first determine the extent of their condition. If it’s fairly localized, I’m able to treat the patient with topical therapy by itself,” says Dr. Linda Stein Gold, Director of Clinical Research in the Department of Dermatology at Henry Ford Health in Detroit. “But if they have a more widespread condition, topicals alone are not practical.”

Topicals are most often recommended for newly diagnosed patients, or those with mild psoriasis. This first-line treatment is applied directly to your affected skin area with either lotion, cream, or foam. They work by reducing inflammation and slowing down, or putting the brakes on excessive immune cell production.

Phototherapy (light therapy) will not cure your condition, but it can reduce the size, itchiness and the appearance of psoriasis. Light therapy works by exposing the skin to ultraviolet light on a regular basis and slowing down the excess growth of skin cells, which reduces plague formation. Under medical supervision, you can receive light therapy at your healthcare provider’s office, a designated phototherapy unit, or at home.

Your psoriasis should improve within two to four weeks. But keep in mind that everyone’s skin reacts differently. Although the benefit of treatment varies from patient-to-patient, average remission time is three to 12 months. The possible side effects include mild sunburn, a stinging or itching sensation, an increased likelihood of cold sores (this is more likely if you’ve had them before), as well as premature aging of the skin. Your risk of getting skin cancer also increases with long-term exposure to light therapy.

Systemic treatments may be suggested by your healthcare provider if your psoriasis is more persistent and topicals or phototherapy are not helping your condition.

Systemic treatments are not just aimed at the affected skin area, but work throughout your body and are taken orally or by injection or intravenously. “We find that systemic, particularly biologic agents are highly safe and effective,”
says Dr. Stein Gold.

“You can help your doctor make more informed decisions regarding your treatment by sharing information about your condition and your medical history,” Dr. Stein Gold said. “For example, whether you have a history of heart disease, IBS, MS or prior cancers and if you have arthritis or a history of infections including TB or hepatitis.”

On top of the medications listed above, there is also a newer option for people with moderate to severe plaque psoriasis called SOTYKTU. SOTYKTU, or deucravacitinib, is an FDA-approved oral medication that has less potential side effects and “box warnings” compared to existing drugs on the market.

“So deucravacitinib is a pill that blocks an enzyme called TYK2, which is responsible for the generation of certain cytokines that play a key role in the development of psoriasis,” Dr. Mark G. Lebwohl, Dean of Clinical Therapeutics at the Kimberly and Eric J. Waldman Department of Dermatology at the Icahn School of Medicine at Mount Sinai, told SurvivorNet. “So by blocking TYK2, they reduce those cytokines and psoriasis improves. It is remarkable in that it is a pill that has biologic type efficacy.

“There are two other pills that are quite effective, Cyclosporine (Gengraf, Neoral, SandIMMUNE) and Methotrexate (Trexall), but they have a lot of side effects and a lot of box warnings… Deucravacitinib has no box warnings, and very good efficacy—similar to biologics. Great efficacy without having to worry about side effects as much as you do with the other drugs.”

When talking about this exciting newer option, Dr. Lebwohl made sure to emphasize the importance of treating plaque psoriasis in general.

“Untreated plaque psoriasis can damage interior organs, not just the skin, not just psychological,” Dr. Lebwohl said. “Patients with bad psoriasis have an increase in heart attacks, increase in a form of arthritis called psoriatic arthritis, and it affects may other organs as well.