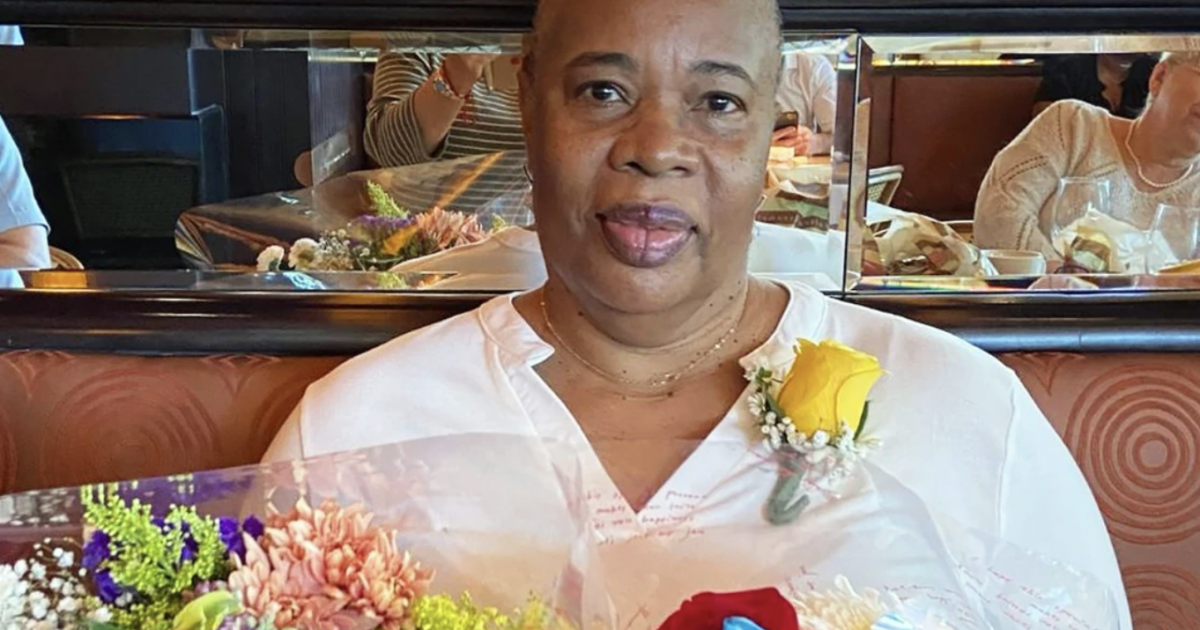 Facing Lung Cancer as a Nonsmoker

It’s unclear if the pain Saundra Moore felt in her side was related to her lung cancer. But it’s important to remember that addressing this pain was what led to her diagnosis, regardless.

Moore, 64, promptly visited her doctor when the pain in her side began. But since everything – including her tests – seemed normal and her pain subsided, Moore eventually forgot about the issue altogether.

Read More
Until about a year later, that is, when the pain came back even stronger. She described it as “discomfort in the upper right side of [her] back.” “The pain was worse,” Moore told TODAY. “At the emergency room they basically were trying to figure out what type of pain it was.” Doctors found two nodes on her lungs following a CT scan with a contrasting agent, and she was referred to a pulmonologist. After more tests and a biopsy, Moore, a nonsmoker, was diagnosed with stage one lung cancer.

“I wasn’t symptomatic. I had no difficulty in breathing. I had no coughing, no hoarseness … which were the typical signs, and I don’t smoke.”

“He said, ‘I will not watch you. I’m going to remove the lower lobe because I don’t want to have to come back to do something all over again,’” Moore said.

While at the hospital, Moore also suffered from blood clots in her lungs, also called a pulmonary embolism.

“Despite me having a pulmonary embolism, my oxygen levels were still pretty good,” she said. “Emotionally it took a lot from me because I’m usually a very independent person, and to me, it was having to depend on others to do things for me, which I didn’t like.”

Recovering took Moore about five or six months, but she still had to fight the urge to “hurry to do things.” In addition, the mental recovery has been an ongoing struggle.

“I have to slowly take my time,” she said. “I try to breathe the way I normally want to breathe so (returning to that) took a little bit of time.

“My emotional recovery for me, I’m still trying to recover… Last night I was crying because it actually hit me suddenly.”

In sharing her story with the public, she hopes that others can learn to prioritize themselves even when they’re constantly taking care of others.

“Some lung cancers are from unknown exposure to air pollution, radon, or asbestos,” Dr. Raja Flores told SurvivorNet in a previous interview. “We also see more never-smokers with lung cancer who have a family history of it.”

Just like Saundra Moore, Hunting was a non-smoker when she was diagnosed with lung cancer. But the active 54-year-old’s cancer had progressed further given that she had stage four non-small cell lung cancer.

Whether you are currently battling cancer or worried that you might have it, it’s always important to advocate for your health. Cancer is an incredibly serious disease, and you have every right to insist that your doctors investigate any possible signs of cancer.

And, as we saw in the case of Saundra Moore, it’s always crucial to speak up about any changes to your health even if you don’t think there’s anything sinister behind them.

Lung cancer is the second most common form of cancer, and the leading cause of cancer deaths in both men and women in the United States. Smoking is, of course, the primary cause of lung cancer, but non-smokers can, and do, develop this disease. The good news is that if you quit smoking, your risk for lung cancer decreases. There are several surgeries for lung cancer, and the decision about which is best is based on the location of your cancer, its size and whether it has spread.
NOW
PLAYING
'The Old Man' Star Jeff Bridges, 73, Was Fighting For His Life Through Cancer And Covid Says Co-Star, Being With Him Changed My Life
NOW
PLAYING
59-Year-Old Woman's Unexplained Weight Loss Turned Out To Be Lung Cancer But She Never Smoked
NOW
PLAYING
Kathy Griffin, 62, Back in Surgery To Alleviate Effects of Lung Cancer Treatment Jokingly Asks Fans For Their Pity
NOW
PLAYING
Popular TV Host's 'Torrid Night of Pain' While Battling Lung Cancer
NOW
PLAYING
35-Year-Old Dismissed Dry Skin & Brittle Hair As Stress Until Her Husband Urged Her To Get Checked: It Was Thyroid Cancer
NOW
PLAYING
Miracle Recovery: Texas Woman, 61, Diagnosed And ‘Cured’ of Lung Cancer In One Day