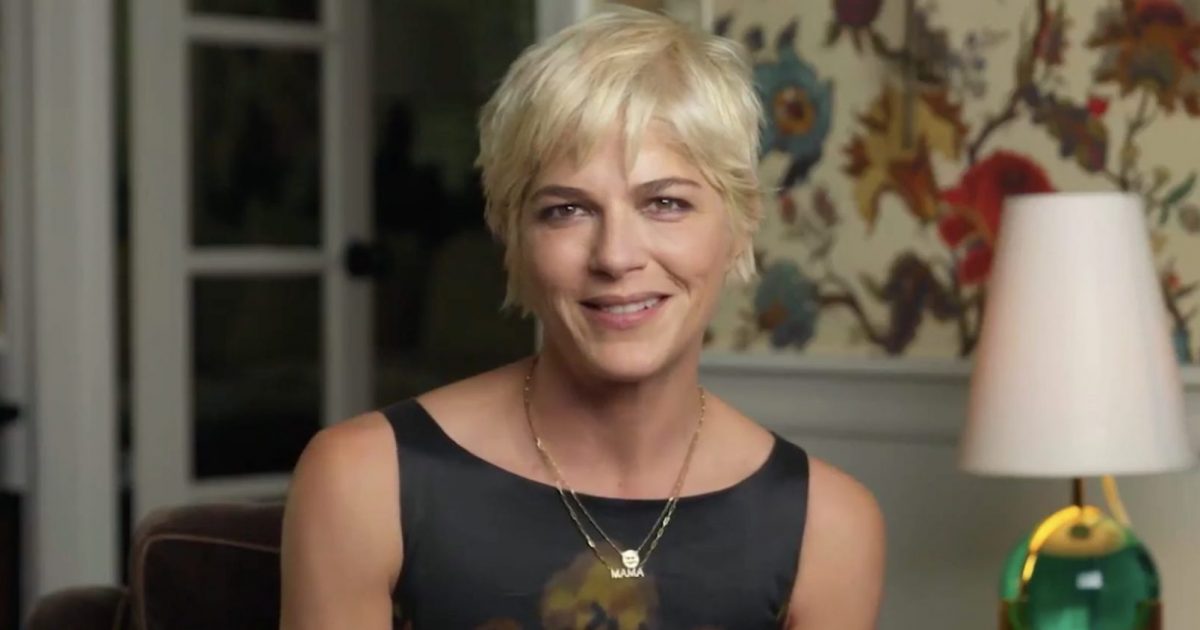 Actress Selma Blair, 50, is a Multiple Sclerosis warrior who’s proud to put her disability – and her service dog – on display. But not for the attention, for the sake of helping others.

Blair has not been the same since her diagnosis.

Read More
“It rewired me to find acceptance in being honest about my faults, about my past addiction, and about my problems,” she said in a recent interview. “It made me more empathetic towards myself.” She’s also been determined to advocate for accessibility. She serves as the chief creative officer of Guide Beauty, a cosmetics line that makes products to “bring joy to a broad universe of makeup users” – including those who have challenges with movement or strength. And she also works with the Multiple Sclerosis Association of America and the American Association of People with Disabilities.

Blair also makes a difference by simply being present in the industry. Her appearance on the last season of “Dancing with the Stars,” for example, was not only a life-changing experience for herself, but also an inspiration for others with disabilities.

“I think I actually need this,” she remembers telling her team when explaining that she wanted to do the show. “I think it’s important for people with chronic illness or disabilities to see what they can do. I deserve to have a good time and try.”

She’s also proudly attended award shows, cane in hand, with the hope of creating future change – like the implementation of visible ramps to get on stage at the Emmys, for example.

“It’s not just so the person in the room can get up there,” Blair said. “It’s so the viewer at home normalizes that the kid in the wheelchair or the braces or with cerebral palsy—whatever it is that makes them feel different than the person that can just bounce up with their heels—can be in the movies. It’s like, I can dream this. It’s built in that I can dream this. There is a way for me to get up there.”

She wants others with disabilities to know they have just as much of a right to be in any given space as the next person – and it’s okay to ask for the things they need.

“There’s just so much realizing that people feel that they are a burden, and it takes away from your work,” Blair said of speaking up for accommodations that will allow her to partake in a project. “It takes away from focusing on your right to be there just as much as everyone else on the set. Let’s get used to this. Let’s build this into our base camps.”

Blair currently has a lot of things on her plate, but pushing for accessibility is “where [her] heart is right now.”

“I don’t find the advocacy trying,” she said. “I know it’s for other people more than myself, and it makes me feel better. It really does.”

Selma Blair was diagnosed with Multiple Sclerosis in October 2018 after suffering with unexplained symptoms like falling, dropping things and memory issues for years.

“I was overwhelmed by a sense of relief,” she writes about the moment she discovered her diagnosis, “like the way you feel when an ocean wave breaks right at the shore before taking you under.”

Rather than keeping her day-to-day challenges private, the actress and filmmaker has decided to share details of her journey. For treatment, Blair underwent chemotherapy that caused her temporary hair loss and stem cell treatment.

“The disease modifiers did not work for me at the time, and I was really declining more rapidly than I found acceptable,” Selma shared in 2019. “I had no intention of doing it, I was like, I’m not ruining my body, what’s left of it. Why would I put this horrible drug, chemotherapy, in me? I don’t have cancer. But I was kind of out of options and I was looking.

“I had more chemo than they usually do for cancer patients, because they almost kill you.”

And Blair still struggles with symptoms of the disease today as evidenced by her early departure from last season of “Dancing with the Stars.” During her last few weeks on the show, Blair’s knee started to give out. She was used to disorienting numbness in her left leg, but this experience felt difference.

After ordering an MRI, doctors discovered stress fractures and bleeding in her knee, a ligament tear in her ankle and damage in her hips. They guessed her ailments were the result of a combination of her rigorous training for the show and her MS complications.

Initially, Blair wanted to power through, but she eventually decided that bowing out of her own terms would be best for her health.

“I was so brokenhearted to have been injured,” Blair said. “I really wanted to keep going. I was really proud of myself that, for at least five weeks, I kept up. But there was a time that I had to take care of myself.”

In a video that played prior to her “one last gentle dance” on the show, she explained why she had to leave.

“The results came back, and it just all adds up to I can’t go on with the competition,” she said in an emotional conversation with her dance partner, Sasha Farber. “There’s just intensive bone trauma and inflammation among rips and tears.

“So I could do extensive damage that, of course, I do not want. I’ll have to settle in and get back to being a mom and showing them I have to pull back on something that I love doing.”

In an inspiring show of bravery, Blair dedicated her final waltz to “everyone that has tried and hoped that they could do more but also the power in realizing when it’s time to walk away.”

As a part of our effort to support people with chronic conditions like Multiple Sclerosis, SurvivorNetTV has added a new block of programming specific to MS. It is our hope that these films inspire the nearly 1 million people living with MS in the United States.

SurvivorNetTV’s film Defying All Odds, for example, follows the story of Dr. Terry Wahls – a world-renowned doctor and scientist determined to continue practicing medicine even after being diagnosed with a severe form of multiple sclerosis (MS).

Another film, Don’t Stop Me Now, takes a look at MS warrior Louise Carr’s inspiring battle against the disease that causes her daily pain, fatigue, memory loss and restricted movement.

“I might have MS, but it doesn’t have me,” she tells SurvivorNet.

To help with her symptoms, Carr tried switching to a vegan diet, taking on yoga and Zumba classes as well as riding a recumbent bike.

“To my absolute astonishment within a week of becoming vegan my energy levels absolutely shot up,” she said. “It’s changed my life.”