Outpouring of Love For 300 Pound Ohio State Football Star With Bone Cancer: ‘I Have Never Been A Statistic And I Never Will!’ 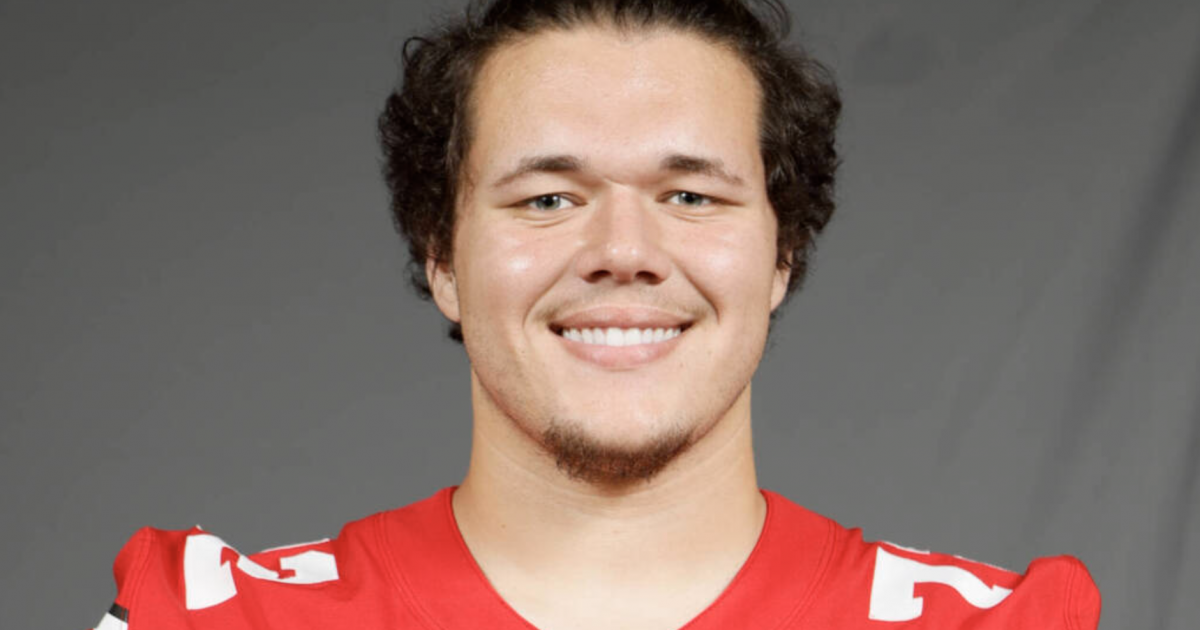 Finding Support during a Cancer Journey

People sometimes feel alone after a cancer diagnosis. But it’s important they know they’re not. And an Ohio State offensive lineman’s story is proof.

Avery Henry is a freshman at The Ohio State University from St. Clairsville, Ohio. A 6-foot-6-inch and 309 pound football player, Henry was a member of the 2022 Ohio State recruiting class. But things took a turn for the worse when he recently discovered he had a rare cancer called osteosarcoma.

Read More
“This isn’t the way I wanted to release this, but I know no other way,” he wrote in a recent Tweet. “A couple days ago I was diagnosed with osteosarcoma, a form of bone cancer. I will fight this! I have never been a statistic and I never will! I want to thank my brothers and coaches for the endless support!” Thankfully, fans, friends and followers were quick to show their support for the young cancer warrior. “Love you bro! We gone fight right with you together,” wrote fellow Ohio State footballer TreVeyon Henderson.

Another teammate expressed a similar, touching sentiment of support.

“We love you brother, we are with you in this fight!” Paris Johnson Jr. wrote.

But one reply really stood out among the rest.

Avery, I had osteosarcoma at 16. I am 50 now. Returned to the field my senior year as a hopping nose guard. I know the battle you are fighting. Keep your head up and your feet under you. Prayers for you in this fight. pic.twitter.com/FeMxGOPIGc

“Avery, I had osteosarcoma at 16. I am 50 now,” Twitter user @KenKnipp78 commented on his announcement post. “Returned to the field my senior year as a hopping nose guard. I know the battle you are fighting. Keep your head up and your feet under you. Prayers for you in this fight.”

Henry was quick to reply with a thank you and an inspiring message of “I will fight!” And the 50-year-old survivor took the time to share another supportive Tweet.

“I know you will,” the user wrote. “I think football prepares us for these kind of fights. Those days we just wanted to walk away, but pushed through on the field will help you when there are days you don’t want to fight.”

What Is A Sarcoma?

The term sarcoma is used to describe an array of more than 70 rare cancers that begin in the bones and the soft tissues, such as muscles. This diverse group of diseases accounts for only about 1% of tumors in adults and just over 10% of tumors in children.

Bold, Bald & Beautiful: Kara Ladd Met a New Version of Herself After Her Cancer Diagnosis

“Unfortunately, most sarcomas do not cause many of the symptoms that may be associated with other cancers,” Dr. Dale Shepard, director of the Cleveland Clinic Taussig Cancer Institute Phase I and Sarcoma Programs, told SurvivorNet in a previous discussion. “A mass the size of a golf ball or larger and growing should be evaluated as a potential sarcoma. It’s important that patients who do have symptoms are not dismissive of them.”

The word sarcoma refers to a large array of bone and soft tissue cancers, and individual cancers within that set go by unique names. Some of the types of sarcomas include:

Finding Support During a Cancer Journey

During a cancer battle, it’s important to know that you are not alone. There’s a community out there for you to be vulnerable with, if you’d like, and connecting with people as you battle the disease can make a world of difference. Avery Henry may have a large sports community to lean on, but there are many other ways to find the support you need.

Kate Hervey is another cancer warrior who received support after sharing her cancer journey. A young college girl, she was shocked to be diagnosed with synovial sarcoma, a rare type of cancer that tends to form near large joints in young adults, after seeing her doctor for tenderness and lumps in one of her legs.

Hervey, a nursing student at Michigan State, had to handle her cancer battle during the COVID-19 pandemic and scale back on her social activities as a high-risk patient. That’s when she turned to TikTok as a creative outlet, and inspired thousands.

Hervey is now cancer-free, and says she couldn’t have done it without the love and support of her TikTok followers.

So while sharing your story to a vast TikTok audience might not be your thing, it’s important to consider opening up to others during your cancer battle. Even if it’s with a smaller group, a therapist, family members or friends you never know how much the support can help you – or even help those you share with – unless you try.