Woman, 57, Sunbathed Constantly As A Child Until She Was ‘Dry, Red And Uncomfortable:’ 40 Year Later It Turned Into Cancer 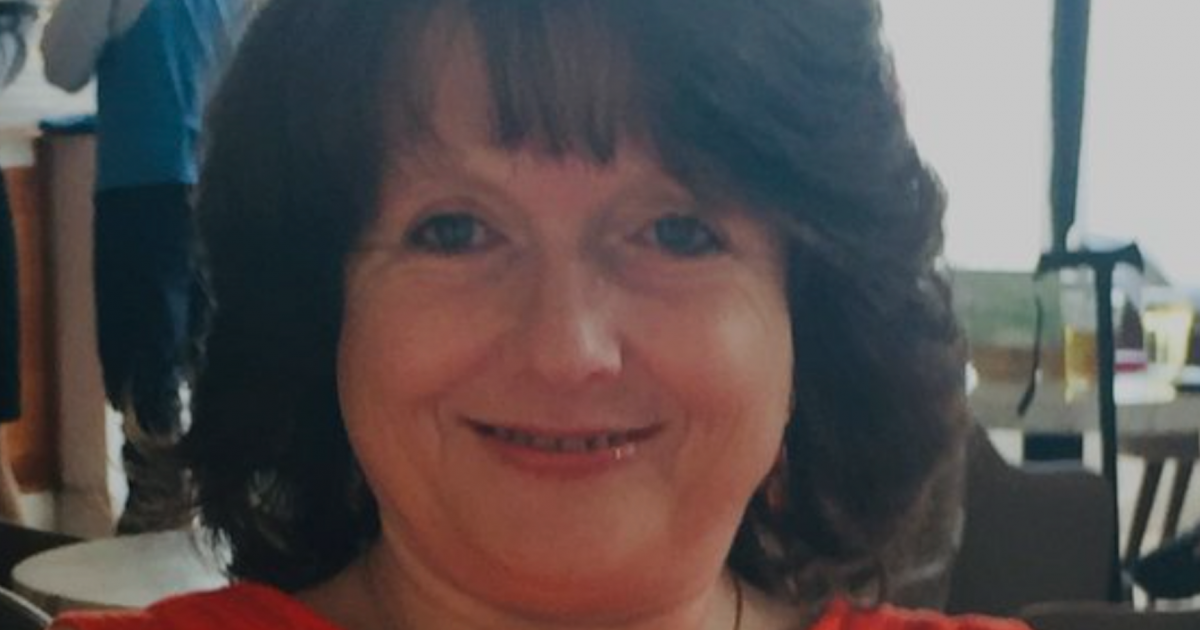 Fighting For Nearly a Decade

Tina Manning, 57, had a self-admitted sun obsession as a child. After all, the dangers then were widely unknown, and as a society, we were less responsible. Later in life, she developed melanoma, an aggressive type of skin cancer, and thankfully she’s here today to share her story.

As many parts of the world experience consistent, record-breaking temperatures, Tina from a town called Luton in the UK felt the need to remind as many of us as possible to protect our skin and especially our young ones.

Read More
“I hate this time of year; I much prefer winter when it’s colder,” the survivor told the Mirror. “When the sun is out, I always cover up in t-shirts, and I always wear SPF 50+.” “I think a lot of people still don’t really realise what the sun is doing to your skin,” the wife, mother, and grandmother added, noting that she used to lie in the sun for hours and hours until she was “red, dry, and uncomfortable,” but there was no one to advise her differently. 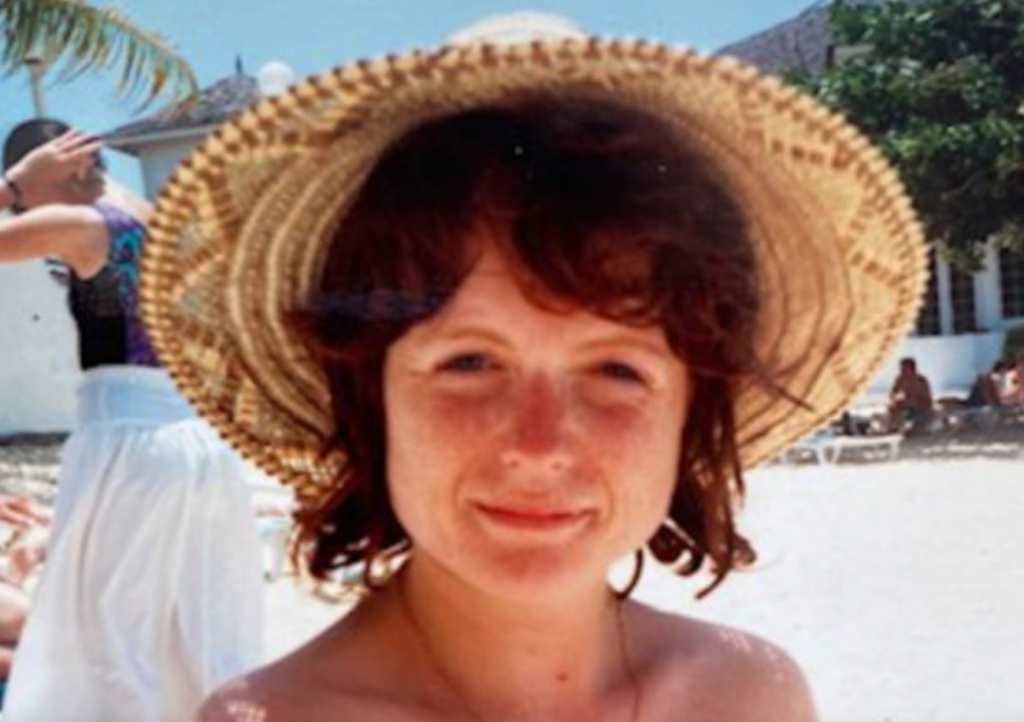 “Back in the 80s, that was the thing to do. If you went away on holiday you wanted to come back with a bit of colour, even if that colour was red,” the Melanoma UK ambassador expressed of the top tanning decade.

“There was no one telling us that that was dangerous or could cause long term issues, it was just what everyone was doing.”

Diagnosed with melanoma in 2013, Tina was shocked when she found out she had a tumor in her intestines. Fortunately, even though it was a tough diagnosis to swallow, it was elevated white blood cells discovered in a routine blood test that pointed doctors in the direction of the tumor.

Nine, years later, she is still battling the disease.

“I had surgery to have it removed and thought that was the end of it.”

Related: Did You Know That Melanoma Can Often Recur In The Groin Area? One Woman’s Nightmare Began With A Freckle

However, it unfortunately “just keeps coming back.” Tina has now had 20 tumors in total and can’t even put a number to the duration of treatment she has had. She has survived one on her brain as well.

Tina tried immunotherapy, a treatment that helps encourage your body’s natural immune system to fight the cancer, for four years until she developed colitis, an inflammatory reaction in the colon. Although this can be a common side effect, it’s important to know that many people have had success with immunotherapy treatment.

“There’s also been three Cyberknife treatments, all of which have helped reduce brain and neck Mets.” Cyberknife is a noninvasive alternative to surgery that can treat tumors anywhere on the body.

“I just want to raise awareness about dangerous it can people. People always think, it won’t happen to me, but that’s what I thought, and it did.”

Related: Dermatologist Was So Obsessed With Tanning Beds She Had TWO MEMBERSHIPS To Get Around Salon’s Daily Limits: Then She Got Cancer

“I see so many new patients who have been using sun beds and now they have melanoma, it’s so clear that they’re part of the problem.”

Tina thinks tanning bed usage should be regulated, and we absolutely agree, if not eradicated completely. “At the moment, I could walk down the high street and go into three different tanning places all in one day and they wouldn’t know,” she said. “It’s been proven that they cause melanoma, yet there’s nothing to limit how people use them.”

“This is something that people do get addicted too but we just ignore that,” she added. Very true. Many use the term “tanorexic” because similar to anorexia, there are some who see something in the mirror that is vastly different than how others perceive them. People with dark dark tans have the feeling that they are pale.

Luckily, we are getting better as a whole, but there are women like Tina who are still fighting for their lives because of a lack of knowledge and regulation.

If you have melanoma, you have a solid chance at treating it and getting on with your life, says Dr. Anna Pavlick, Professor of Medicine and Dermatology at NYU’s Perlmutter Cancer Center.

There are also new immunotherapy medicines that can reduce the risk of melanoma ever coming back. And survival rates for stage four of the disease have improved dramatically since even a decade ago.

“Patients with stage 1 melanoma are cured by excision 90% of the time. So only about 10% of stage 1 patient will ever have the risk of that coming back,” Dr. Pavlick tells SurvivorNet.

Related: How is Melanoma Treated After Surgery? The Landscape of Therapies Explained

“Patients with stage 2 disease have about as 75% to 80% chance of being fine. This is why we watch patients very closely,” she says, explaining that they are seen by their dermatologist and surgeon to keep tabs on the disease and potential recurrence.

Patients with stage 3 disease roughly have a 50/50 chance of being OK just from surgery, “however, we now have brand new medicines, or immunotherapy medicines, that can significantly reduce their risk of this ever coming back.”

And finally, as far as patients with stage 4 disease, like Tina?

“It’s a very different world now than it was even five years ago,” Dr. Pavlick says hopefully. “We’ve got wonderful medicines that impact patient survival and really have led to patients living normal, long, healthy lives after getting therapy, and even coming off therapy.”

“These are not medicines that they need to be on for their entire life,” she adds. “Sometimes, yes, but many times, no.”

Bottom line, we hope you never have to deal with any of the above, but get your skin checked to be sure … and make sure to stay out of the sun as much as possible or use a higher SPF frequently!

Skin Cancer Warrior, 31, Reveals How ‘Cute’ Heart-Shaped ‘Freckle’ Turned Out To Be Deadly Melanoma Mole Legendary Sportscaster Dick Vitale, 82, Reveals Skin Cancer Battle, Says ‘Early Detection’ Saved His Life ‘I Thought It Was a Cold Sore’: ‘Sister Wives’ Reality Star Janelle Brown Reassures Fans that ‘All is Well’ After Skin Cancer Diagnosis
The top five things that you can do after receiving a diagnosis of skin cancer is increase the frequency with which you're monitored.

So we usually move anyone who's been diagnosed with melanoma to every three months. Some of the newer studies are saying even with squamous cell and basal cell carcinoma, people should be monitored every three, at least every six months.
The second thing that I want you to do is alert your family members, especially if it's something that's genetic like melanoma.

So you need to let them know and certainly ask your first drug of your relatives. If they have any history of melanoma or any heritable skin cancers. Number three is January one through December 31st sun up to sundown. You should have SPF on once you've had a diagnosis of skin cancer. There's absolutely no reason to add fuel to the fire.

Number four, after you've had a diagnosis of skin cancer is to make sure you're up to date with your primary care physician, your dentist, your GYN, if you're a female, your ophthalmologist, these are all places that you can also get melanoma, and they need to be aware of this recent diagnosis and make sure that they increase their surveillance of you in these areas to make sure that you don't have any pigmented lesions in those areas.

And the fifth thing I want you to do, if you've had a diagnosis of skin cancer, most specifically of melanoma is to know your therapeutic options.

We have amazing immunotherapies that are really increasing the longevity and the prognosis for patients every day. There's a new discovery. And so there are real options that are available. We just need to be plugged into the right team to help guide us.
NOW
PLAYING
Mom, 37, Realizes 'Annoying Pimple' Above Her Eye Is Skin Cancer-- Discovered From Hair Flicking Habit
NOW
PLAYING
Steely Eyed TV Host Dan Abrams, 56, Is Now A Dad & Two Decades Past Testicular Cancer – The Hope For Men Facing The Same Disease
NOW
PLAYING
Rihanna's Favorite Model, Slick Woods, 26, Has a New TV Series-- Thriving After Stage 3 Melanoma
NOW
PLAYING
Young Tanning Addict Who Uses Sun Beds And Tan-Deepening Nasal Spray Weekly Warned About Tanning Dangers: 'You'll Regret That When You're Older'
NOW
PLAYING
The Bachelor' Alum Ali Fedotowsky, 38, Caught Her Skin Cancer While Pregnant--'I Spent My Whole Life Never Getting My Skin Checked'
NOW
PLAYING
For Healthy Skin Month, Take Advice From Ariana Madix, a Melanoma Survivor, and Speak Up About Concerns