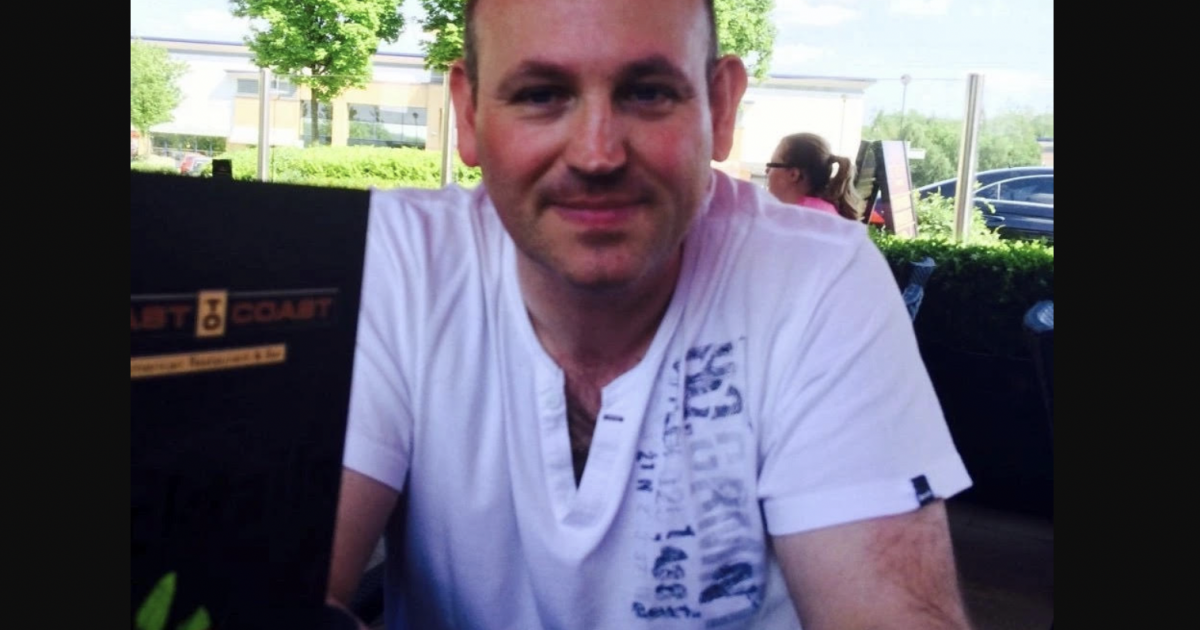 Brain tumors can make themselves known at unexpected times. For Dave Whitford, 49, his first signs arrived while he was sitting in his garden.

It was Easter 2019 when Whitford suddenly grew very dizzy and started vomiting outside. He was rushed to the hospital the next day, but doctors thought he was just suffering from an inner ear infection caused by an insect bite.

Read More
Sadly his symptoms didn’t subside. And a follow-up scan on his head revealed the truth: a brain tumor. “When I found out, I just cried as I was just devastated,” the father of one said. For treatment, Whitford had his tumor surgically removed in December 2019.

“They operated on the left side, so I have ringing in my ear which is quite annoying, especially when I’m trying to get to sleep,” he said. “It does affect people differently and it’s affected my short term memory so I forget a lot of things.

“I have no energy and I get cold really easily so I have to have special sheets to warm me up.”

He’s also had chemotherapy and radiotherapy, though his future remains uncertain. But that doesn’t mean he’s not making the most of his time right now – he celebrated his 50th birthday a year early, and he’s currently planning his dream vacation touring the United States.

Whitford is unable to work given the severity of his symptoms. If you’d like to donate to his GoFundMe page, you can click the link here.

What Are Brain Tumors?

Can Cell Phones & 5G Cause Cancer? A Leading Brain Cancer Doctor Says “No”

There are many different types of brain and spinal cord tumors. Some are more likely to spread into nearby parts of the brain or spinal cord than others. Slow-growing tumors may be considered benign (non-cancerous), but even these tumors can cause serious problems.

Symptoms of brain tumors, as a whole, are often caused by increased pressure in the skull. This pressure can be caused by tumor growth, swelling in the brain or blockage of cerebrospinal fluid (CSF), according to the American Cancer Society.

General symptoms may include the following:

Additionally, MD Anderson Cancer Center notes that changes in the ability to smell can be a sign of brain tumors, and, more specifically, “strange smells” can be a symptom of seizures which can result from brain tumors.

Still, it is important to note that these symptoms are not exclusive to brain tumors. You should always consult with your doctor if any health problems arise.

Processing the Emotions of a Health Journey

When it comes to a difficult health journey, just know that feeling sad or anxious or any negative emotion about the changes coming your way are very normal and understandable after hearing your diagnosis. There may be a lot of things out of your control, but it’s important to remember that you are not alone and there are resources and people out there who can provide support.

Dealing with Grief after a Cancer Diagnosis

“Grief comes in waves,” Dr. Scott Irwin, a psychiatrist and director of supportive care services at Cedars-Sinai Medical Center, told SurvivorNet in a previous interview. “They’re grieving the change in their life. The future they had imagined is now different.”

But taking care of your mental health should be a priority. Dr. Irwin stressed how helpful talk therapy could be when dealing with the mixed emotions. It’s important to reach out to your doctor, a therapist or support groups in your community if you feel like you’re struggling.

RELATED: Do You Have a Question About Mental Health & Cancer– Strong In Cancer — A New Column From SurvivorNet with Dr. Marianna Strongin

Ni Guttenfelder can attest to the benefits of therapy. She was diagnosed with ovarian cancer in October 2017 and quickly decided she needed a therapist to help process her feelings. Her suggestion is to seek a counselor you’re comfortable with and you trust.

“Initially I went to a session where I just cried and the counselor basically told me what I was feeling was normal and didn’t offer me any type of feedback. But I knew that I needed something more than that. Not just a crying session and a pat on my shoulder,” she told SurvivorNet in a previous interview. “What I have found is that it’s critical to find the right counselor, not just any counselor.”

Once she found a counselor she could truly open up to, Guttenfelder began to see some clarity.

Her therapist also taught her how to manage the people in her life. She decided to look into her relationship with her father, for example, because he was resistant to the idea of her receiving chemotherapy.

“It makes it more of an uphill battle and a challenge because we’ll sometimes get into arguments about it,” she says. “My counselor would say, for my own benefit and health that it’s best to limit the time with others who may not be lifting me up during my treatment.”

In addition, don’t be afraid of feeling the negative emotions that come with a health battle. Anger, shame, fear, anxiety – they’re all to be expected.

Evelyn Reyes-Beato is a resilient woman who’s had to deal with the complexity of emotions that came with her colon cancer journey. She comes from a culture where health issues and feelings aren’t normally talked about, but she found that expressing her emotional pain was a big factor in helping her overall physical health.

“You have to let it out,” Reyes-Beato previously told SurvivorNet. “Your mental and your emotional help your physical get in line. If you keep all of the emotions in, the way I see it, is that stuff is going to eat you up inside and it’s not going to let you heal.”