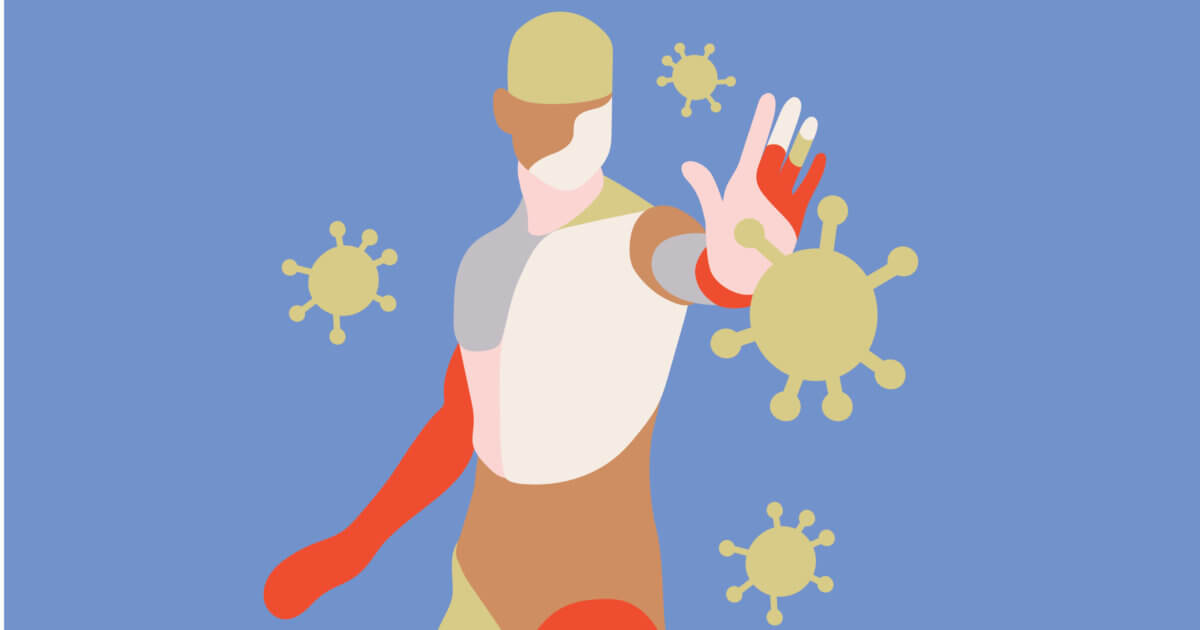 What Major Cancer Advancements Did We See in 2022?

From a new classification of breast cancer that can drive treatment for many women with advanced disease to incredible progress using immunotherapy across several cancers, 2022 was an amazing year for cancer research. There’s been lots of exciting, even groundbreaking progress — and 2023 is sure to follow suit. With so much cancer treatment-related news, it can be difficult to follow exactly what happened and who will benefit from these discoveries. To make it easier, we’ve rounded up 5 of the biggest discoveries in cancer research of the year and what each means for patients.

To start off, research this year indicated that there is a new subtype of breast cancer — HER2 “low” — that can drive treatment for some women with advanced disease, a discovery experts told us was “practice-changing.”

Read More
A study, published in The New England Journal of Medicine, found that the experimental drug trastuzumab deruxtecan (brand name: Enhertu), “resulted in significantly longer progression-free and overall survival than the physician’s choice of chemotherapy” for patients with metastatic breast cancer. (Metastatic disease is when the cancer has spread to other parts of the body than where it originated.) “The reason why it [the study] got so much attention is because of the improvement in overall survival, which is hard to do in metastatic breast cancer patients,” Dr. Elizabeth Comen, a breast oncologist at Memorial Sloan Kettering Cancer Center (MSK), told SurvivorNet. In an appearance on Good Morning America, Dr. Elizabeth Comen explains why the HER2-“low” classification is so important.

More specifically, the trial reported on the use of Enhertu in women with metastatic hormone receptor-positive or negative, HER2-“low” breast cancer, who had received multiple prior lines of treatment. It’s worth noting that Enhertu is designed to target HER2, a protein that promotes the growth of cancer cells. Trial researchers analyzed more than 500 patients with metastatic disease who were categorized as HER2-low (having few HER2 cells).

Enhertu had previously shown success in women with HER2-positive breast cancer, but validation in the newly defined HER2-“low” cohort hadn’t been established in a large study.

Women who have low levels of the HER2 receptor on their cancer cells should speak to their doctors about this treatment option.

An immunotherapy option for earlier stage lung cancer is big news — because these drugs, which harness the body’s immune system to fight cancer, were initially studied in more advanced disease.

For cancers that could potentially be removed with surgery, the Food and Drug Administration this year approved an immunotherapy drug called nivolumab (brand name Opdivo) for use with chemotherapy in treating non-small cell lung cancer (NSCLC) prior to surgery. The National Comprehensive Cancer Network Lung Cancer Panel also recommends the drug combo for eligible patients.

“Historically, early-stage lung cancers have been treated with surgery, plus chemotherapy administered before or after surgery to reduce the risk of recurrence,” Dr. Benjamin Herzberg, a medical oncologist specializing in thoracic malignancies at Columbia University’s Herbert Irving Comprehensive Cancer Center, previously told SurvivorNet. “Now, with the FDA approval of the immunotherapy drug nivolumab — given alongside chemotherapy and prior to definitive surgery — we have another option to offer patients to reduce the risk of cancer coming back.”

Patients who have localized lung cancer and are getting surgery should talk to their doctors about immunotherapy prior to the operation.

‘Practice-changing’ trial results for one type of advanced lung cancer

The study results further support the idea that this targeted drug, which is already approved for certain lung cancer patients with EGFR mutations, can bring precision medicine to patients with earlier, and thereby more curable, stages of lung cancer.

“If a lung tumor harbors an alteration of the EGFR gene, patients can respond to certain medications that block the function of the EGFR gene,” Dr. Balazs Halmos, director of the Multidisciplinary Thoracic Oncology Program at Montefiore Health Systems, explained to SurvivorNet. “Tagrisso is one of the very effective EGFR targeting agents used widely in cases of advanced/stage 4 EGFR-positive lung cancer.”

Patients who have a mutation in the EGFR gene should speak to their doctors about this treatment option. If you have not been tested for biomarkers, that is also an important conversation.

At the median follow-up of 39 months, pembrolizumab showed a significant event-free survival benefit compared with chemotherapy alone.  Event-free survival is a measure of time after treatment that a group of people in a clinical trial has not had cancer come back or get worse.

“We are proud to offer a new treatment option for patients faced with this challenging cancer,” Dr. Vicki Goodman, vice president of clinical research at Merck Research Laboratories, said in a press release. “This neoadjuvant and adjuvant combination with Keytruda is the first immunotherapy regimen to be approved in high-risk early-stage triple negative breast, marking a meaningful milestone for the breast cancer community.”

Women with triple negative breast cancer should discuss the option of neoadjuvant immunotherapy and chemotherapy with their doctors prior to surgery.

The new drug, cilta-cel (sold as brand name: Carvykti), has been approved for the treatment of adults with multiple myeloma that has resisted treatment or has returned after four or more prior forms of therapy, including a proteasome inhibitor, an immunomodulatory agent and an anti-CD38 monoclonal antibody.

The new approval increased patient access to this revolutionary therapy since in the past there was only one CAR-T cell therapy (Abecma) approved by the FDA.

Patients with multiple myeloma that has not responded to multiple other treatments or has returned should discuss this option with their doctors.