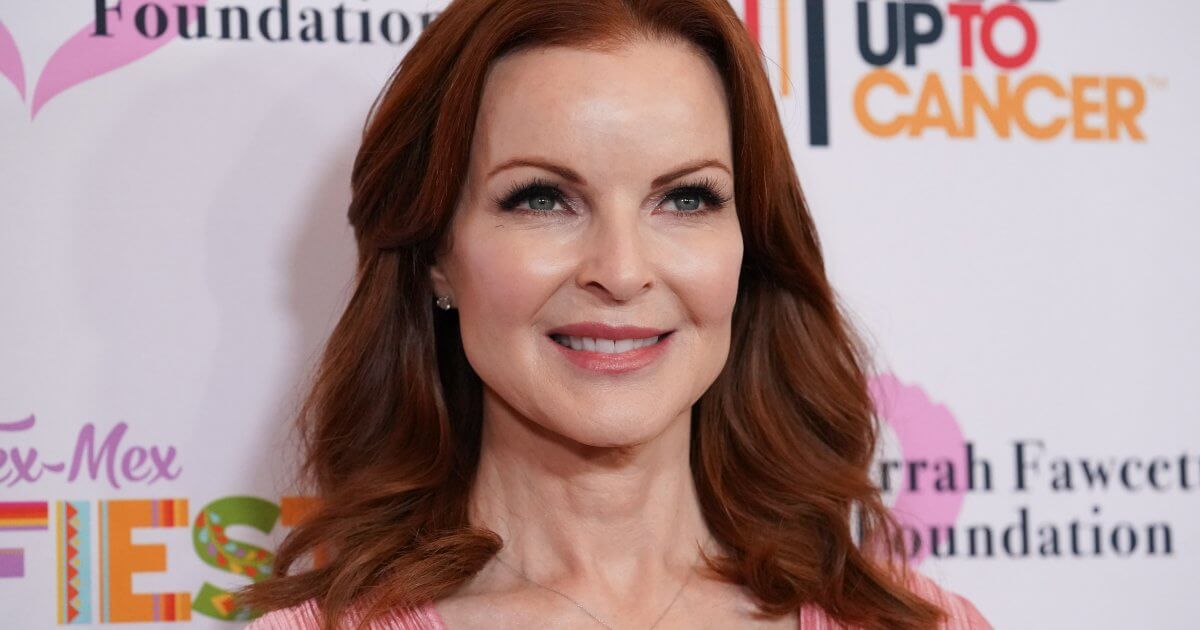 Cross and her husband, Tom Mahoney, have actually both been through cancer, and the actress opened up about the experience in a previous interview with SurvivorNet. The Massachusetts native said her diagnosis, which came out of the blue, naturally created a great deal of anxiety and stress, and not just in her marriage — but with her two young daughters.

Read More
“I have the most wonderful daughters,” Cross said, “but their initial reactions were anger. You don’t know how to process it. It’s bad news. Eventually they were so loving and supportive of course, but in the first moment … you’re not supposed to be that person. You’re the mother! You’re not supposed to be sick.” And of course, she said, “we had a history with cancer, so it brings up more trauma.” As for her relationship with her husband, Cross shared that during her cancer journey she wasn’t always aware of how her struggle impacted him. Mahoney, she said, was amazing — there for her when she needed him and an all-around great caregiver. But she didn’t consider the emotions that would resurface for him as a throat cancer survivor.

“My husband … he’s a do-er, probably like most men,” Cross said. “He took care of those kids. He was fantastic. When I needed him, I would say, ‘I need you now.’ My husband had already been traumatized and then he was around me going through it, and it didn’t even occur to me until a doctor said, ‘You know, this might be bringing up a lot of feelings for your husband.’ I was like, ‘Oh!’ Because, of course all I was thinking about was myself!”

“We’re all people with pros and cons and weaknesses and strengths,” she added.

The Connection to HPV

HPV has been linked to several cancers, but most prominently to cervical cancer. In fact, experts say that the virus — which is transmitted sexually and extremely common in the United States — is responsible for 96% of cervical cancers and the leading cause of the disease in the country. Fortunately, the HPV vaccine can prevent these cancers.

In addition to cervical cancer, HPV has also been linked to:

“The vast majority of humans in the U.S., both men and women, will eventually get infected with human papillomavirus,” Dr. Allen Ho, a head and neck surgeon at Cedars-Sinai, told SurvivorNet in a previous conversation.

Dr. Allen Ho explains what HPV is and how it is linked to cancer.

“The important thing to know about HPV is that there are many different strains, and only a couple of them tend to be more cancer-inducing,” Dr. Ho explained. “Probably less than 1% of the population who get infected happen to have the cancer-causing virus that somehow their immune system fails to clear, and over 15 to 20 years [it] develops from a viral infection into a tumor, and a cancer.”

There has been some controversy around the HPV vaccine — mainly because doctors recommend it is given to young children, but there is a reason for that.

The original FDA approval of the Gardasil-9 HPV vaccine included young people ages 9 to 26, but it has since been expanded to include men and women ages 27 to 45. When given in two doses, spaced 6 to 12 months apart, the vaccine can prevent more than 90% of HPV- related cancers.

Dr. Bobbie Rimel explains why children should be given the HPV vaccine.

Kids as young as 9 can get Gardisil, and the earlier the better, Dr. Bobbie Rimel, a gynecologic oncologist at Cedars-Sinai Medical Center in Los Angeles, told SurvivorNet in a previous chat.

“The immune system of children is very robust and their ability to create a long, lifelong immunity based on a vaccination is greater than in the adult body.”