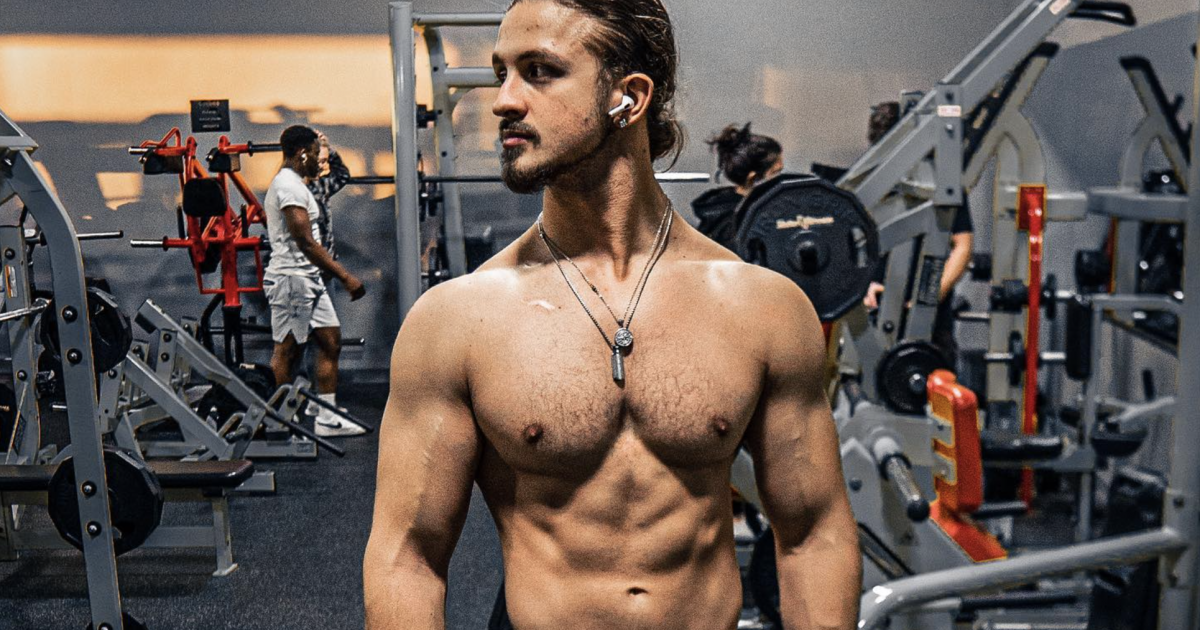 A Childhood Cancer Survivor on a Mission

Ethan Fairbanks spent most of his childhood in a hospital bed. But now the 20-year-old bodybuilder is sharing his inspiring story to encourage others to overcome their own obstacles.

Fairbanks was “involved in just about any sport you can imagine” before a cancer diagnosis changed his life. Pain in his left leg eventually led his mother to bring him to a doctor.

Read More
“I was super athletic and highly competitive,” he said. Sadly, doctors kept thinking he simply had a sports injury. It wasn’t until he suffered more pain and endured many hospital trips that doctors finally gave him a correct diagnosis at age 7: osteosarcoma. “I was super sick, threw up all the time, was unable to eat, and was honestly just sitting on my deathbed,” he said of his cancer journey.

For treatment, he needed to have his leg amputated and underwent chemotherapy and radiation. Eventually, he was able to return to school at age 12, but he was forced to have a hip replacement at age 13 due to side effects from radiation.

In a recent YouTube video, Fairbanks explained that he was doing well after that surgery until he had a recurrence in his lung at age 16. But more surgery led to his recovery, and he’s still doing well today. So well, in fact, that he’s even broken two national bench press records for his age and weight class.

“I’ve had one recurrence in the past 7 years so that’s amazing,” he said in his video. “I live a very healthy lifestyle, I’ve managed to completely change my life around.

Fairbanks added that just last month he was up to 165 pounds, but he’s since dropped his weight down because he’s in a cutting phase of his training.

“No matter what you face throughout your life you have the strength and you have the ability to push through it,” he said. “It’s all a mindset game.

“Hard work will pay off. It’s worked for me — Four years cancer-free.”

Today, Fairbanks shares many inspirational pictures and videos to his social media channels in the hopes of inspiring others to fulfill their dreams.

“I wasn’t always like this. When I was fresh out of the hospital I would drink like a 12 pack of mountain dew a day, bro. I lived off chicken nuggets,” he said. “I was that kid, but look at me now. I hold two national bench press records… as a cancer survivor with one leg. Let that sink in, okay? If I can do these things, you guys can do these things too.

The term sarcoma is used to describe an array of more than 70 rare cancers that begin in the bones and the soft tissues, such as muscles. This diverse group of diseases accounts for only about 1% of tumors in adults and just over 10% of tumors in children.

Bold, Bald & Beautiful: Kara Ladd Met a New Version of Herself After Her Cancer Diagnosis

“Unfortunately, most sarcomas do not cause many of the symptoms that may be associated with other cancers,” Dr. Dale Shepard, director of the Cleveland Clinic Taussig Cancer Institute Phase I and Sarcoma Programs, told SurvivorNet in a previous discussion. “A mass the size of a golf ball or larger and growing should be evaluated as a potential sarcoma. It’s important that patients who do have symptoms are not dismissive of them.”

The word sarcoma refers to a large array of bone and soft tissue cancers, and individual cancers within that set go by unique names. Some of the types of sarcomas include:

The Resilience of Cancer Warriors

Here at SurvivorNet, we get to share stories of resilience all the time because there’s no shortage of brave cancer warriors holding onto hope in the face of adversity and achieving amazing things.

RELATED: 6 Cancer Survivors Tell Us How They Stay Hopeful During Difficult Times

Danielle Ripley-Burgess, a two-time colon cancer survivor, has an incredible story. She was first diagnosed with colon cancer in high school and proceeded to beat the disease not once, but twice.

Understandably so, Ripley-Burgess has had to work through a lot of complex emotions that came with her cancer journey. Still, she’s always managed to look at life with a positive attitude.

“As I’ve worked through the complex emotions of cancer, I’ve uncovered some beautiful things: Wisdom. Love. Life purpose. Priorities,” she previously told SurvivorNet. “I carry a very real sense that life is short, and I’m grateful to be living it! This has made me optimistic.

“Optimism doesn’t mean that fear, pain and division don’t exist — they do. Our world is full of negativity, judgment and hate. Optimism means that I believe there’s always good to be found despite the bad, and this is what my life is centered around.”

She moves through life with a sense of purpose unique to someone who’s been faced with the darkest of times. Happily in remission today, she’s determined to, one day, leave the world better than she found it.

“We can choose to stay positive, treat others with respect and look for the light in spite of the darkness,” she said. “This type of attitude and behavior will lead to the kind of legacies I believe all of us hope to leave.”

One Tough Cookie: Resilient 8-Year-Old Who Overcame Ewing Sarcoma Sells More Than 32,000 Boxes of Girl Scout Cookies To Break Record Indiana Native Beats Ewing Sarcoma As a Kid, Becomes Millionaire Businessman and Actor: ‘Chemo Teaches You that You’re Going to Be Thrown Curveballs’ Dancing in the Rain: Osteosarcoma Survivor Sona Kocinsky’s Story of Bravery, Resilience and Hope Sarcoma Survivor Who Lost Her Leg Due to Cancer is the First Amputee to Compete in Miss World Pageant Qualifier: ‘Looking Different Doesn’t Make You Any Less’ Bold, Bald & Beautiful: Kara Ladd Met a New Version of Herself After Her Cancer Diagnosis
NOW
PLAYING
Dwayne 'The Rock' Johnson, 50, Says His Mom, 74, Is Okay After A Scary Car Accident. She's Survived Cancer, Attempted Suicide, Another Car Crash And A Tough Marriage
NOW
PLAYING
Don't Let A Doctor Make You Feel Crazy-- San Diego Student, 20, Diagnosed With Ovarian Cancer After Doctors Dismissed Her Symptoms
NOW
PLAYING
24-Year-Old Woman Ignored Stomach Pains & Bloating, Turned Out To Have Ovarian Cancer-- Urges Others 'To Get It Checked Out'
NOW
PLAYING
Apple's Steve Jobs Was Trying To Accept Powerlessness & His Place In The Universe – The Newly Revealed Email To Himself
NOW
PLAYING
Woman's Acid Reflux Misdiagnosed As Lymphoma - 'When You Feel That Something Is 'Off' In Your Body, Trust Yourself'
NOW
PLAYING
Doctors Said 20-Year-Old's Itchy Skin Was Scabies. Turned Out To Be Lymphoma. Follow Your Instincts.

Dwayne ‘The Rock’ Johnson, 50, Says His Mom, 74, Is Okay After A Scary Car Accident. She’s Survived Cancer, Attempted Suicide, Another Car Crash And A Tough Marriage

Woman’s Lymphoma Misdiagnosed As Acid Reflux – ‘When You Feel That Something Is ‘Off’ In Your Body, Trust Yourself’