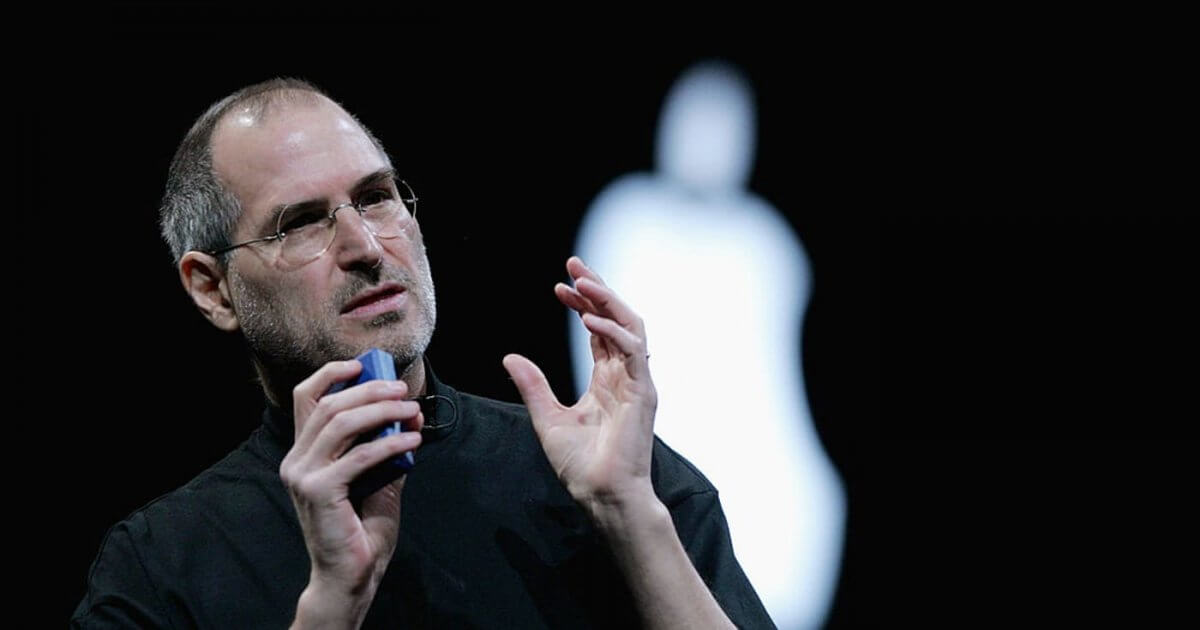 Acceptance & Processing the Emotions of a Cancer Journey

What does my life mean? What is my place in the world? How to accept cancer? Apple’s Steve Jobs seems to have had all those thoughts at the end of his long battle with pancreatic cancer. In a recently released email to himself, we can see the late CEO of Apple attempt to make sense of those feelings through his writing.

Jobs was diagnosed with pancreatic cancer in 2003. He initially underwent alternative treatment methods like plants, acupuncture and dietary changes before opting for surgery nine months after his diagnosis.

Read More
Many have speculated that Jobs’ postponement of the conventional surgery treatment may have shortened his life span. He passed away on October 5, 2011. RELATED: Remembering Apple Pioneer Steve Jobs on the 10th Anniversary of His Death from a Rare Form of Pancreatic Cancer “In that most important way, Steve was never ironic, never cynical, never pessimistic,” his sister, Mona Simpson, said after his death. “I try to learn from that, still.”

It’s been over a decade since his passing, but his widow released a touching poem by Jobs just earlier this year:

“I grow little of the food I eat, and of the little I do grow I did not breed or perfect the seeds.

I do not make any of my own clothing.

I speak a language I did not invent or refine.

I did not discover the mathematics I use.

I am protected by freedoms and laws I did not conceive of or legislate, and do not enforce or adjudicate.

I am moved by music I did not create myself.

When I needed medical attention, I was helpless to help myself survive.

I did not invent the transistor, the microprocessor, object oriented programming, or most of the technology I work with.

I love and admire my species, living and dead, and am totally dependent on them for my life and well being.

Sent from my iPad”

The email, which was posted to a Steve Jobs archive website dedicated to his legacy, was dated a little over a year before his passing. And it seems this was probably not the only message Jobs wrote to himself.

“Steve often sent himself messages to capture what was on his mind,” the website reads next to the email.

Navigating the Emotions of a Cancer Journey

Writing can be a powerful way to sort through complex emotions. But know that there are many other ways to explore them, too. Whether it’s through writing, painting, singing, walking or any other activity, it’s important to try to feel as good as you can.

What Still Brings You Joy?

“We know from good studies that emotional health is associated with survival, meaning better quality of life is associated with better outcomes,” Dr. Dana Chase, a gynecologic oncologist at Arizona Oncology, told SurvivorNet in a previous interview. “So working on your emotional health, your physical well-being, your social environment [and] your emotional well-being are important and can impact your survival.

“If that’s related to what activities you do that bring you joy, then you should try to do more of those activities.”

Dr. William Breitbart, the chair of the Department of Psychology and Behavioral Sciences at Memorial Sloan Kettering Cancer Center, spoke with SurvivorNet about the power of acceptance when living with cancer.

Learning to Accept Yourself — A Huge Part of Living With Cancer

“What the task becomes is having the courage to live in the face of uncertainty, realizing that you cannot necessarily control the uncertainty in life… the suffering that occurs, challenges both good and bad,” Dr. Breitbart said. “You may not be able to control those but you have control over how you choose to respond.”

It’s very normal to have negative feelings throughout your cancer journey – and it’s okay to express them. Anger, shame, fear, anxiety – they’re all to be expected. But how you handle the rollercoaster of emotions that can come with a cancer journey is up to you.

Evelyn Reyes-Beato is a resilient woman who, like Steve Jobs, also had to deal with the complexity of emotions during a cancer journey. The colon cancer survivor comes from a culture where health issues and feelings aren’t normally talked about, but she found that expressing her emotional pain was a big factor in helping her overall physical health.

“You have to let it out,” Evelyn previously told SurvivorNet. “Your mental and your emotional help your physical get in line. If you keep all of the emotions in, the way I see it, is that stuff is going to eat you up inside and it’s not going to let you heal.”

Danielle Ripley-Burgess, a two-time colon cancer survivor, is another inspiring cancer survivor. She was first diagnosed with colon cancer in high school and proceeded to beat the disease not once, but twice. Understandably so, Ripley-Burgess has had to work through a lot of emotions that came with her cancer and its recurrence. Even still, she’s always managed to look at life with a positive attitude.

“As I’ve worked through the complex emotions of cancer, I’ve uncovered some beautiful things: Wisdom. Love. Life purpose. Priorities,” she previously told SurvivorNet. “I carry a very real sense that life is short, and I’m grateful to be living it! This has made me optimistic. Optimism doesn’t mean that fear, pain and division don’t exist – they do. Our world is full of negativity, judgment, and hate. Optimism means that I believe there’s always good to be found despite the bad, and this is what my life is centered around.”

She moves through life with a sense of purpose unique to someone who’s been faced with the darkest of times. Happily in remission today, she’s determined to, one day, leave the world better than she found it.

“We can choose to stay positive, treat others with respect and look for the light in spite of the darkness,” she said. “This type of attitude and behavior will lead to the kind of legacies I believe all of us hope to leave.”

Parents, siblings and children of someone with pancreatic cancer are considered high risk for developing the disease because they are first-degree relatives of the individual. PGVs (pathogenic germline variants) are changes in reproductive cells (sperm or egg) that become part of the DNA in the cells of the offspring. Germline variants are passed from parents to their children and are associated with increased risks of several cancer types, including pancreatic, ovarian and breast cancers. Germline mutations in ATM, BRCA1, BRCA2, CKDN2A, PALB2, PRSS1, STK11 and TP53 are associated with increased risk of pancreatic cancer.