Columbus, Ohio college student Allie Berry was diagnosed with this rare type of sarcoma in May and is currently undergoing chemotherapy treatment. 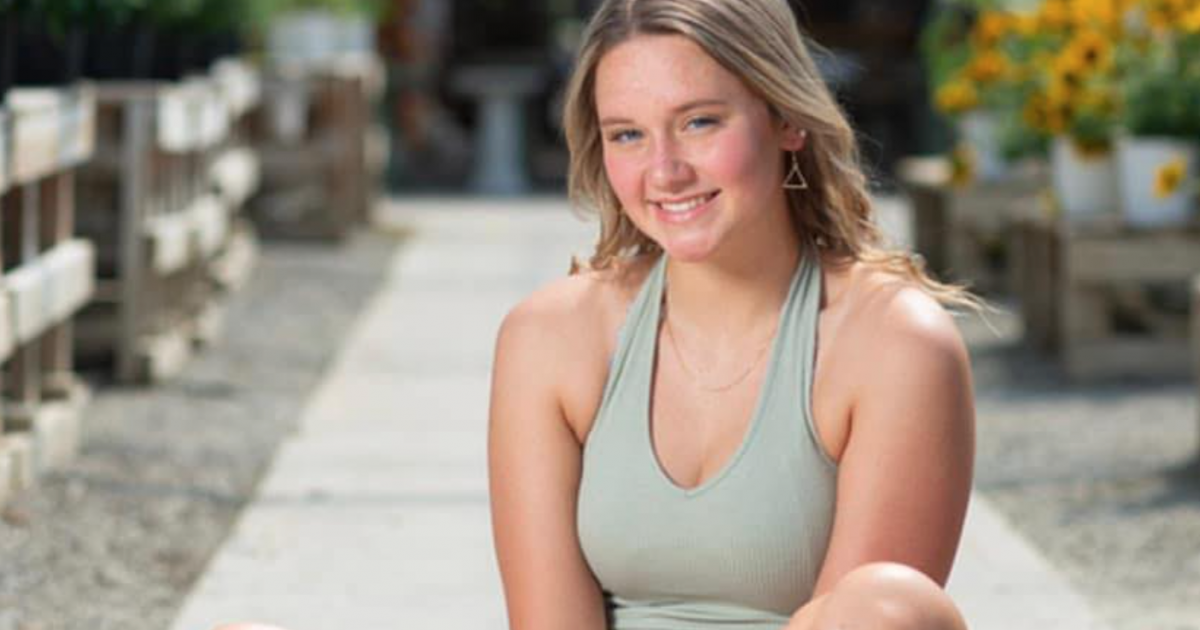 Keeping Her Head Up

19-year-old Allie Berry’s “unicorn” case of a rare type of cancer will likely become a test study, according to her doctor.

Rhabdomyosarcoma, an aggressive type of sarcoma, which forms in the soft tissue, only accounts for one percent of all cancers. The disease is typically found near the ovaries, eyes, or bone marrow.

Read More
Doctors found a “softball-sized” tumor around Allie’s liver and pancreas in her abdominal wall. The part-time Denny’s waitress was diagnosed at 18 years old with Rhabdomyosarcoma, an aggressive form of cancer that forms in soft tissue, two months ago. The softball-sized tumor was found in her abdominal wall and had wrapped itself around the pancreas and liver. Related: Single Mom Of Four is Battling Lymphoma After Doctors Discover Softball-Sized Tumor

Not giving up hope by any means, Allie sees her unique health situation as something positive. Plus the weekly gifts that she is getting showered with at Denny’s—including a blanket of the periodic table from her chemistry teacher—definitely helps her spirits.

“I was doubting if there was any good left in the world, but I believe this is the reason this happened,” Allie told Ohio’s Times Recorder. “God has shown me there is still plenty of good in the world.” 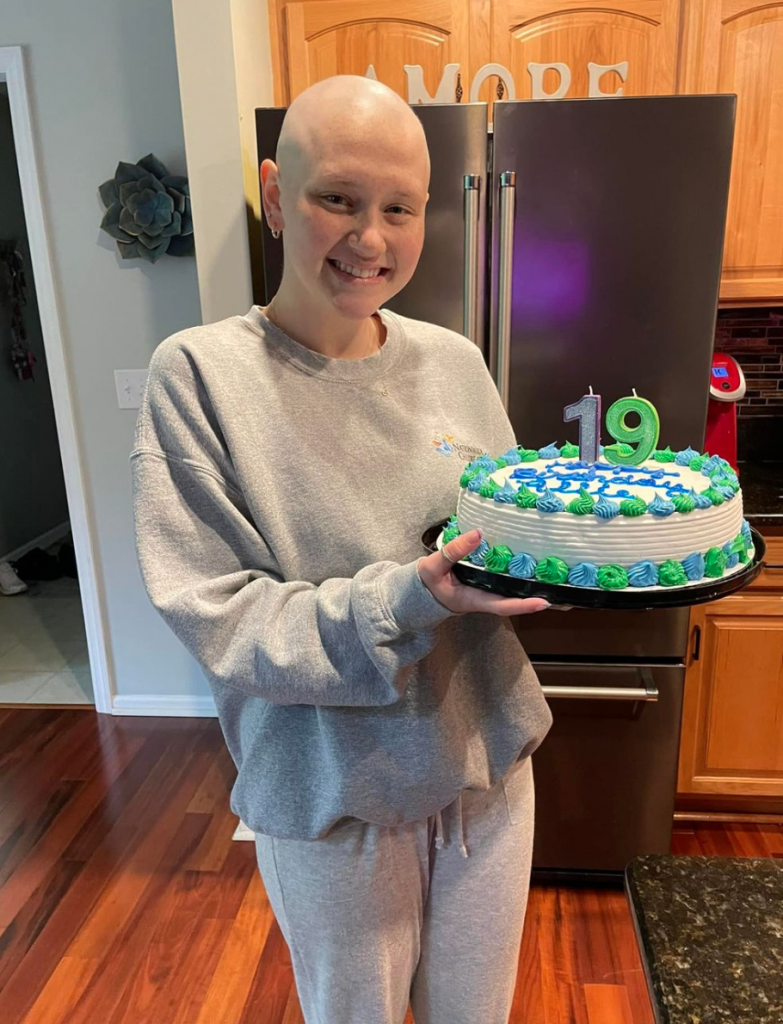 Allie has a total of 67 weekly chemotherapy treatments at Nationwide Children’s Hospital in Columbus and has completed 10.

A friend of hers started a fundraising page for the family which has helped immensely.

“The GoFundMe has been big for us. It allows my mom (Jennifer) to stay with me during my chemo,” Allie said. “We’re very grateful for all the help.”

Allie was studying biochemistry at Capital University in Columbus when her life got the ultimate curveball. She was attending a sorority formal when she had a horrendous feeling in her stomach. Unable to eat, she said she quickly dropped around 12 pounds.

Related: ‘I Can Control My Own Narrative’: ‘Anne With an E’ Star Miranda McKeon, 19, Bravely Balances Chemo With College

“It was finals week, and I was babysitting for three families to help pay for college so I tried to push through,” Allie said. “I tried to eat lighter and better, but I remember one night crying to my roommate because I couldn’t eat anything. I wasn’t feeling well the night of the formal, and the feeling didn’t go away.”

When her parents took her to the hospital, doctors initially thought it was a cyst, but discovered a mass and Allie was fast-tracked through six surgeries: the removal of her ovary, getting a port and chest tube put in, and further cutting into the tumor.

“He was very sympathetic, and I knew it wasn’t good,” he said. Sadly, the teen was stuck in the hospital for an entire month, with immediate return visits for an infection and blood clots. 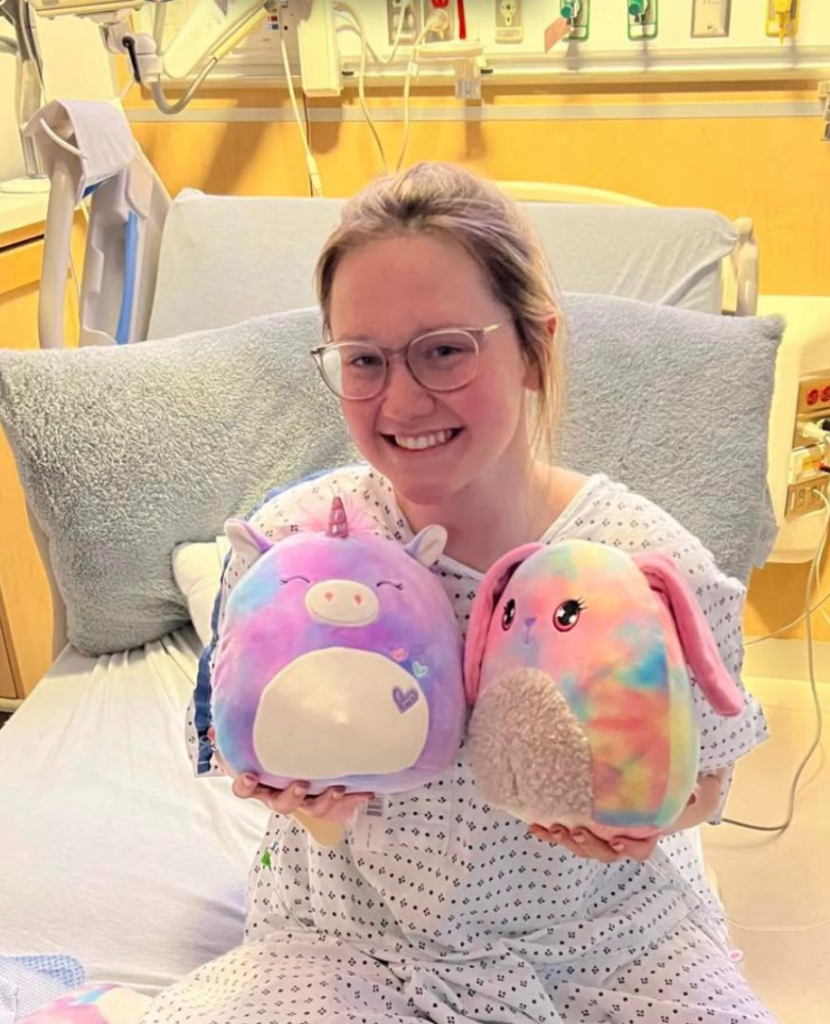 “They asked if I was an alcoholic because my liver looked so bad, and it was tough not being able to go anywhere at the hospital,” Allie said. “There was a sense of relief when I came home, but it was also scary. I was used to people watching me all the time.”

Allie is lucky to have a loving boyfriend and parents who took turn staying with her at the hospital.

“I’ve been trying to help keep her life as normal as possible,” Marcus, Allie’s boyfriend said. “We get together with friends, and we hung out at the family farm. We try to make the most of our time together.”

Even though Allie has had some recent challenges and hard days, she knows she is fortunate, and continues to put things in perspective.

“I see little kids at the hospital who will never get to leave and won’t recover,” she said. “It shows me it could be worse. I have a good chance to recover and to return to normal some time soon. It will be tough, but I’m grateful and thankful that it’s even a possibility.”

According to the American Cancer Society, sarcomas are types of cancers “that develop from connective tissues in the body, such as muscles, fat, bones, the linings of joints, or blood vessels.” There are dozens of types of sarcomas.

Rhabdomyosarcoma (RMS) is a type of sarcoma made up of cells that normally develop into skeletal (voluntary) muscles, which are muscles that we control to move parts of our body.

Cells called rhabdomyoblasts (which become skeletal muscles) begin to form well before birth, and these cells can develop into RMS. RMS is more common in children, but adults can develop the rare disease as well.

Common sites of RMS include: