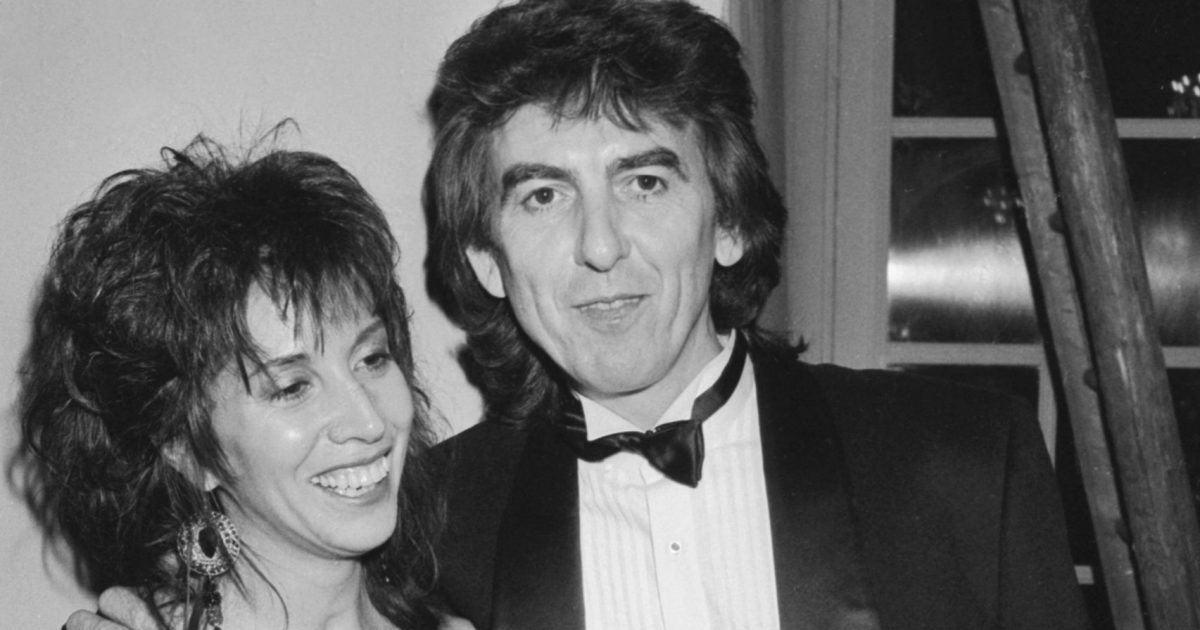 Looking Into the Major Advances in Lung Cancer Treatment

The wife of Beatles great George Harrison took to Instagram on Tuesday to mourn the loss of her husband, 21 years after the legendary rock star passed from lung cancer. Harrison was just 58 years old when he passed away in 2001. In the heartfelt post, Olivia Harrison shared a video of George while a live version of the Beatles’ “While My Guitar Gently Weeps” plays in the background.

Harrison passed away after a long battle with cancer on November 29, 2001. He was first diagnosed with throat cancer back in 1997. He underwent treatment and was given a clean bill of health in 1998, but the cancer later returned and the musician had to begin treatment for non-small cell lung cancer.

Read More
Throughout his health struggles, Harrison — who was often referred to as “the quiet Beatle” — had a very balanced and peaceful outlook on a very serious diagnosis, according to former Beatles producer George Martin. “George is very philosophical,” Martin told The Mail just months before Harrison passed. “He has been near death many times and he’s been rescued many times as well. But he knows he is going to die soon and he’s accepting it perfectly happily.”

In May 2001, Harrison underwent an operation to remove a cancerous growth. However, just a few months later, he had to begin radiotherapy because the lung cancer had spread to his brain.

The tragic loss of one of the “Fab Four” shocked fans all over the world. In the 21 years since his passing, there have been many major advances when it comes to treating lung cancer — even advanced disease.

Why is lung cancer so hard to treat?

Lung cancer can be particularly difficult to treat because often, symptoms don’t show up until the cancer has spread to other organs. Non-small cell lung cancer (NSCLC), the type Harrison had, is the most common type of lung cancer and makes up about 85% of cases. Lung cancer is often detected when a patient is undergoing testing for something else.

Dr. Brendon Stiles explains who should be screened for lung cancer.

However, professionals in the field stress the importance of screening for people who may be at particular risk, including:

The reason lung cancer can be so deadly is that it’s often caught at a late stage, when it’s more difficult to treat. When doctors can catch this cancer at an early stage, survival vastly improves.

In recent years, there have been improvements in surgical techniques and radiation delivery that have improved outcomes and decreased side effects for people with lung cancer. Newer treatments — like immunotherapy and targeted agents — are also dramatically improving the length and quality of life for people who are diagnosed with lung cancer.

Treatment varies depending on which type and stage of cancer you have. If the cancer is local — meaning just in the lungs — surgery may be an option. But if it has spread to the lymph nodes, a combination of radiation with chemotherapy, followed by immunotherapy, may be the best option. Once the cancer has spread outside of the lungs, chemotherapy and/or targeted drugs are used to control its growth as much as possible.

Immunotherapy, which involves rallying a patient’s own immune system to recognize and attack cancer, has really changed the game when it comes to treating several cancers, and has shown promise in lung cancer as well.

Dr. Jim Allison, winner of the 2018 Nobel Prize in Medicine and Chair of the Department of Immunology at MD Anderson Cancer Center, told SurvivorNet in a previous interview that the next big wave of research of ways to treat cancer is likely to involve combining immunotherapy with targeted drugs.

Nobel Prize winner Dr. Jim Allison explains what’s next when it comes to using immunotherapy to save lives.

“Immunotherapy is rather unique in that for the first time, we’re getting truly curative therapies in many kinds of disease — not just in melanoma but in lung cancer, kidney cancer, bladder cancer, Hodgkin’s lymphoma, Merkel cell cancer, head and neck cancer,” he explained. “It goes on and on — so it works in many different kinds of cancers. Some it doesn’t work in … it doesn’t work yet in. That’s a big challenge that we’re beginning to work on.

“But there’s never been a class of drugs that’s worked … at this level and then also offered the possibility for combinations,” he added.

Another pioneer in the field of immunotherapy, Dr. Steven Rosenberg, Chief of Surgery at the National Cancer Institute who did major work in immunotherapy beginning in the late 1970s, said that immunotherapy is gaining traction lately as a viable, effective addition to other cancer treatments.

“In the last several years, there’s been an explosion of information that enables us to help larger numbers of patients by getting their body’s immune system to fight this disease,” he explained in a previous interview with SurvivorNet.

Immunotherapy may not be an option for all patients with lung cancer, but it is something worth discussing with your doctor and/or treatment team. Patients with certain biomarkers, which are changes in cancer cells, may be better candidates for this type of treatment. In lung cancer, there are two sets of biomarkers: driver mutations and PDL1. Read more about advanced disease here.

Lung cancer is the second most common form of cancer, and the leading cause of cancer deaths in both men and women in the United States. Smoking is, of course, the primary cause of lung cancer, but non-smokers can, and do, develop this disease. The good news is that if you quit smoking, your risk for lung cancer decreases. There are several surgeries for lung cancer, and the decision about which is best is based on the location of your cancer, its size and whether it has spread.
NOW
PLAYING
'Hungry Like The Wolf': Duran Duran Guitarist Andy Taylor, 61, Says Music Gives Him Optimism As Battles Advanced Prostate Cancer
NOW
PLAYING
8 Ways to Support Someone Battling Cancer:  The Inspiring Story of Levon Helm
NOW
PLAYING
Kathy Griffin, 62, Back in Surgery To Alleviate Effects of Lung Cancer Treatment Jokingly Asks Fans For Their Pity
NOW
PLAYING
Popular TV Host's 'Torrid Night of Pain' While Battling Lung Cancer
NOW
PLAYING
I Need Rest Says Country Star Toby Keith, 61, In First Interview Since Revealing Stomach Cancer Diagnosis
NOW
PLAYING
Shockingly Fired After Diagnosis, Popular TV Host And Loving Father Of Three Receives Outpouring Of Support From Fans