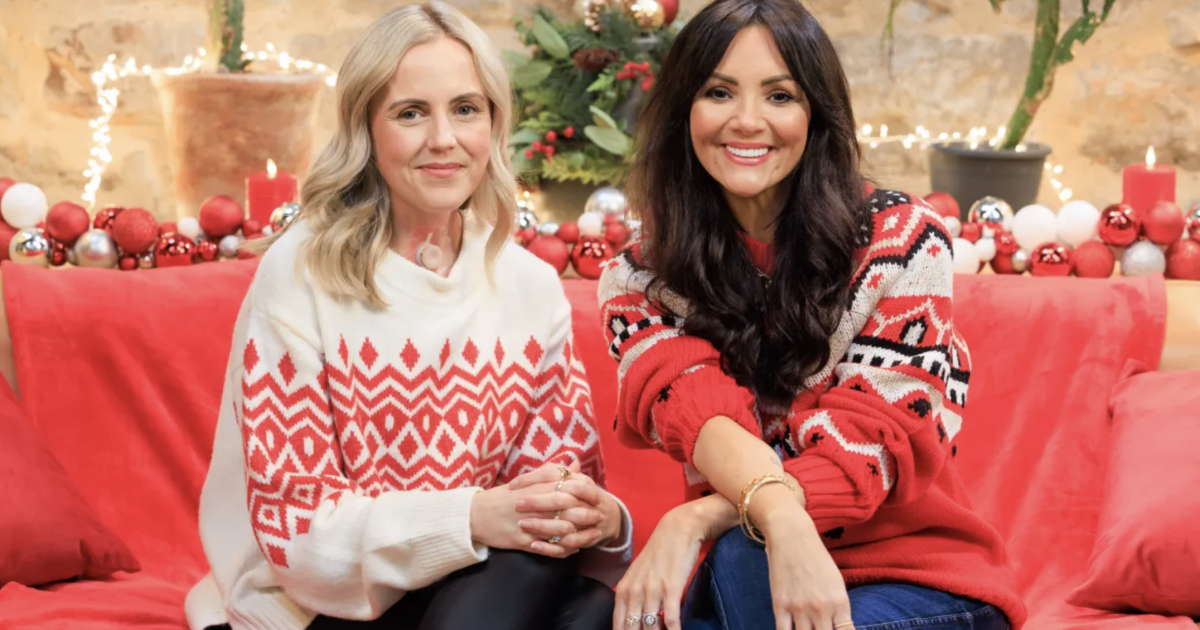 Tanja Bage lost her voice box to throat cancer. But that obstacle wouldn’t stop her from giving a heartfelt vocal performance for her sister.

Bage had to have her voice box removed in 2020. The trained singer now speaks through a speech valve.

Read More
“The hardest thing about this (having my voice box removed) was the loss of my singing voice and although I do still have a voice, it’s not the one I was born with,” she said. But with the help of a smart instrument called an Electrospit and Love Actually star Martine McCutcheon, Bage was able to sing a Christmas carol for her beloved sister Mia – someone the former theater performer says “has always been [her] biggest fan” and supported her during her cancer journey. “My sister and I have always been very close,” she said. “Being able to surprise her on her doorstep and perform in this whole new way felt really special – I never thought I’d get to perform again in this way.”

But how did it work? McCutcheon’s live vocals were transmitted to the headphones around Bage’s neck which provided the harmonies to the song “Silent Night.”

From there, the sounds travelled through Bage’s throat and allowed her to shape them into the words of “Silent Night” making for an unforgettable performance.

“To be able to make Tanja and Mia’s Christmas super magical has been a real privilege for me,” McCutcheon said. “I’ve been so inspired learning about the laryngectomy community and hope this project will educate the wider public on how to help remove any stigmas those with diverse voices may face.”

Dr. Jessica Geiger, a medical oncologist at Cleveland Clinic Cancer Center, explained the link between throat cancer and HPV in a previous interview with SurvivorNet.

Get the Facts: What Do We Know about HPV-Linked Throat Cancer?

Thriving after a Cancer Battle

Sometimes, hearing stories like those of Tanja Bage and Marecya Burton can help people faced with seemingly insurmountable challenges like cancer move forward with bravery and strength.

And if inspiration is what you need, SurvivorNet has you covered. Time and time again, we get to get to share stories of resilience because there’s no shortage of brave cancer warriors holding onto hope in the face of adversity and achieving amazing things.

Garcia was on a hunting and fishing trip through the Montana backcountry in 2011 when he stumbled upon what he thought were the remains of a bear in a tin can that ended up being an old electrical junction box. When he attempted to remove its claw with his knife, he received an extremely severe electrical shock of 2400 volts. He lost an arm and nearly his life.

But his health struggles didn’t stop there. At the hospital, doctors also found that Garcia had testicular cancer. He needed to start chemotherapy immediately before beginning reconstructive surgeries.

Thankfully, Garcia beat the disease and has since returned to cooking up some delectable eats using a prosthetic arm. He’s a true warrior at heart who’s happy to be in remission and grateful for the people who helped to get him there.

“Everyone that has encouraged me, and supported me, and forgiven me, and held me accountable has brought me to today and how I make my life moving forward,” he said.

Another inspiring cancer warrior SurvivorNet has gotten to know is Lilly Bumpus. She’s a pediatric cancer survivor who was born with Ewing sarcoma, a rare type of bone cancer that is often found in children and young adults.

All before she turned one, Bumpus underwent intense rounds of chemotherapy and had some of her bones removed from her chest wall. Thankfully, those efforts were successful, and she’s still in remission today, though chemotherapy has left her with lasting side effects like bone deformation.

As if kicking cancer’s butt wasn’t enough, she’s also beaten the Girl Scout cookie sales record for most boxes sold in a single season. She sold more than 32,000 boxes of cookies this year despite operating in a world ensnared by the COVID-19 pandemic.

“My favorite thing about Lilly is that she never gives up,” her mother, Trish, previously told SurvivorNet. “So, Lillybug got to 10,000 boxes one week into Girl Scout cookie season. Never, ever has that happened. So we went from there. I then approached Girl Scouts and said, ‘What happens now if she sells 20,000 boxes?’ And they said, ‘20,000 boxes, yeah, okay.’ So we said, ‘Game on.’ So then we sold on and sold on, and she got into 20,000 boxes.”

And last, but certainly not least, best-selling author Alex Echols is yet another cancer warrior whose story has enthralled and moved us. He is a late-stage lymphoma survivor who, as humble as can be, credits his resilience to his upbringing in a violence-ridden neighborhood he’s since left.

His treatment included high-dose chemotherapy followed by a bone marrow transplant, also known as a stem cell transplant – not an easy journey by any means. But through it all, Echols remained optimistic as ever.

“Even during some of the most challenging days and nights, when I didn’t have any energy, I looked for things to be grateful for,” he said. “I’ve always felt like I’ve been an optimist my entire life, and I’ve always seen things as the glass half full.”

Now, he’s on the other side of his cancer journey and sharing what he’s learned with the world through his work. He’s an emotional intelligence leadership-based trainer and the bestselling co-author of The Two-Week Notice: How to Discover Your Passion, Quit Your Job + Impact Our World.

“Honestly, I’ve just gotten back into such a rich and beautiful life for myself,” he said.

Throat Cancer Is Increasing in the United States, New Research Suggests; Did You Know A Virus That Causes It Can Be Prevented With a Vaccine? A Woman Who Started Smoking at Age 11 Went on to Fight Three Throat Cancer Battles; Understanding Smoking and its Affect on Cancer Risk 7 Signs of Throat Cancer That Aren’t As Obvious as You’d Think; Knowing What to Look for Is Key
NOW
PLAYING
Triumph For Val Kilmer, Still Fighting Throat Cancer Side Effects, As ‘Top Gun: Maverick’ Receives Six Oscar Nominations
NOW
PLAYING
Val Kilmer Celebrates The Continued Success Of 'Top Gun: Maverick'
NOW
PLAYING
Legendary Tennis Rivals Both Now Fighting Cancer: Chris Evert And Longtime Friend Martina Navratilova: 'Supporting Her Journey, Like She Did Mine'
NOW
PLAYING
Amid Health Struggles, Celebrating Actor Val Kilmer, 62, As 'Top Gun: Maverick' Receives A Golden Globe Nomination
NOW
PLAYING
Pulling For Val Kilmer, 62, As He is Forced To Pull Out Of 'Willow' Film Role Amid Health Issues After Cancer
NOW
PLAYING
Comedian Sinbad, 66, Still Re-Learning To Walk Two Years After His Stroke: 'I Will Not Stop Fighting Until I Can Walk Across The Stage Again'

Comedian Sinbad, 66, Still Re-Learning To Walk Two Years After His Stroke: ‘I Will Not Stop Fighting Until I Can Walk Across The Stage Again’