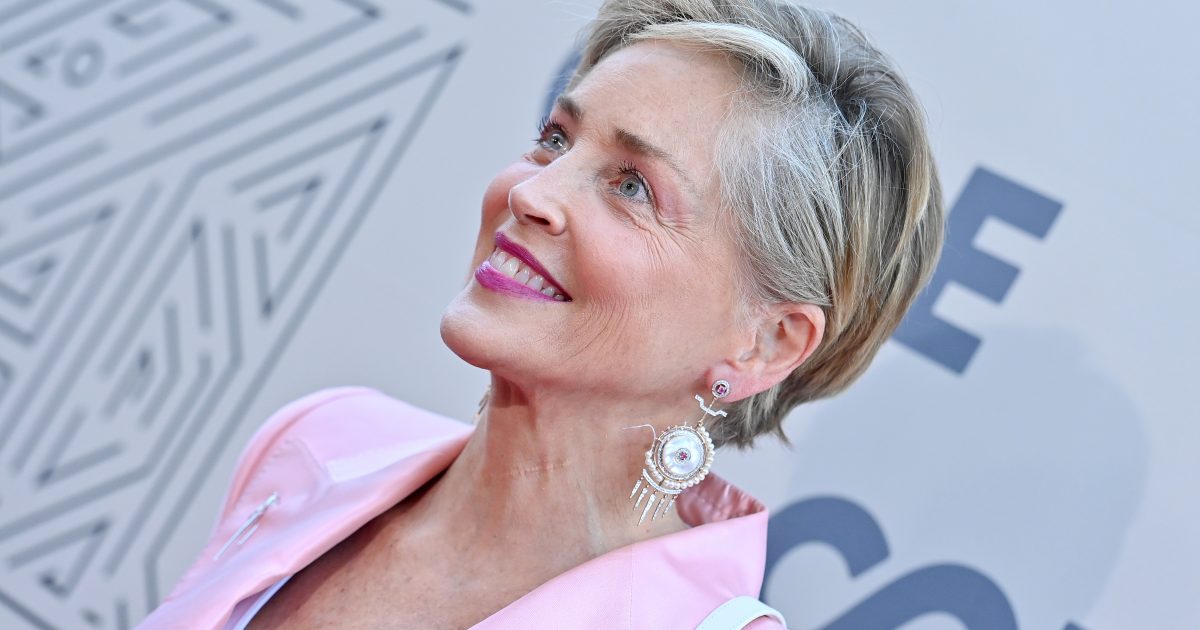 Unfortunately, many people who have been through cancer or other serious health issues had to deal with being dismissed (or even misdiagnosed) by doctors many times before they got the correct diagnosis and were able to begin undergoing the correct treatment. Their stories are a reminder about the important of advocating for your own health because these dismissals — for whatever reason — are incredibly common.

Even well-known celebrities like Sharon Stone have had to deal with being put through the ringer just to get a diagnosis. The 64-year-old actress shared her story and a warning to others earlier this year.

Read More
Stone recently had a fibroid removed from her uterus. But, sadly, that necessary procedure was predicated by a scenario far too common in the medical world: misdiagnosis. In a recent post to her social media, Stone explained that her “large fibroid tumor” was misdiagnosed by medical professionals. “Just had another misdiagnosis and incorrect procedure,” she wrote, adding that she needed a “double epidural” to treat the pain. “Worsening pain went for a SECOND OPINION: I have a large fibroid tumor that must come out.” In an effort to help others, Stone made sure to emphasize the lesson she learned from her harrowing experience. “Ladies in particular: Don’t get blown off *GET A SECOND OPINION* It can save your life,” she wrote. “I’ll be down for 4-6 weeks for full recovery. Thx for your care. It’s all good.”

“If I had any advice for you following a cancer diagnosis, it would be, first, to seek out multiple opinions as to the best care, because finding a doctor who is up to the latest of information is important,” he said. “And it’s always important to get other opinions so that you can make the best decisions for yourself in consultation with your care providers.”

It’s also important to not rule out a cancer misdiagnosis. Getting it confirmed by a second professional can ensure that you are getting the best care possible in your individual situation.

A journalist’s shocking (and dismissed) melanoma

TV journalist Sarah Lee admitted she should have sought a professional opinion the second she found a mole on her scalp. Unfortunately, it took a series of appointments and plenty of self-advocacy before she got her correct diagnosis of stage three melanoma.

The 29-year-old BBC journalist first noticed the mole on her scalp last summer after taking a photo of her head to determine if she needed highlights for her hair. After calling her doctor, Lee went to a dermatologist with a referral. Unfortunately, the cancerous mole did not seem problematic to the medical professional.

“The skin specialist told me three things: it didn’t look unusual, I was too young to have skin cancer, and that it was almost impossible to get melanoma on the scalp, as the hair acts as a barrier to the sun’s ultraviolet (UV) radiation,” she wrote in an article for BBC News. “Little did I know that all three of these statements were wrong and would soon put my life in danger.”

After noticing that her mole had grown and multiplied five months later, Lee went back to her doctor in search of answers — but her concerns were still dismissed. Eventually, a dermatologist finally ordered  the urgent removal of the moles for a biopsy and she was diagnosed with stage three malignant nodular melanoma.

Lee was completely shocked, since she wore sunscreen, didn’t often go out in the bright sun, and never went to tanning beds.

“The skin is our biggest organ — please look after it. Wear a hat, slather on that factor 50, stay in the shade, get your moles checked. And push for a second, third or fourth opinion if you must,” she wrote. Her story is another reminder about the importance of speaking up when you know something is wrong with your body — and about regularly checking your skin.

Dermatologist Dr. Cecilia Larocca explains how to do a self skin-check.

Covid-19 gave rise to virtual care — and while it has many benefits, there are also scary stories about how serious ailments can be either dismissed or completely misdiagnosed (much easier than they can be in-person).

Julie Forward, a 60-year-old grandmother from England, first grew concerned about her health during a camping trip to celebrate her 60th birthday when she didn’t have the strength to open a jar. According to an article in the Daily Express, she kept contacting doctors with her concerns, but her requests for in-person visits were repeatedly denied. And when she complained of searing pain, she was prescribed antacid remedies. She’s now a staunch advocate for face-to-face visits.

“That lack of contact means they just can’t get an accurate picture of what is happening,” she said. “You can talk as long as you like on the phone but if a doctor can’t look at you and see the pain you’re in and how you’re growing weaker — as I did — they can’t make those decisions that can save a life.”

Forward eventually had a bowel rupture after a cancerous mass continually pressed on it. What followed was an 11-week fight for her life in the hospital where she was finally given a correct diagnosis and treatment: non-Hodgkin lymphoma and chemotherapy.

“For weeks it was allowed to grow and spread until I suffered a ruptured bowel and was in a critical situation that meant I very nearly didn’t make it through the night,” she explained. “…it’s all been so unnecessary because it should have been picked up when I first asked to see a doctor last August.”

Her story serves as another reminder that it is OK to demand answers when you are dealing with symptoms. Many people report being dismissed by doctors, but patients need to keep in mind that they are much more in tune with their own bodies than someone on the outside — even a medical professional.

Dr. Zuri Murrell explains why he encourages patients to be pushy until they get answers about their health.

A Misdiagnosis Can Include a Missed Diagnosis

30-Year-Old Newlywed Dismissed ‘Itchy Skin’ Just Months Before Thinking She Was ‘Stabbed’ At Music Festival: It Turned Out To Be Rare Cancer