Model Olivia Culpo, 30, Details Her Endometriosis Journey And The Pressure She’s Feeling To Have Children Soon: ‘Endometriosis Wreaked Havoc On My Life’ 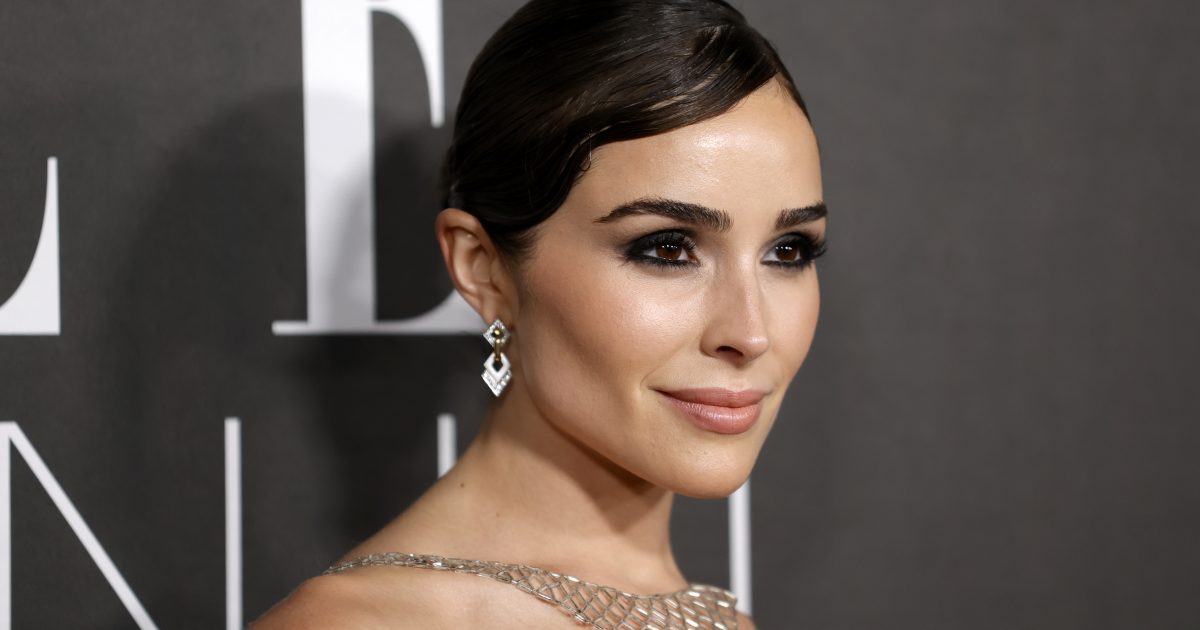 Advocating for Your Health as a Woman

Model Olivia Culpo, 30, knew her abnormal pain was cause for concern. Sadly, it took “years and years and years” before doctors finally gave her the correct diagnosis: endometriosis.

Endometriosis is an often painful disorder that can be tragically tricky to diagnosis. That’s why we applaud Culpo for sharing the details of her harrowing endometriosis journey in an effort to empower women to take charge of their health care.

Read More
In a new promotional clip for her TLC series “The Culpo Sisters,” the former Miss Universe talks about the lengthy process it took for her to figure out what was wrong with her body. “Endometriosis wreaked havoc on my life,” Culpo said in the video. “It took years and years and years to finally get a diagnosis.”

Although she “knew something was wrong with [her] body,” all too many doctors dismissed her concerns as normal discomfort.

“I remember not being able to function,” she explained of her pain. “It was the type of pain that kept me in bed all day. I went to doctor after doctor after doctor, I was told by every single doctor I went to – dozens – that my periods are normal, that pain is normal and discomfort is normal that I just need to take medicine.”

Doctors tried to prescribe her various medications, but they never seemed to help.

“I was almost made to feel like I was making up my symptoms and overreacting,” she said. “This was something that was very painful physically and also emotionally because my pain was never validated.”

In her caption under the promotional video, Culpo eloquently explained why she wanted to share her story.

“In today’s society, women are not empowered to be the expert of our own body,” she wrote. “Being made to feel like my chronic pain was an overreaction was disheartening and confusing. Who was I to disagree with not one, not two, but many highly educated and well-intending doctors?”

“Funny enough, it was the stories I found on Reddit forums, YouTube videos, and instagram accounts that validated what I knew to be true- that my symptoms were not normal and the doctors were wrong. After dozens of wrong turns, I finally landed on the truth, which was that I had severe endometriosis and needed surgery if there was any hope to salvage my reproductive organs. If it wasn’t for those who shared their stories on random blog posts, I never would have found the courage to keep advocating for myself. It’s a gift to be able to pay it forward by sharing my story. I hope that if nothing else this is a reminder to trust yourself above all and fight for yourself even if it feels like you’re a one woman army!”

Culpo, thankfully, got to her correct diagnosis after years of dismissals, but there are still many unknowns. The girlfriend of NFL star Christian McCaffrey previously talked on “The Culpo Sisters” about the effect endometriosis can have on her fertility.

“Endometriosis can affect your fertility in a lot of different ways,” she said on the show. “There is so much that I don’t know about what’s going to happen in the future with that condition and I worry all the time about my timeline. I feel like I have to have kids ASAP.”

Dr. Terri Woodard discusses your options for preserving fertility after a cancer diagnosis.

And though she’s mentioned that her and McCaffrey are “on the same page about having kids,” it’s hard to throw in the complications of potential fertility issues when you’re not quite ready to have children yet.

“He is completely and totally focused on football and he should be,” she said. “He’s 25. He’s not ready to have kids. When you add all of these fertility concerns, it’s definitely very, very stressful.'”

Endometriosis is when tissue similar to the tissue that normally lines the inside of your uterus — the endometrium — grows outside your uterus.

There’s also no genetic trait associated with endometriosis that could lead to cancer.

Common signs and symptoms of endometriosis include the following, according to the Mayo Clinic:

Endometriosis can be hard to diagnose, so don’t be afraid to get multiple opinions if you feel like the changes to your health aren’t being properly addressed.

Olivia Culpo’s story is, sadly, not the first of its kind. In fact, we’ve heard many women talk about how their health concerns were not taken seriously prior to a very serious diagnosis.

Advocating for your health is essential. One of our SurvivorNet family cancer warriors says she learned about the importance of listening to her body after a doctor dismissed a lump in her breast that turned out to be metastatic breast cancer. Some cancers can have very subtle symptoms. That's why it's crucial to address any issues with your doctor right away. Even if multiple visits or seeing additional providers for a second opinion is required to get to the right answers, it's always going to be worth it. Don't be ashamed of disease or symptoms and speak up about anything unusual happening with your body.
NOW
PLAYING
Channeling Jackie Onassis, Florida First Lady Casey DeSantis' New Fashion Inspires Other Breast Cancer Survivors To Look Their Best
NOW
PLAYING
'Miracle Baby Girl' For 29-Year-Old Who Thought Motherhood Would Not Be Possible After Late Stage Cancer Fight
NOW
PLAYING
Husband Felt a Breast Lump, Doctors Ignored It. Breast Cancer Survivor, 35, Says You Must Push For Answers
NOW
PLAYING
Teen's 'Chronic Abdominal Pain' Dismissed As Menstrual Pain Or Hormones: Diagnosed With Ovarian Cancer At 21-Years-Old
NOW
PLAYING
From Mental Health To Menstrual Problems, Selma Blair, 50, Says The Healthcare System Too Often Ignores Women
NOW
PLAYING
We Won't Be Written Off As Grandmas After Menopause-- Sex and The City' Author Candace Bushnell, 63, On Changing The View of Women After Age 50

We Won’t Be Written Off As Grandmas After Menopause– Sex and The City’ Author Candace Bushnell, 63, On Changing The View of Women After Age 50