Robin Roberts, 61, Prays to Jesus From Luxe RV In Orlando As Her Time Apart From Her Partner ‘Sweet Amber,’ 47, Continues While Amber Battles Cancer

Fresh from her brave trip to war-torn Kiev, Robin is now in Orlando for the Special Olympics 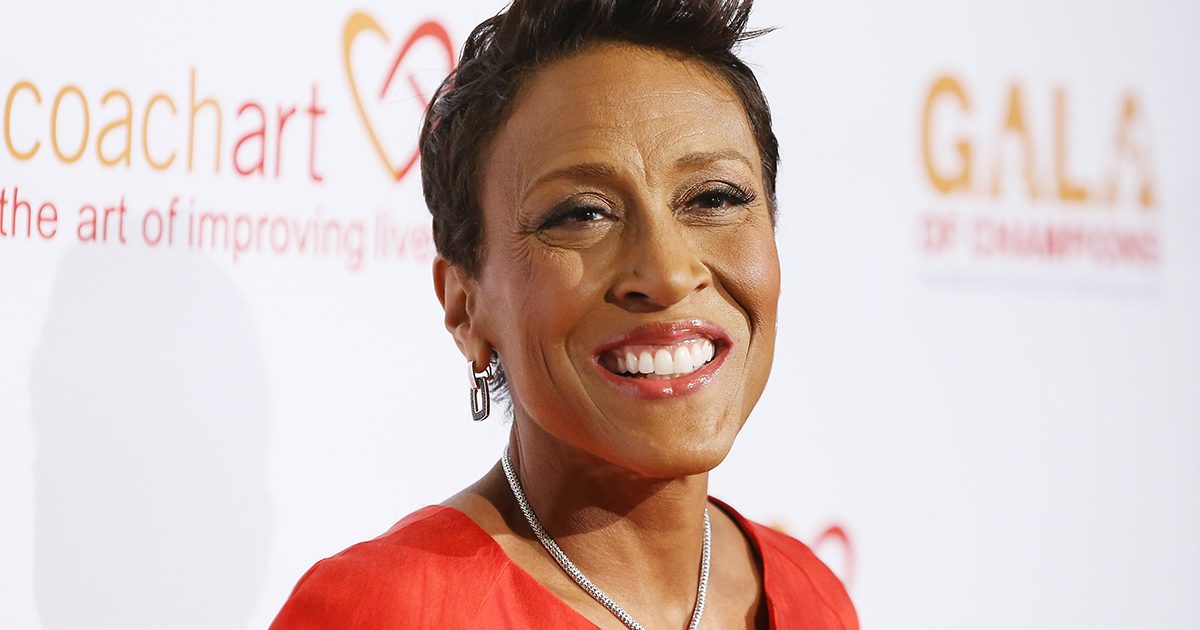 A Reminder for Cancer Survivors Going Through Tough Times

The breast cancer survivor thankfully just returned safely from the Ukraine, where she interviewed First Lady Olena Zelenska. The country has been suffering from a tragic Russian invasion since February.

Read More
RELATED: Rules For Living With Cancer “Back together again!” the journalist announced at the beginning of her video, which showed an exceptionally grateful Roberts chilling with her “Glam Fam” in her RV on site at the USA Games in the Sunshine State.“We got an RV! I feel like we’re on the road or something,” she said while playfully marching and shuffling her arms.

In today’s “Monday Motivation,” as she calls her weekly Instagram series, Roberts addressed the topic of “character,” as in, how we carry ourselves throughout our daily lives.

“Your gifts may take you to a certain level, but if you don’t have the character to match them, you won’t stay there,” Roberts cautioned. “Character is developed in the tough times when you’re not giving your way, but you keep doing the right thing.”

Noting that “you can’t be promoted without preparation, she goes on to discuss that God will only give you enough burden that you can manage. She thanks Jesus for “using the pressure of challenges to make us stronger” to help us come out even better on the other side.

This message was likely geared toward the brave athletes participating in this remarkable event, but can also particularly resonate with many survivors—and can be especially impactful for people currently battling cancer, who are also survivors!

Per usual, Roberts gave her signature shout-out to longtime partner, “Sweet Amber” Laign, 47, who is currently battling breast cancer, though she was not present in this inspirational pow-wow.

Roberts keeps a push-button device that has a special “heyyyy” shout-out from Amber recorded on it so that she can carry her with her wherever she goes, most likely, even to Kyiv on her recent voyage!

Laign was there for Roberts when she went through both of her battles, and now Roberts is taking care of her love, as much as she can at least, while she’s balancing a tough working schedule.

Robin Roberts has been open in saying that her faith got her through both of her cancer battles, and now she is continuing to lean on her faith as she helps Amber through her own journey, after getting diagnosed late last year. Amber is a bit more private in her life, but Roberts, as a public figure, has felt compelled to continually raise awareness for what she has been through.

Roberts was diagnosed with breast cancer in 2007 after discovering a lump. Ironically, she made this discovery while prepping for a news segment on performing self-checks, which shows just how important they are to perform at home.

Related: Getting to Know Your Breasts Through Self-Exams

“At first I thought, ‘This can’t be. I am a young, healthy woman,’” Roberts said, which tends to echo through many women’s heads following a diagnosis.

The journalist’s early detection was a critical factor in her survival. She treated her breast cancer with surgery, one of several treatment options for this disease, which can also be treated with radiation, chemotherapy, hormone therapy and immunotherapy.

In addition to battling breast cancer, Roberts had  MDS, which stands for myelodysplastic syndrome—a rare type of blood cancer where abnormal cells form in the body’s bone marrow.  Roberts had to undergo a bone marrow transplant.

Chemotherapy for breast cancer could have likely contributed to Roberts’ secondary cancer. Although it is rare, it is one of the risks of treatment. MDS caused by cancer treatment is called “secondary MDS” or “treatment-related MDS.”

Although risks and complications can happen with treatment, many patients feel that is is highly better than the alternative—and that the benefits outweigh potential side effect and future outcomes. So, while treatment may feel like your ultimate foe while going through it, just keep reminding yourself that there is light at the end of the tunnel, it is most likely only a temporary situation, and never give up hope.