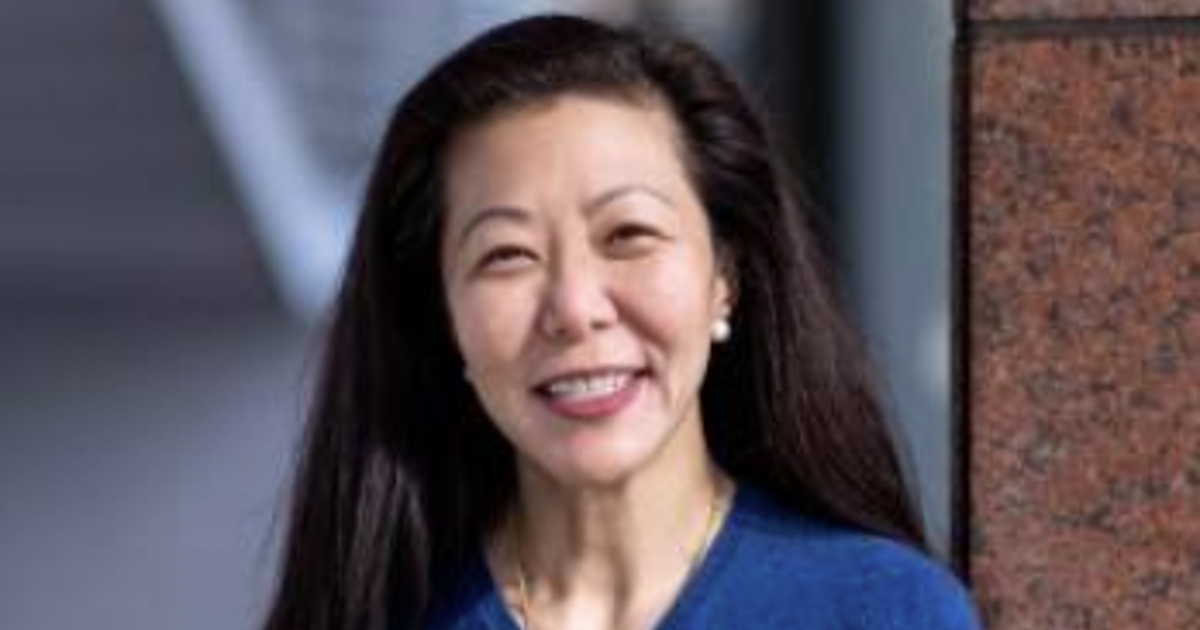 Non-Smokers Get Cancer, Too

Diana Wei, a 59-year-old woman who never smoked a day in her life, was diagnosed with lung cancer after losing five pounds unexpectedly, and then another 13 pounds six months later.

Wei first dismissed her drop in weight to stress from moving from New York to California with her husband before the COVID-19 pandemic and starting a new job. But when she lost more pounds without changing her diet or exercise routine, she began to worry.

Read More
After informing her new doctor, Shih-Fan Sun, MD, at UCLA Health, about her weight loss, routine tests were done, however, everything came back normal. Six months later, when Wei returned for a follow-up, she was 13 pounds lighter – prompting Dr. Sun to order a full-body scan. RELATED: ‘Fast Food Addict’ Mom, 50, Joins A Weight Loss Class And Finds A Breast Lump: ‘Losing 56 Pounds Caught My Cancer And Saved My Life!

Recounting what the doctor said a week later, Wei told UCLA Health, “He said, ‘I wanted to catch you before you leave for work. We saw something on the scan. I think you should reach out to a pulmonologist.’ That’s when I started to panic.”

Wei was in disbelief when she the scan found a lung nodule which led to her lung cancer diagnosis because she never smoked and always took preventative care measures for her body.

“When they told me I had lung cancer, my initial reaction was, ‘What are you talking about?’ I didn’t understand. At first, I was really quite angry. I did everything I was supposed to do. I always get my checkups,” she explained.

RELATED: You Never Smoked But Still Got Lung Cancer! Treatment Options May Be Different for You

She had regular mammograms and pap smears done “like clockwork,” she said, noting that her cholesterol and blood pressure were always within a healthy range.

According to thoracic surgeon Jane Yanagawa, MD, the number of non-smokers getting lung cancer has increased over the past few decades.

Yanagawa, of Jonsson Comprehensive Cancer Center, said Wei’s case “points out how much more research we need in figuring out risk factors and demographic factors to help provide the same screening benefit we are making with patients who have a smoking history, to see how we can expand that for patients who are never-smokers.”

She noted that occupational and environmental exposures, genetic susceptibility and exposure to second-hand smoke are also risk factors for lung cancer.

In Wei’s case, the cancer was caught early enough that a surgical treatment called a “segmentectomy” was successfully performed to remove cancerous tissue.

Dr. Yanagawa explained, “It was a minimally invasive lung cancer that was caught really early, for which she had a lung-preserving resection, due to the small size of it. Her life is not expected to be impacted by this. She is essentially considered to be cured.”

Wei, who is now clear of cancer nearly a year after her diagnosis, will have to follow up with regular CT scans to make sure another cancer doesn’t develop, Dr. Yanagawa said.

Now she has “a brand new outlook on life” and doesn’t take her “health for granted.”

“If it wasn’t for the weight loss, I would have continued doing what I was doing without a clue,” Wei said. “As women, we are so busy caring for our family and our work that we can kind of let things slide. But we have to be aware of our bodies and be vigilant – trust your instincts, and if something doesn’t feel right, tell your doctors and have it checked out.”

There are several types of surgery for lung cancer, and the decision about which is best is based largely on the location of your cancer, its size and whether it has started to spread. A wedge resection is an option if the tumor is small and located on the outside of the lung. In this procedure, your surgeon removes a piece of the lung (in the shape of a wedge) and lung function is not affected.

By contrast, a lobectomy or a segmentectomy involves the removal of a certain segment of the lung (a lobe). During a pneumonectomy, however, the entire lung is removed.

There are several different ways to do lung cancer surgery. The standard operation used to be open surgery with a big incision in the chest and then spreading apart the ribs. But because of the pain after the operation and the lengthy recovery time, doctors are increasingly using less invasive operations including minimally invasive video-assisted thoracoscopic surgery (VATS) and robotic techniques.

Your surgeon will go over all of these options with you when planning your treatment.

Hunting was a non-smoker when she was diagnosed with lung cancer. But the active 54-year-old’s cancer had progressed further given that she had stage four non-small cell lung cancer.

Lung cancer is the second most common form of cancer, and the leading cause of cancer deaths in both men and women in the United States. Smoking is, of course, the primary cause of lung cancer, but non-smokers can, and do, develop this disease. The good news is that if you quit smoking, your risk for lung cancer decreases. There are several surgeries for lung cancer, and the decision about which is best is based on the location of your cancer, its size and whether it has spread.
NOW
PLAYING
Hugs For Ridiculously Cute, Mop Top 14-Year-Old TikTok Star Who Just Told Millions He Has Blood Cancer
NOW
PLAYING
Get Checked in 2023: For Successful Doctor, 59, Mysterious Weight Loss Turned Out to Be Lung Cancer
NOW
PLAYING
'Back in the Groove' Star, 41, Thriving After Breast Cancer
NOW
PLAYING
Kathy Griffin, 62, Back in Surgery To Alleviate Effects of Lung Cancer Treatment Jokingly Asks Fans For Their Pity
NOW
PLAYING
Nonsmoker, 64, Went To The Emergency Room For Pain In Her Side, Turns Out To Be Lung Cancer: 'Pay Attention To What’s Going On In Your Own Body'
NOW
PLAYING
Miracle Recovery: Texas Woman, 61, Diagnosed And ‘Cured’ of Lung Cancer In One Day

Get Checked in 2023: For Successful Doctor, 59, Mysterious Weight Loss Turned Out to Be Lung Cancer