Treatment for non-Hodgkin lymphoma often involves a combination of chemotherapy and radiation, but can vary depending on the stage at diagnosis.

Non-Hodgkin Lymphoma Treatment: Finding the Right Fit for You

What Does It Mean to Have Advanced-Stage Lymphoma?

Sponsored by: Kite, A Gilead Company

In 2016, Gary was preparing to start a new chapter in life. He was recently retired, had two sons finishing up college, and his wife, Teresa, fully supported Gary’s dream to start his own business.

That’s when Gary was diagnosed with non-Hodgkin lymphoma. He tried several lines of chemotherapy and then radiation. They didn’t work. Gary was running out of options but holding onto hope that he would survive. That’s when his oncologist referred him to an Authorized Treatment Center to learn about YESCARTA... Read More

How Effective is Radiation Treatment for Non-Hodgkin Lymphoma? 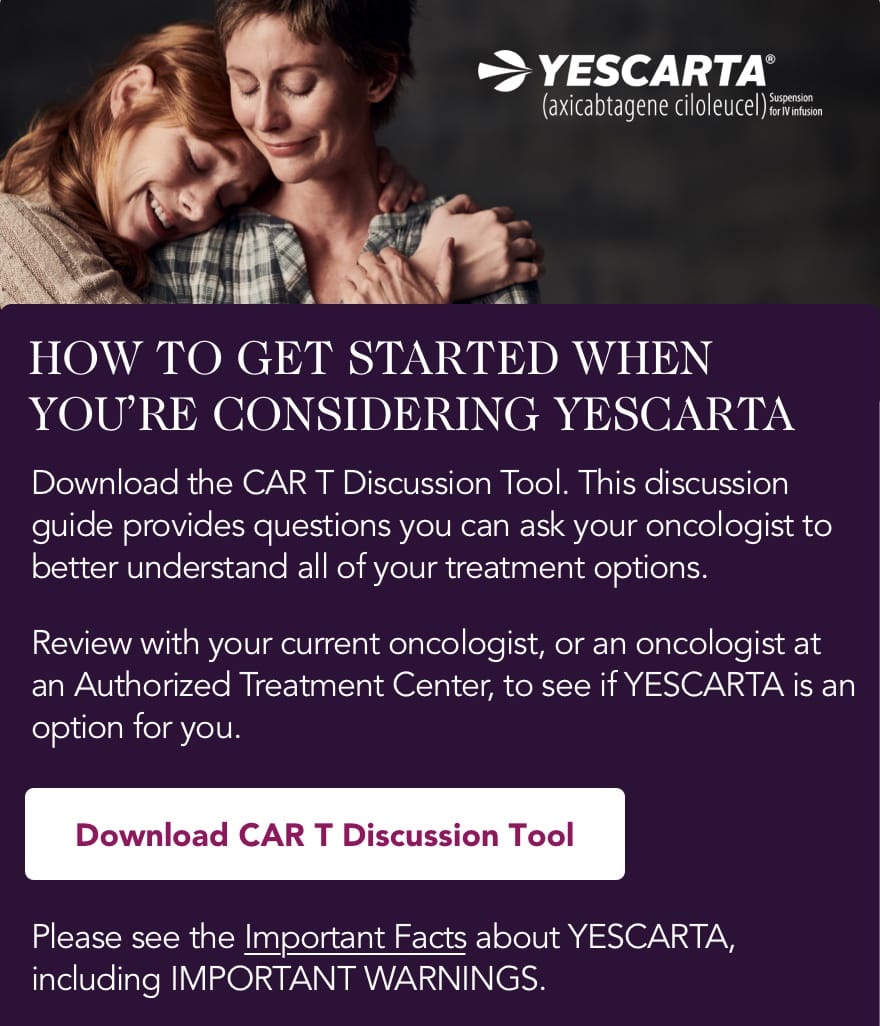 What to Expect During Your Child's Lymphoma Treatment

What Is Mantle Cell Lymphoma?

Rituximab Gives the Immune System a Boost Against Non-Hodgkin Lymphoma

Our immune system is designed to fight off harmful invaders, and that includes cancer. It uses proteins called antibodies to find and stick to the foreign cells, targeting them for destruction. But sometimes the immune system needs a little help finding and fighting lymphoma, which for some people can come in the form... Read More

Brentuximab vedotin (Adcetris) is a new targeted treatment for non-Hodgkin lymphoma and Hodgkin lymphoma. It's helping to improve the outlook for people who haven’t responded to their first treatment, or whose cancer has returned after treatment. It’s also being used in some people who are newly diagnosed. Lymphoma tre... Read More