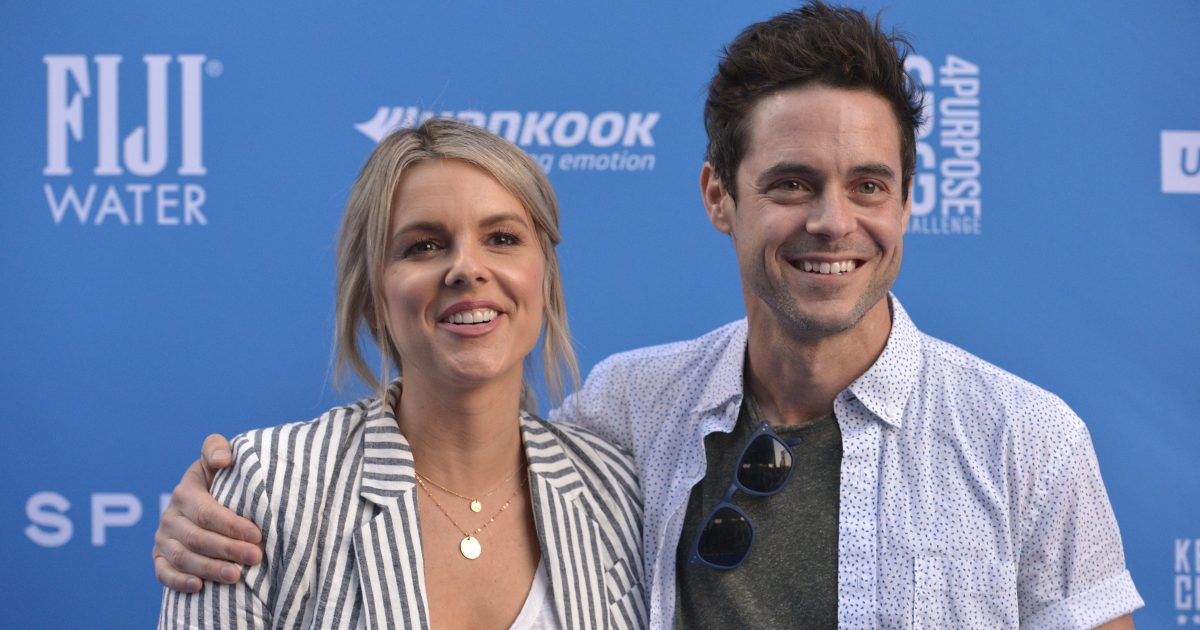 Ali Fedotowsky's Pregnancy Led Her to Start Checking Her Skin

Ali Fedotowsky, Bachelor alum, is a skin cancer survivor and a tireless advocate for skin cancer and skin checks; in a revealing interview, the 38-year-old mom and reality TV star talks about the importance of checking your skin often.

Fedotowsky believes she is “lucky” that her skin cancer was caught early, and she’s encouraging her fans and followers to take care of their skin, too.

The Williamstown, MA native was diagnosed with basal cell carcinoma (BCC), the most commonly diagnosed form of skin cancer. BCC is also very responsive to treatment.

Fedotowsky tells Us Weekly how “I spent my whole life never getting my skin checked.” She says that she cared more about her tan than her skin’s health. Fedotowsky was a regular user of tanning beds, which are known to cause skin cancer. She says that as she grew older, she became more aware of skin checks and skin health.

The reality TV stars says that as she matured, “I started realizing [after] talking to my dermatologist, [they said], ‘Start checking your skin for spots, not sunspots, but more so moles that look irregular.’”

She says, “I feel so vain. Why didn’t I pay attention to this before?’”

Fedotowsky isn’t the only one. Many people increase their risk of skin cancer unknowingly by using tanning beds, foregoing sunscreen, and not protecting their skin.

She says she began checking her skin when she became pregnant with her son, Riley. Fedotowsky’s partner is Kevin Manno; the pair has been married for five years and share two children. After she gave birth to Riley, Redotowsky had a biopsy performed on a “weird”-looking mole.

She elaborates, saying, “It’s not life-threatening when you catch it that early, but still, even hearing the word ‘cancer’ is scary. No matter how treatable it is, it’s still a scary word to hear. I mean, when the words came out of his mouth, my stomach dropped … because I had no idea what it was.”

Checking Your Skin for Irregularaties

Fedotowsky’s unusual mole is ultimately what led to her skin cancer diagnosis. It’s critically important to keep an eye on your skin and notice any changes, particularly of moles or spots.

The TV star emphasizes how people should especially watch the shape and color of their moles, and note any changes. A skin check, she emphasizes, can be life-saving. Fedotowsky has been a tireless advocate for talking about the importance of skin checks; she has encouraged followers on social media to check their skin, and be aware of changes. She’s also a supporter of the American Cancer Society (ACS). We love to see people like Fedotowsky using their cancer journey for the good of others.

Woman, 57, Sunbathed Constantly As A Child Until She Was ‘Dry, Red And Uncomfortable:’ 40 Year Later It Turned Into Cancer

You can lower your skin cancer risk with some easy steps, like avoiding tanning beds, and checking your skin, as Fedotowsky advises, too.

In an earlier interview, dermatologist Dr. Dendy Engelman outlines five easy ways to protect your skin, and lower your skin cancer risk. She tells us:

Ali Fedotowsky admits she used to use tanning beds and care more about how tan her skin was than about its health.

Dr. Anna Pavlick, Professor of Medicine and Dermatology at NYU’s Perlmutter Cancer Center, tells SurvivorNet in an earlier interview how tanning beds increase risk of skin cancers, particularly of melanoma, which is an aggressive form of the disease. Dr. Pavlick says, “We know that sunscreen protects you from UVA and UVB rays. And we know that it’s the UVA, UVB radiation that patients get exposed to that give them melanoma. We know that there is a direct correlation between patients who go to indoor tanning salons.”

Dr. Pavlick explains, “And when you think about it, the UVA, UVB exposure that you get from a tanning salon is about 6 inches from the surface of your body compared to somebody who goes and tans on a beach and the sun is thousands of miles away. So you have to think about the intensity that you’re exposing your skin to when you go to a tanning salon.”

She says the that there’s an “exponential increase” in patients developing melanoma if they have visited tanning salons.