Bride, 31, Visits Fertility Clinic With Big Baby Plans: She Ended Up Postponing Her Wedding When Blood Tests Revealed She Had Cancer 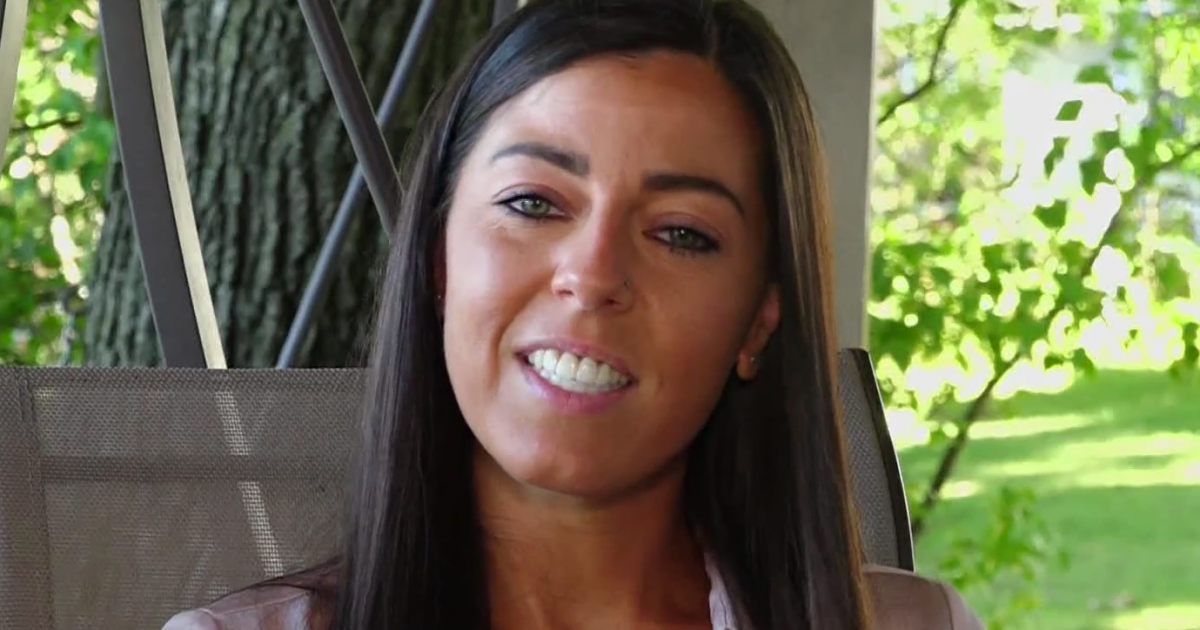 A Fertility Clinic Helped Her Find Her Cancer

Tiffanie Proctor, 31, was preparing for marriage and planning to have children when a visit to a fertility clinic revealed something abnormal in her blood work – and ultimately leading to a cancer diagnosis.

The Bride-to-be, of Kalamazoo, Michigan, learned of her breast cancer diagnosis in 2022, just two years after getting engaged to her fiancé Sarah Svoboda. The couple has since decided to postpone their wedding after discovering the unexpected news, however, Proctor is using her diagnosis to inspire others to self-examine for breast cancer and get checked.

Read More
“They tell you to do one big thing a year. Well, in 2022, we bought a new house and started a new job. We were in the process of starting a family and having a wedding, and now being diagnosed with breast cancer,” Proctor told News19 WLTX. Proctor explained how a visit to a fertility clinic revealed something wrong with her blood. “We went to the doctors to get some blood work done, and she had had a low white blood cell count,” she added. Following the blood test results, a lump in her breast was found and more testing was conducted. Proctor then learned she got “the worst” type of breast cancer ⁠— triple negative breast cancer, one of the most aggressive forms of the disease.

Related: Busy Mom Of Two, 25, Was Told Strange Lump Was ‘From Breast Feeding’ And Doctors TWICE Turned Her Away:’ It Turned Out To Be Cancer

Proctor’s fiancé called the diagnosis “a shock,” adding: “You don’t think at our age where you’re going to go through something like that.” Now, she has been advised to follow an intense treatment plan, which includes chemotherapy and a double mastectomy.

“The best bet to avoid this coming back would be to have it fully removed,” Proctor explained, noting how triple-negative breast cancer has a high reoccurrence rate.

Before Proctor begins her cancer treatment, she and Svoboda have decided to get their photos taken on Sunday, August 7, since their wedding date was postponed until next year. “Our photographer is flying in from Florida, he said he wouldn’t miss it, he’s going to do photos as if it were the real wedding day,” Proctor said.

Despite all the upcoming changes in Proctor’s life, the West Michigan woman is staying positive and using her diagnosis to spread breast cancer awareness. “Do your own breast exams,” she advises other women. “You feel a lump, push to get that checked. Because if I didn’t have a low white blood cell count, I probably wouldn’t have thought anything of it.”

What Is Triple-Negative Breast Cancer?

Tiffany Proctor is one of the estimated 20 percent of women diagnosed with triple-negative breast cancer. In a previous interview, Dr. Irene Wapnir, a surgical oncologist at Stanford Health Care, explained to SurvivorNet that this form of the disease got its name because it lacks the three main drivers of breast cancer: the estrogen receptor, the progesterone receptor, and the HER2 receptor.

As a result, it does not respond to traditional treatments that drugmakers created to target those drivers.

Patients have the most success beating the disease with chemotherapy like Proctor or enrolling in a clinical trial.

What Is Triple-Negative Breast Cancer

Proctor is set to undergo chemotherapy during her triple-negative breast cancer battle.

Dr. Elizabeth Comen, a medical oncologist at Memorial Sloan Kettering Cancer Center, told SurvivorNet that it is still the most effective treatment plan for women battling the disease.

“If a woman has triple-negative breast cancer, meaning she is not hormone-receptor-positive or HER2-positive, then the first line is really to give – unless it’s part of a clinical trial – is really to offer chemotherapy,” explained Dr. Comen.

“Triple-negative breast cancers are most responsive to chemotherapy at the outset. Of course, there are many other options that a woman may be able to explore, including immunotherapies as part of a clinical trial and other targeted therapies that may be appropriate depending on what clinical trials are available where she is being treated.”

Once treatment is over, a lifetime of monitoring begins for women.

“We know that breast cancer can come back years, even decades, later. So, what sort of monitoring do we do? In the beginning, when a woman has recently completed her treatment, I usually see women every three to four months to do a breast exam,” said Dr. Comen.

“They will get imaging every year or every six months, depending on, in conjunction with the surgeon or radiologist what may or may not be appropriate for imaging. We may do blood work about once a year.”

Dr. Comen said she also uses those visits to talk to the women and see how they are feeling and anything that seems off.

“Do they have a pain that hasn’t gone away in months? Or, Do they have shoulder pain now and again when they play tennis? But it goes away. It gets better, and it comes back months later, and then gets better,” said Dr. Comen.

“There are different types of aches and pains that we think about and that we look for with patients.”