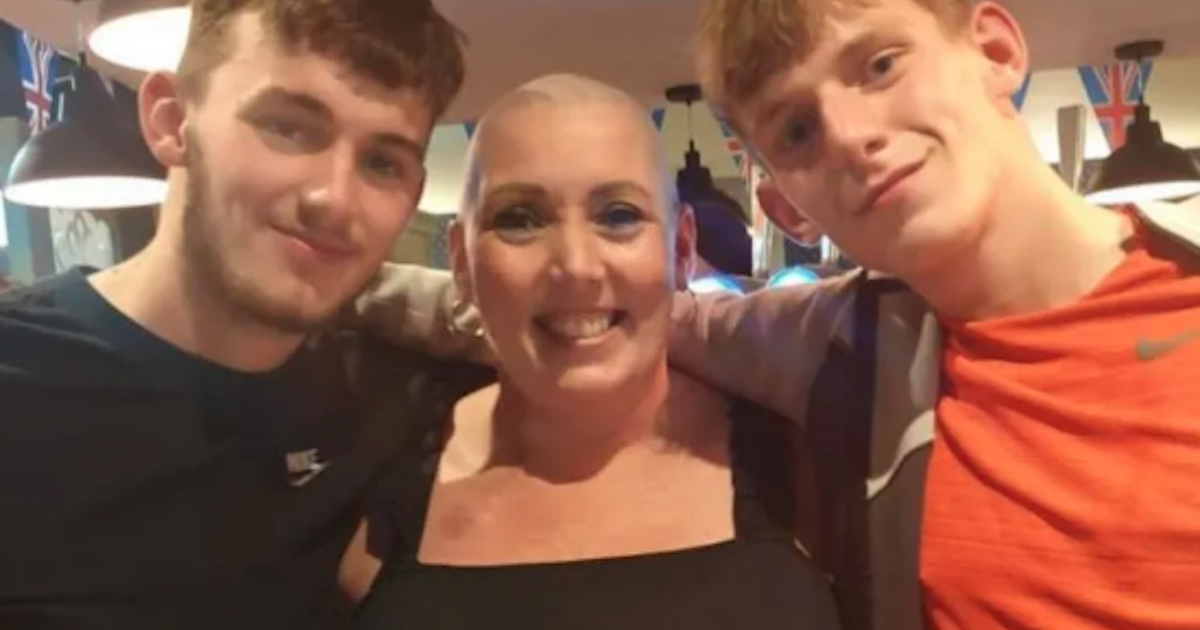 The Importance of Breast Self-Exams

Lisa Clemmett, a mom of four from Greater Manchester, England, was diagnosed with stage 3 breast cancer last year after finding a lump in her right breast as she was recovering from Covid.

Now, one year later and having completed treatment, the 44-year-old school nurse was able to celebrate Christmas with her family and focus her energy on planning a charity event for next month.

Read More
Speaking about her cancer battle to The Bolton News, Clemmett recounted finding a lump in her breast the day after Christmas, having an emergency mammogram on New Year’s Eve, a biopsy weeks later, and receiving her diagnosis on January 27. “I was in absolute, total shock. It is the last thing I thought it would be. But they caught it in time and I’m very lucky that I didn’t have to have my breasts removed,” she told the news outlet. Clemmett’s had surgery to remove lumps, six rounds of chemotherapy, and 19 rounds of radiotherapy, which she finished up in October.

To keep her spirits lifted throughout treatment, Clemmett chose to continue working as a school nurse because she wanted to “keep positive and do what I normally do.”

She explained, “But during my fourth round of chemotherapy, it was a different and stronger type, and I had an infection and was really poorly in July. Then I had time off work. I was also really poorly with the last chemotherapy.”

Then, Clemmett underwent radiotherapy, which she remembers being “really hard,” but she pushed through with hope knowing the treatments would eventually come to an end.

She has since returned to work, but doing her job from home while she recovers and hopes to go back into the schools after the holidays.

In the meantime, she has her partner Rob Williams and four children, Jack, Connor, Lewis, and Ellie, all who have been by her side since the start of her cancer journey.

“My children and partner have been my rock and looked after me throughout my treatment.”

Clemmett is also thankful for the community support as she is holding a Macmillan charity event in October in hopes to raise money for the organization.

The mom, who hopes to spread awareness for women to do regular breast checks, will remain on medication for 10 years to help prevent her cancer from returning.

Stage three breast cancer typically refers to a relatively large tumor which may have invaded nearby skin or muscle tissue. It may also mean that lymph nodes near your breast and/or under your armpit are involved.

In most cases, stage three breast cancers will need chemotherapy. If the cancer is also hormone receptor-positive, aggressive hormonal therapy may be offered as well.

What is Stage 3 Breast Cancer?

During a cancer battle, it’s important to know that you are not alone. Clemmett had her partner, four children, and community to help her see how many people she had in her corner, but you don’t have a big family to get the support you need during your cancer battle.

Hervey is now cancer-free and says she couldn’t have done it without the love and support of her TikTok followers.

So while sharing your story to a vast Tik Tok audience might not be your thing, it’s important to consider opening up to others during your cancer battle. Even if it’s with a smaller group, you never know how much the support can help you – or help those you share with – unless you try.

10 Percent of All Women Get Called Back For Further Testing After A Mammogram 6 Common Excuses for Skipping a Mammogram That You Need to Stop Using When You’re Getting a Mammogram, Ask About Dense Breasts
NOW
PLAYING
Top Diplomat's Wife Noticed 'Dimpled Skin' Under Her Breast And Feared She Would Die: It Turned Out To Be Cancer But She Feels Lucky She Caught It Early