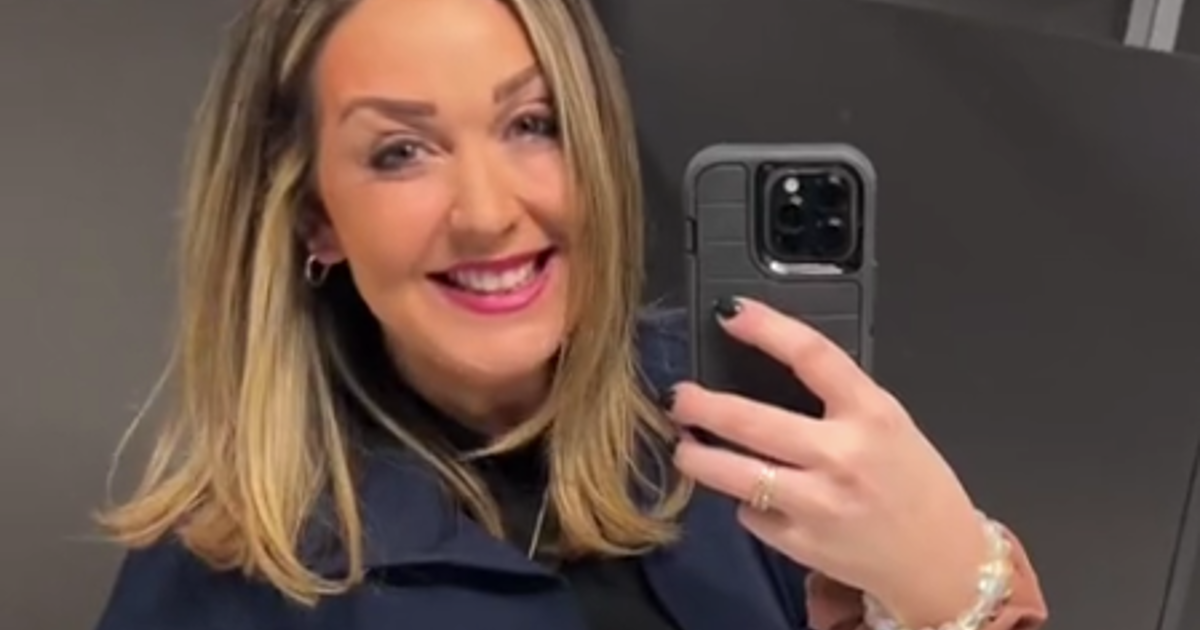 Christina McKnight, of Oklahoma City, began her battle with thyroid cancer at 27 years old after her husband Matthew Mcknight “knew something wasn’t right” and pushed her to make an appointment with a doctor.

Now 35, she has opened up about how she initially dismissed her cancer symptoms — consisting of fatigue, exhaustion, extreme brain fog, confusion, irritability, slow weight gain, brittle hair and not wanting to work out when it was once her favorite activity — as work-related stress.

Read More
Prior to her 2014 diagnosis, Christina, a content creator, suspected her onset of symptoms was caused by her new promotion at the commercial bank she worked at. Now, the mom to a five-year-old boy admits cancer is something she “never thought would happen” to her. “I was young, fit and healthy. I’d just run a half marathon, did CrossFit for three years and had no known hereditary thyroid disease in the family at all. I just started to feel very tired and had loads of brain fog, but I thought it was just because of my promotion,” she explained, according to the Independent. “Then my husband noticed how tired I was and my lack of interest in things like the gym, which I usually love. I couldn’t get stuff done like I used to. I would have to go to work on a Sunday to catch up because my brain was so foggy,” Christina said.

She admitted to “brushing” off her symptoms, but her husband “knew something wasn’t right” and pushed her to schedule a doctors appointment.

“I finally went to the doctor to appease him mostly. I said my symptoms were because I wasn’t looking after myself. I was eating fast food and stressed at work,” she said. “Thankfully my doctor recognized my symptoms as he had recently diagnosed others with thyroid cancer. He felt my neck and found a lump which I wasn’t even aware of and got the ball rolling with diagnosis.”

Doctors revealed she had thyroid cancer after she underwent an ultrasound and a biopsy, but Christina sought a second opinion, which also confirmed her diagnosis — ultimately prompting her to move forward with treatment.

After first feeling symptoms and getting diagnosed around September 2014, Christina had a thyroidectomy two months later. Months later, she followed up with a radioactive iodine ablation treatment to rid of any other areas of her remaining thyroid gland.

Then in 2016, she was dubbed cancer-free, only to follow up with thyroid replacement injections after losing hormones.

She has since been spreading awareness for thyroid cancer on her TikTok page.

“I share my story, not to scare people, but to remind them to pay attention if you’re experiencing changes and to go to the doctor. Listen to the people around you if they notice changes in you. Sometimes they see things in us that we don’t see,” she says in one of her videos.

“Thankfully I’m OK and my husband made sure I saw a doctor, but I never would’ve thought that being tired and having dry hair was cancer. It’s so important to be aware of these lesser-known symptoms and to not assume it wouldn’t happen to you, listen to the people around you and listen to changes in your body. It could save your life.”

Thyroid cancer is a type of cancer that starts in the thyroid gland which makes hormones that help regulate your metabolism, heart rate, blood pressure and body temperature. Treatments for this type of cancer can include surgery, hormone therapy, radioactive iodine, radiation and chemotherapy.

Spotting thyroid cancer can often be difficult. The American Cancer Society reports that symptoms may include a lump, swelling or pain in the neck, voice changes, trouble swallowing or breathing, or even a constant cough.

‘You Are Your Own Best Advocate’

“Most people have no discrete symptoms — the majority of cases now are found incidentally,” Dr. Allen Ho said in a previous interview with SurvivorNet. “However, a sizable number of people may first discover their cancer when they feel a bump on their neck. Other possible late symptoms include problems swallowing, the sensation of something in their throat, neck compression when laying flat or voice changes.”

The good news is that many of these possible symptoms, including lumps in the thyroid, are both common and commonly benign — but it never hurts to ask your doctor.

Chances of cancer recovery increase significantly with early detection, so it’s important to address any warning signs of thyroid cancer, or any cancer for that matter, with a medical expert swiftly.

Symptoms of thyroid cancer include the following, outlined by the American Cancer Society (ACS):

Luckily, thyroid cancer is typically slow-growing, but that doesn’t mean it can’t be serious. If you have any of these symptoms, be sure to flag them with your doctor.

A Variety Of Treatments

Treatments can vary, depending on the type of cancer present. According to the Mayo Clinic, some varieties might not even require any treatment at all, at first, due to how slowly they grow.

However, surgery is often recommended as part of a course of action. These surgeries can range in severity, from removing a portion of the thyroid to removing the lymph nodes in the neck.

While recovery from surgery can vary from person to person, most patients make a recovery in 10 days to two weeks.

Aside from surgery, there are a range of other possible treatments that a doctor might recommend. Those include hormone therapy that can suppress the growth of cancerous cells, radiation therapy, chemotherapy or using targeted drugs.

Coping When A Partner Is Diagnosed With Cancer

After a partner receives a cancer diagnosis, it’s very fair to experience a wide range of emotions. Anger, fear, sadness and anxiety are often a part of the equation, but it’s important to try to do your best to take care of yourself while also prioritizing your partner’s needs. And if you’re looking for some ways to cope, check out these suggestions below:

Pushing for a Correct Diagnosis

It is so critical to listen to your gut when it comes to matters of health for you or your loved ones. Keep pushing for answers if you’re unable to get a conclusive, correct diagnosis.

In an earlier interview, Dr. Zuri Murrell of Cedars-Sinai advised patients to lead each doctor’s appointment with a plan and to “be pushy,” if needed. He says you are your own best advocate.

7 Common Signs of Thyroid Cancer & How to Spot Them What Are The Treatment Steps for Thyroid Cancer? Get a Cancer Screening If You Notice Swollen Lump in Throat; What to Know About Thyroid Cancer
NOW
PLAYING
Steely Eyed TV Host Dan Abrams, 56, Is Now A Dad & Two Decades Past Testicular Cancer – The Hope For Men Facing The Same Disease
NOW
PLAYING
Woman, 28, Was Told Her Lump Was From a Cold – But it Was Lymphoma
NOW
PLAYING
Mom & Nurse, 32, Thought Lump in Breast Was Clogged Milk Duct, But it Was Stage 2 Cancer
NOW
PLAYING
24-Year-Old Girl Thought Itchy Skin Was Allergies From New Golden Retriever Puppy. Doctors Discover Her Stage Three Lymphoma
NOW
PLAYING
27-Year-Old Mom's Brittle Hair Turned Out to Be Thyroid Cancer-- 'I Never Thought it Would Happen to Me'
NOW
PLAYING
Doctors Said 20-Year-Old's Itchy Skin Was Scabies. Turned Out To Be Lymphoma. Follow Your Instincts.