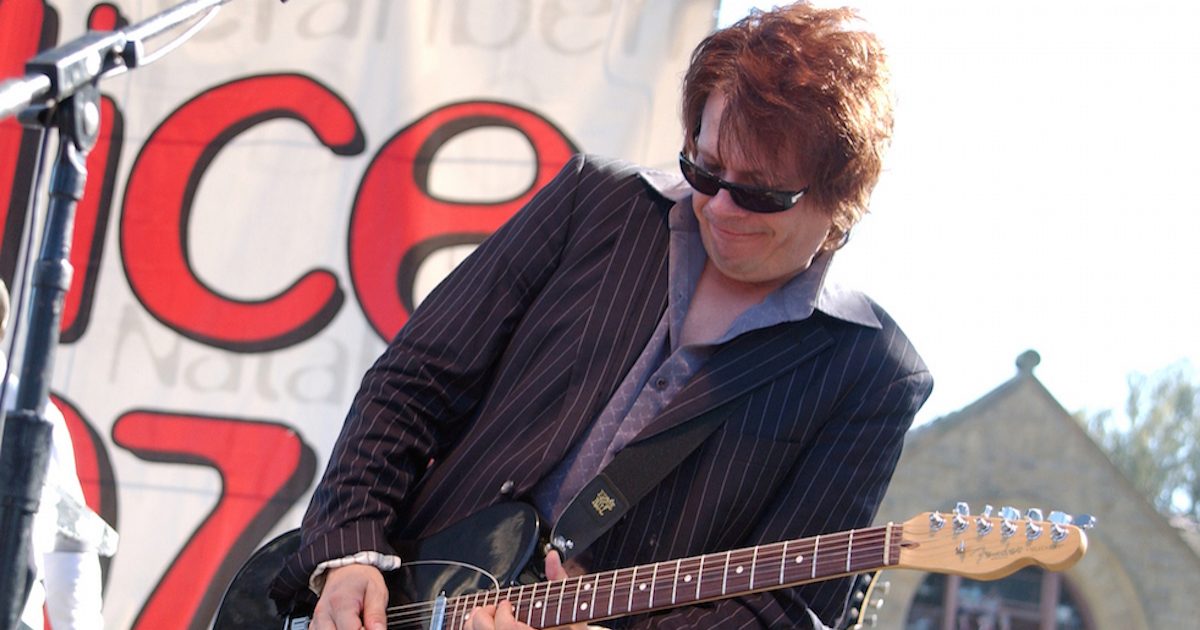 Duran Duran guitarist Andy Taylor, who informed the public last year of his stage four prostate cancer through a letter during the Rock and Roll Hall of Fame’s Class of 2022, has opened up in a recent interview about how he doesn’t let cancer stop him from living life to the fullest.

The 61-year-old father of four, who played guitar for Duran Duran between 1980 and 1986, as well as 2001 to 2006, has credited music for bringing him optimism through difficult times and hopes to inspire others to get checked for prostate cancer.

Read More
In regards to how he approaches the disease mentally, Taylor told Channel 5 News, “I thought about getting the most out of life four years ago. There are treatments now that four years ago there weren’t. And I just thought about getting them. This isn’t going anywhere. Then, it was very likely that I wouldn’t get through it at all. Now, there are some new treatments that can help me.” “And I just thought, I’m going to live life. I’ve made three albums since then. I went on the road with some friends of mine, played some shows, and then when the pandemic was over we had a huge 61st birthday party because I missed my 60th,” he explained. The English new wave band’s original guitarist said, “I often say to people, every minute is like an hour, every day is like a week. And you really want to get the most out of life and I’ve been very fortunate, I’ve had so much in terms of living the dream.”

“But because I do music I think that’s really helped me to live with the pessimism of an incurable disease. The optimism of creating music.”

SurvivorNetTV presents Music and Art: Reflecting On Your Journey,

Detailing the first symptoms he noticed before seeking medical advice and learning of his diagnosis, Taylor recounted having a “kind of arthritic sort of pain” that he initially likened to aging.

It wasn’t until he discovered “what felt like tumors” on his neck, which were biopsied and revealed he had prostate cancer.

Now, Taylor is spreading the message for others to get checked for prostate cancer in hopes they can catch the disease in the early stages.

“I realized that by talking about it – Duran have quite a large female fanbase, so it’s like, your partner, your boyfriend… give them a nudge, get them a test,” he added.

Taylor revealed his diagnosis after he was notably absent from his band’s Rock and Roll Hall of Fame induction ceremony at Microsoft Theater in Los Angeles, California, on November 5, 2022.

He wasn’t at the event, however, his bandmates read a letter he had written.

“Just over four years ago, I was diagnosed with stage 4 metastatic prostate cancer,” Taylor wrote. “Many families have experienced the slow burn of this disease and of course we are no different; so I speak from the perspective of a family man but with profound humility to the band, the greatest fans a group could have and this exceptional accolade.”

Without giving specifics, Taylor went on to say that his treatment had “until very recently allowed [him] to just rock on.”

“Although my current condition is not immediately life-threatening, there is no cure,” he wrote. “Recently, I was doing OK after some very sophisticated life-extending treatment, that was until a week or so ago when I suffered a setback, and despite the exceptional efforts of my team, I had to be honest in that both physically and mentally, I would be pushing my boundaries.

“However, none of this needs to or should detract from what this band (with or without me) has achieved and sustained for 44 years.”

“Truly sorry and massively disappointed” he couldn’t be in attendance at the ceremony, Taylor said he was “overjoyed” by the band’s award and massively proud of his “four brothers” – singer Simon Le Bon, keyboardist Nick Rhodes, bassist John Taylor and drummer Roger Taylor.

“I often doubted the day would come,” he wrote. “I’m sure as hell glad I’m around to see the day.”

Prostate cancer is the most common cancer in American men – except for skin cancers. About one in eight men will be diagnosed with prostate cancer during his lifetime. The disease begins in the walnut-shaped prostate gland located between the rectum and bladder. This gland produces the fluid that nourishes sperm.

Symptoms of the disease are inconsistent and hard to pinpoint.

“Prostate cancer is a very odd disease in that it doesn’t have a particular symptom,” Dr. Edwin Posadas, director of translational oncology and the medical director of the Urologic Oncology Program at Cedars-Sinai, explained.

But changes in urinary function like urinating more or less often or waking up at night to go more than usual could be a sign of the disease. However, it’s important to note that these potential symptoms could also could be caused by a urinary tract infection or even an enlargement of the prostate gland (which is not cancer).

Doctors that have spoken with SurvivorNet shared a hopeful outlook when considering a prostate cancer diagnosis because there are many treatment options, and there’s been significant treatment progress over the past decade.

Surgical and radiation options, for example, have made improvements in reducing side effects of treatment while still providing excellent cure rates. Even for men with an advanced-stage diagnosis, many new options exist to treat prostate cancer and help them maintain an excellent quality of life.

We don’t know too many details about Andy Taylor’s prostate cancer battle, but we do know people with late-stage prostate cancer usually undergo some combination of treatments. And new approvals are being made all the time to give people more options to treat thus advanced disease.

The drug nubeqa (also known as darolutamide), for instance, was just approved by the Food and Drug Administration (FDA) in August 2022 for use in combination with taxotere (docetaxel) for adult patients with metastatic hormone-sensitive prostate cancer (mHSPC).

RELATED: How Is Nubeqa Used to Treat Advanced Prostate Cancer?

This oral medication is in a category of anti-androgens or anti-testosterone drugs, and it works by blocking the effects of testosterone to slow the growth and spread of prostate cancer.

“If we take away testosterone, we can shrink down the tumor and hold it in check for often years and years and years,” Dr. Stephen Freedland, a urologist at Cedars-Sinai Medical Center, previously told SurvivorNet of androgen deprivation therapy in prostate cancer.

Erleada (apalutamide) is another FDA-approved oral medication for advanced prostate cancer. It can be used for people with metastatic castrate-sensitive prostate cancer (mCRPC).

In addition to androgen depravation drugs, PARP inhibitors can also be a good option for some people with advanced prostate cancer. These drugs work by stopping the activity of poly (ADP-ribose) polymerase, a protein involved in DNA repair. This, in turn, causes DNA to be unable to repair itself in cancer cells and therefore leads to the death of these cancer cells. The two PARP inhibitors currently approved by the FDA are lynparza (olaparib) and rubraca (rucaparib). They are specifically approved for use in people with metastatic castration-resistant prostate cancer (mCRPC) – this distinction means the prostate cancer has spread beyond the prostate and does not respond to hormone therapy.

In March 2022, another FDA approval paved the way for the drug pluvicto (lutetium Lu 177 vipivotide tetraxetan) to treat patients with prostate-specific membrane antigen (PSMA)-positive metastatic castration-resistant prostate cancer (mCRPC). Some prostate cancers the express the protein PSMA which can be targeted with medication.

“The approval of lutetium is a major step in the development of personalized treatment for advanced prostate cancer,” Dr. David Penson, of Vanderbilt University Medical Center, told SurvivorNet in a previous interview. “This agent specifically targets PSMA-positive metastasis and represents the first theranostic agent for use in castration-resistant metastatic prostate cancer.”

This medication is considered “theranostic” because it combines diagnostic and therapeutic capabilities by identifying the presence of PSMA on a patient’s cancer cells and then treating it directly with minimal exposure to normal tissues.

In addition to the above treatments, there are plenty of other options for advanced prostate cancer patients to turn to when dealing with their disease. Talk with your doctor about your options and even ask if a clinical trial might be right for you.

Answering Your Questions About Prostate Cancer

Fighting Advanced Prostate Cancer, Duran Duran’s Andy Taylor, 61, Says ‘Every Minute is Like an Hour, Every Day is Like a Week’