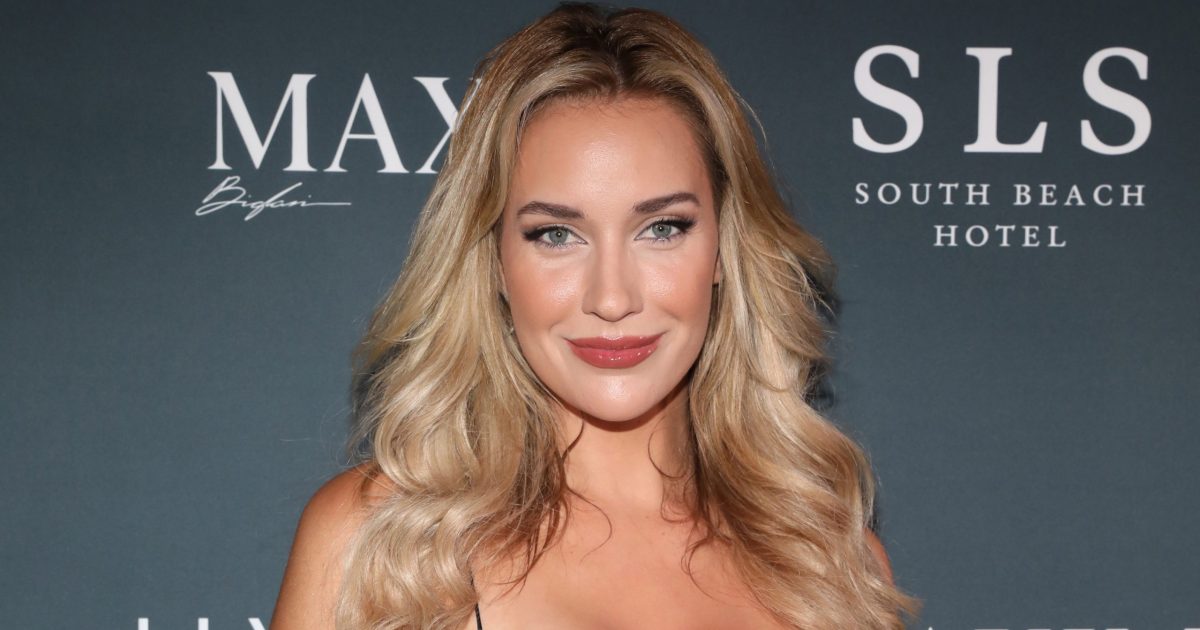 The Importance of Early Detection

Paige Spiranac, 29, took to social media on Tuesday afternoon to inform her fans about her recent health scare.

The Colorado-born golfer, who has been featured in magazines like Sports Illustrated Swimsuit edition and Golf Digest, worried she may have had breast cancer after a doctor discovered a lump in her breast.

Read More
“Sorry for not being as active lately on social media. I went on vacation then had to deal with my health,” the famed golf influencer wrote on her Instagram story. “During an annual check up, they found a lump in my breast. I recently had to get a biopsy done. It came back negative which I’m so grateful for!” Now, Spiranac is urging others to get checked whenever they feel something abnormal. The former professional golfer continued, “A reminder to get your checkups and also that you never know what people are going through behind closed doors so extending kindness is so important.

“I want to thank you guys for always sending so much love and support my way.”

Spiranac’s life update comes about two months after she revealed how she felt when her doctor initially found the lump in her breast, prompting her to have an ultrasound.

In her podcast, Playing a Round with Paige Renee, the golf star said, “I think when you hear those words, ‘You have a lump,’ you automatically assume the absolute worst. It was just absolutely terrifying.”

Spiranac, an influencer who boasts more than 3.7million followers on Instagram, normally posts often on social media, however, as she stressed over the biopsy, she took to the platform less.

She got back to posting a few days before Christmas, with a snap of her in a red and white Santa-themed dress.

Breaking Down the Numbers

You’ve finished getting your mammogram and instead of getting the all clear, you get a call asking you to return for further evaluation. Nightmare scenario, right? Well, it shouldn’t be. More images, including MRI or ultrasound, may be required if the initial pictures aren’t clear. For instance, dense breasts, which we discuss elsewhere in this section, can make it hard to distinguish between fatty tissue and a tumor.

Before you let fear or panic take over, remember not to jump to any conclusions. A callback could mean a number of things, but typically, it just means that your doctor wants to investigate something further, to rule out at anything serious.

Here are how the numbers on screenings break down, according to Dr. Connie Lehman, Chief of the Breast Imaging Clinic at Mass General Hospital in Boston: Of the approximately 10 percent of women who get called back, the vast majority will be absolutely fine after more imaging. Only 20 percent of those will need a biopsy – and in the end, just five percent of that group will be found to have cancer.

When You’re Called Back After a Mammogram: Breaking Down the Numbers

Still, that period of uncertainty is never an easy time. Waiting to hear more about something that could or could not be out of the ordinary is never easy. But Dr Lehman says the goal is to resolve any uncertainties as quickly as possible. In the meantime, fill your time with healthy distractions until you receive the answers you’re looking for. And rest assured that it most likely means nothing at all.

Demystifying the Biopsy — How Does This Procedure Help With Breast Cancer Diagnosis?

Most breast cancers are picked up during screening such as mammograms or ultrasounds. If something is detected during one of these scans, your doctor may order a breast biopsy. It’s only natural to feel nervous if a biopsy is ordered after a routine scan, but it doesn’t necessarily mean cancer.

If cancer is detected, the biopsy can help determine several important factors when it comes to treatment.

“A biopsy is usually performed by a breast radiologist,” Dr. Elisa Port, chief of breast surgery at Mount Sinai Health System, tells SurvivorNet. Dr. Port also notes that in some other cases, a woman will feel a lump in her breast and that’s what will prompt the biopsy.

“But in general, when a woman is found to have a suspicious finding on a mammogram or an ultrasound, that leads to imaging … and then usually the standard of care is to perform what’s called a needle biopsy.”

A needle biopsy involves sticking a tiny needle into the area of concern and taking out a snippet of tissue to observe under a microscope.

A biopsy can help:

“The benefit of the needle biopsy is it’s very, very, relatively speaking, it’s very minimally invasive and you get a lot of information before you’ve even done surgery or treatment,” Dr. Port says.

10 Percent of All Women Get Called Back For Further Testing After A Mammogram 6 Common Excuses for Skipping a Mammogram That You Need to Stop Using When You’re Getting a Mammogram, Ask About Dense Breasts
NOW
PLAYING
Mom & Nurse, 32, Thought Lump in Breast Was Clogged Milk Duct, But it Was Stage 2 Cancer
NOW
PLAYING
Joyous San Francisco Woman, 44, Gets Second Chance At Life After Two Cancers Diagnoses, Successful IVF
NOW
PLAYING
Nurse, 44, Grateful For The New Year After Breast Cancer: Family And Community Support Through Treatment
NOW
PLAYING
42-Year-Old Mom Noticed Breast Shape Changed Overnight. It Turned Out To Be Cancer
NOW
PLAYING
33-Year-Old Woman Found Protruding Vein On Her Breast After Miscarriage: It Turned Out To Be Cancer
NOW
PLAYING
56-Year-Old Woman Finds Breast Cancer Battle After Seeing Friend's Facebook Post On Self-Exams