TV Anchor, 53, Opens Up About Her ‘Inverted Nipple’ And How It Lead To The ‘Huge Blow’ Of Her Breast Cancer Diagnosis

Victoria Derbyshire is now feeling "overwhelming joy" having beaten her cancer and is now spreading awareness about the disease. 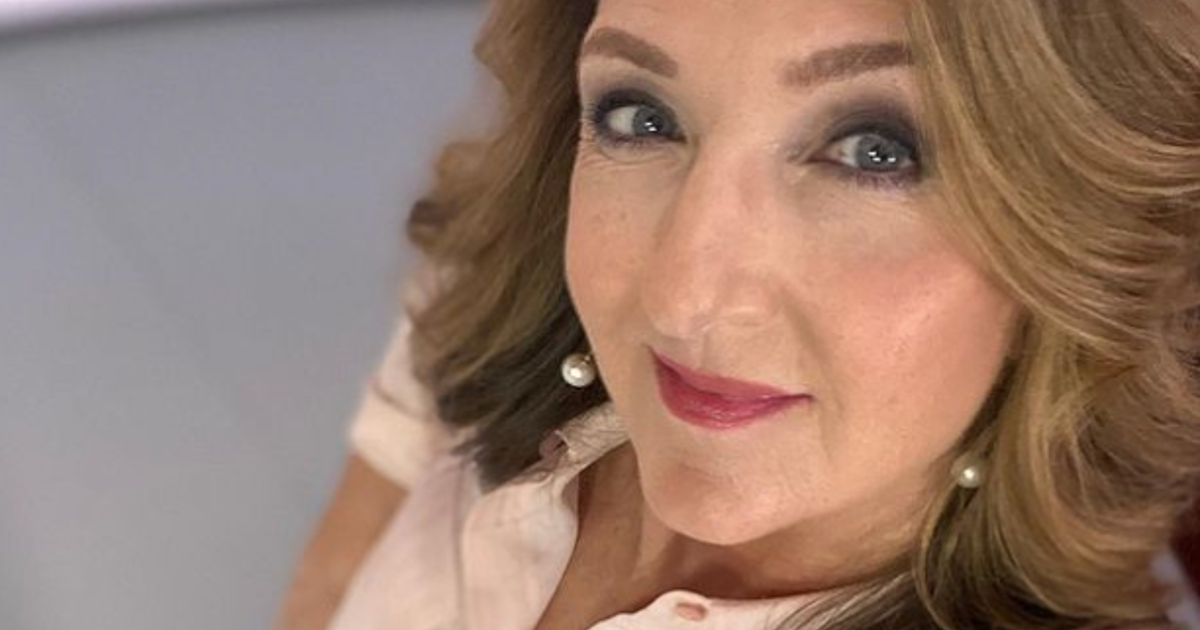 TV Anchor Victoria Derbyshire was diagnosed with breast cancer in 2015 and has since used her experience with the disease to spread awareness.

The 53-year-old British journalist, best known for her work with BBC, recently opened up about living with cancer and the “overwhelming joy” she has just being alive. She went from thinking she was “going to die” to feeling thankful for the opportunity to help others.

Read More
“It was a huge blow to get that diagnosis, because you never think it’s going to happen to you even though now the figures are one in two people over a lifetime will get a cancer diagnosis,” said on the documentary series The Waiting Room with Dr. Sukh Dubb, according to The Daily Express. In Derbyshire’s case, doctors discovered in 2017 that there was no evidence of active cancer after the British journalist went through six rounds of chemotherapy and 30 sessions of radiotherapy. Related: Beloved FOX 5 Reporter Ayesha Khan, 40, Urges Viewers To Get Mammograms Amid Her Own Battle With Breast Cancer

“I think I realized when I had my diagnosis, the more you talk about it, the more information you get out to people and that’s a good thing because there will always be women who need to know about breast cancer,” she added. “I didn’t know anything really about the symptoms of breast cancer until I was diagnosed myself. I’m almost ashamed to say that.”

There are many symptoms of breast cancer, but for Derbyshire, it was an inverted nipple that led her down an internet rabbit hole.

“It was on a dark morning in 2015 that I Googled ‘inverted nipple’ as I was making a cup of tea, having spotted that my right breast looked different the night before,” she previously told British publication The Telegraph.

“At the time, I didn’t think it was anything to worry about, but as soon as I saw the words ‘breast cancer,’ I knew that’s what I had,” she explained. “Trying to stay calm, I emailed Mark (her now husband), who was still asleep, asking him to make a GP appointment for me that afternoon, then I went to work as though everything was normal.”

During her appearance on The Waiting Room, Derbyshire admitted she felt she “was going to die” when she was first diagnosed, but now  — the experience has given her a new outlook on life.

If you experience symptoms similar to Victoria Derbyshire, it is important to be just as proactive as she was: schedule an appointment with your doctor right away.

But first, it is important to understand the symptoms of breast cancer:

Dr. Elizabeth Comen, a breast oncologist at Memorial Sloan Kettering Cancer Center, says that if you are experiencing any of these symptoms, do not delay a doctor’s visit or screening. However, she says she has seen many patients who ignore their symptoms because they are scared.

“Very often, we will see patients with breast masses that have been ignored for years because they’re terrified, or maybe they’re taking care of so many other people in their life that they don’t have the space to take care of themselves,” Dr. Comen tells SurvivorNet.

However, it’s normal to be scared. “I welcome the fear because once we know that they’re afraid, then we can help tease out what they are really afraid of,” she adds.

But do not let that fear delay a screening if you feel you have breast cancer symptoms. Do as Victoria Derbyshire and schedule a doctor’s appointment as soon as possible.

Getting to Know Your Breasts with Self-Exams
Contributing: Sydney Schaefer

10 Percent of All Women Get Called Back For Further Testing After A Mammogram 6 Common Excuses for Skipping a Mammogram That You Need to Stop Using When You’re Getting a Mammogram, Ask About Dense Breasts
NOW
PLAYING
Huge Outpouring of Love For Beloved Peloton Instructor Leanne Hainsby, 35, As She Announces Breast Cancer Diagnosis
NOW
PLAYING
Mom & Nurse, 32, Thought Lump in Breast Was Clogged Milk Duct, But it Was Stage 2 Cancer
NOW
PLAYING
How To Crush 2023; Take It From This Young Mom Who Went 'Flat' For Breast Cancer Treatment
NOW
PLAYING
Misdiagnosed: From Sharon Stone's Terrible Ordeal To The Famous TV Hosts Ignored At The Doctor
NOW
PLAYING
Social Media Golf Sensation Paige Spiranac, 29, Says She Had A Breast Cancer Scare-- Urges Women To Get Checked
NOW
PLAYING
42-Year-Old Mom Noticed Breast Shape Changed Overnight. It Turned Out To Be Cancer