What Is The Prognosis For Congressman Jamie Raskin’s Cancer? Treatment Information From Experts 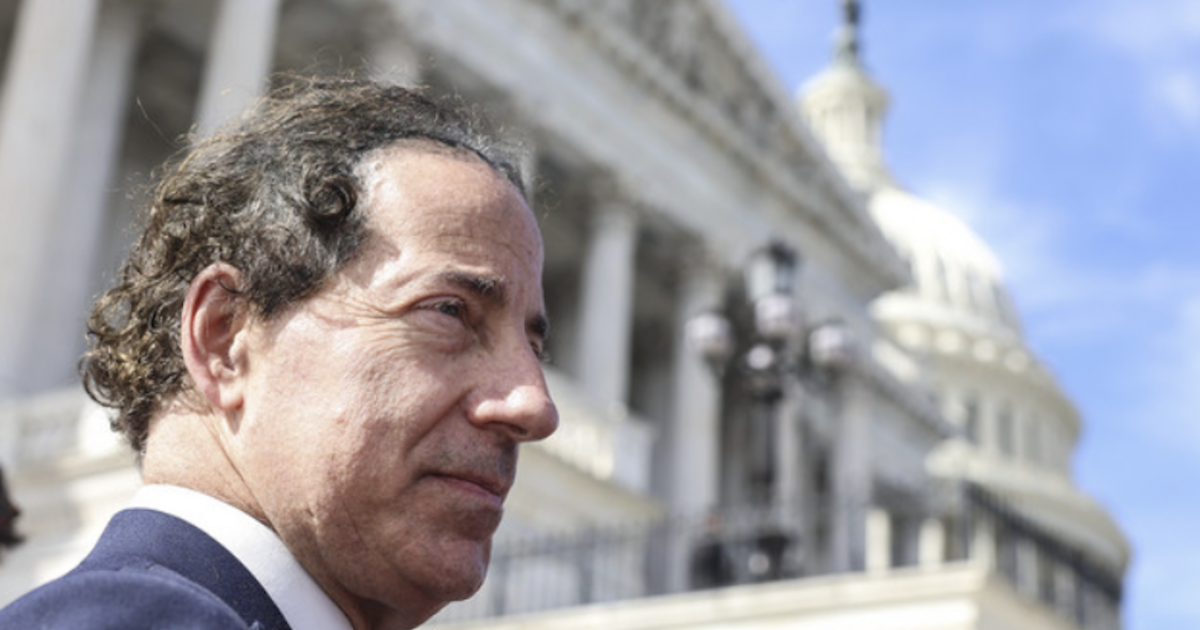 Representative Jamie Raskin shared this week that he was diagnosed with diffuse large B-cell lymphoma and that it was detected early.

Politico reports Raskin saying his disease was “a serious but curable form of cancer.” Raskin went on to say that early detection and a good medical team has given him the confidence to “get through this.”

Read More
Raskin entered his third term in Congress in 2021 and is regarded as an influential House Democrat. He assumed the role of manager during President Donald Trump’s second impeachment, Politico reports. And Raskin also became a January 6 committee member. He continues in a statement that amid his cancer fight, we will “keep making progress every day in Congress for American democracy.” We love to see cancer fighters like Raskin going through their diagnosis and cancer battle with confidence and determination.

Raskin and his family lost his 25-year-old son Tommy to suicide two years ago.

What is Diffuse Large B-Cell Lymphoma?

Raskin was diagnosed following “several days of tests,” he says, and his treatment will include “a course of chemo-immunotherapy on an outpatient basis” at MedStar Georgetown University Hospital. Raskin shared that the prognosis for diffuse large B-cell lymphoma for many people is “excellent” following four months of treatment.

Related: Why Clinical Trials for Diffuse Large B-Cell Lymphoma Are So Important

After an initial cancer diagnosis, it can feel overwhelming. In addition to deciding on a treatment plan and course of action, you should also try to be kind to yourself, experts tell SurvivorNet. “I’ve always told my patients to be kind to themselves,” says Dr. Susan Parsons, the Director of the Center for Health Solutions/Center on Child and Family Outcomes at Tufts Medical Center, in an earlier interview with SurvivorNet.

Related: ‘Getting Pumped Full of Poison…Is My Normal’: Blink-182’s Mark Hoppus Says His Upcoming Scans Will Show if Treatment Is Working for His Diffuse Large B-Cell Lymphoma

“To give themselves a break,” she says. “Many of the words that we use in treating cancer are about the war, and the battle, and the sense of bravery, and the sense of courage. And that puts a lot of pressure on some people. Not all of us approach adversity in the same way.”

The Lymphoma Foundation explains how DLBCL can develop in the lymph nodes or in “extranodal sites.” The disease may be localized or spread throughout the body. DLBCL is considered potentially curable, too. Treatment for this disease includes chemotherapy, and the CHOP drug regimen (cyclophosphamide, doxorubicin, vincristine, and prednisone).

Non-Hodgkin Lymphoma (NHL) is a type of cancer that affects the lymphatic system, usually found in the lymph nodes.  There are many specific types of NHL, and Diffuse Large B-Cell Lymphoma  (DLBCL) is one of them. About 1 in 5 people with NHL have the diffuse large B-cell variety, making it the most common type of non-Hodgkin lymphoma in the United States. This is a fast-growing cancer, but when caught early, treatment success rates are high. According to the Lymphoma Research Foundation, more than 18,000 people are diagnosed with DLBCL each year.

Dr. Stephen Schuster, a medical oncologist at Penn Medicine, explained the standard treatment for DLBCL to SurvivorNet in an earlier interview.

“Diffuse large B cell lymphoma in the early stage is a highly treatable disease. We never claim 100% success rate in oncology because we don’t have it, and nothing’s 100% in this world other than taxes and death.”

He continues, “With using a combination monoclonal antibody therapy, Rituximab plus combination chemotherapy, and these are old combinations, goes back to the 1970s, the oldest one, the CHOP regimen, we can use that to get a remission.”

Side effects are a reality with any type of cancer treatment, and R-CHOP is no different. Chemotherapy indiscriminately kills quickly dividing cells, and sometimes healthy cells can get caught up and destroyed too.

Hair loss is one of the most noticeable side effects from chemotherapy, but your hair should grow back soon after you finish treatment. Other common side effects include:

For patients in whom the disease no longer responds to treatment) or relapses (returns after treatment), there are secondary options. High dose chemotherapy coupled with stem cell transplantation may be recommended. Hoppus shared with fans previously that he’s going to beat his cancer with chemotherapy or a bone marrow transplant.

A bone marrow transplant – which can also be called a “stem cell transplant” – is a type of procedure that can be used to treat certain kinds of cancer. Stem cells mostly live in the bone marrow, the spongy core of the bones, and they create red blood cells, white blood cells, and platelets. These stem cells can mature into any type of blood cell, making them a viable treatment path for some cancers.

Raskin stated determinedly that he intends to continue working through his cancer diagnosis and treatment. He says, “I expect to be able to work through this period but have been cautioned by my doctors to reduce unnecessary exposure to avoid COVID-19, the flu, and other viruses.”

He continues to say, “In addition to destroying cancer cells, chemotherapy impairs natural antibodies and undermines the body’s immune system. I am advised that it also causes hair loss and weight gain (although I am still holding out hope for the kind that causes hair gain and weight loss).”

For many people like Raskin who are diagnosed with cancer, many will continue to work through their disease, as continuing to work can provide needed routine and normalcy amid an abnormal time.

Laurie Ostacher, a social worker at Sutter Bay Medical Foundation, says in an earlier interview how important a person’s career may be to them, even during the cancer journey. She explains, “Some people choose to continue working [through cancer] because working is a significant part of their identity, they enjoy the job, and there’s flexibility built in.”

“I help folks think about whether it makes sense to work,” she says. “If you really don’t want to but are worried you’re not going to be able to make ends meet, then I’ll sit down and help them figure out, you know, with your disability insurance, would this be possible?”

Working During Your Cancer Treatment