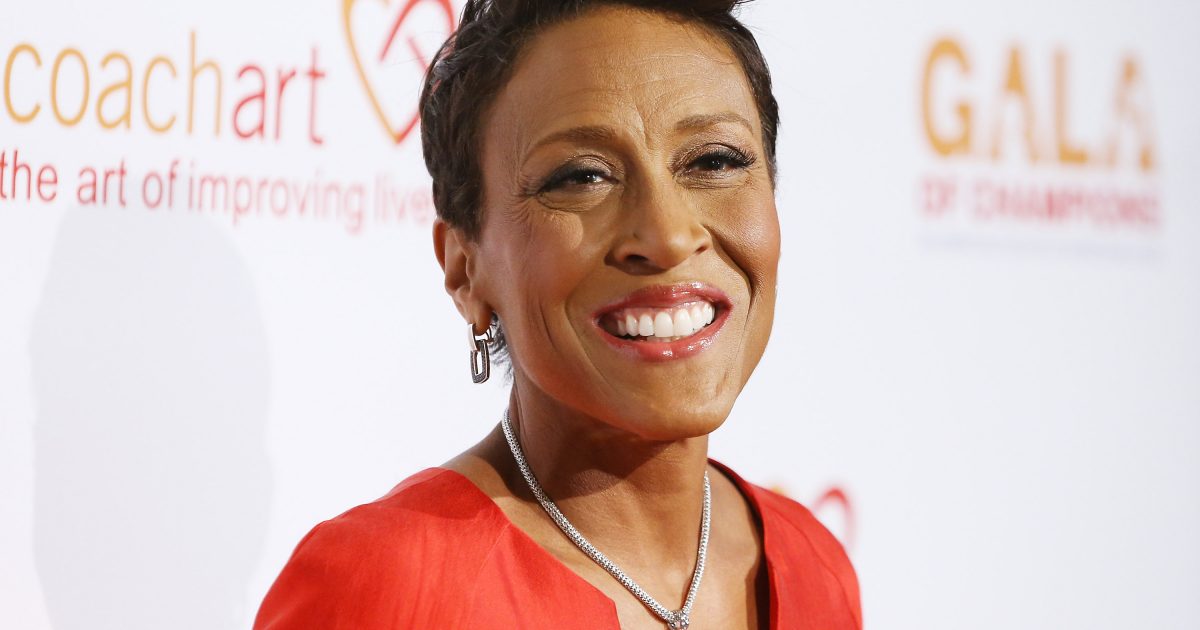 Leaning into Faith as a Cancer Survivor

“Good Morning America” star Robin Roberts, 62, is an outwardly faith-based person. So, it should come as no surprise that she urges her fans to turn to God when times get tough.

Most days of the week, you can find a video posted to Roberts’ Instagram page sharing an uplifting morning message and prayer from her dressing room. And Tuesday’s topic of discussion was about leaning into God’s strength when you’re presented with challenges.

Read More
“Maybe you’re up against something, some challenges, some setbacks, you’re worried about how you’re going to beat the sickness, how your family is ever going to be restored or how you’re going to get the finances you need,” she said in the video. “This is what god is saying to you: ‘You don’t have to do this in your own strength. I’m gonna be with you all the way. Be at rest.'” Roberts continued by saying that no hardship is too big for God to help you through.

“That obstacle may be too big for you but not for Him because He’s your protector, your deliverer, your way-maker, your provider, your healer,” she said. Everything will be fine.”

Roberts ended the video with a prayer for followers.

“Father, thank you,” she said. “Thank you that no matter what challenges or setbacks we face, we can stay at peace knowing you are with us.

“Thank you that you can turn every situation around and help us move forward. We declare that no obstacle is too big for you and everything will be fine.”

As she always does, the beloved news anchor concluded her prayer by pressing a button that lets out a sound of someone’s voice – presumably her partner Amber Laign’s.

“Right, sweet Amber?” she said before pressing the button.

Robin Roberts has been with her partner, Amber Laign, for 17 years. And throughout their relationship, they’ve had to support each other during many highs and lows – including each of their breast cancer battles. Thankfully, it seems that Roberts’ faith has helped her keep a positive outlook on life despite the challenges the two have faced.

When Should I Get A Mammogram?

Roberts received her breast cancer diagnosis in 2007. Ironically, she was diagnosed after finding a lump in her breast during her preparation for a news segment on performing self-checks.

Thankfully, Roberts was declared cancer-free after surgery. But Roberts shared that Laign had to face breast cancer as well in February. Since her partner’s diagnosis, Roberts has been doing everything she can to support her partner throughout her cancer journey.

I Have Breast Cancer: Is A Clinical Trial Right For Me?

“I didn’t realize how much I had blocked out during my journey, and it was because of sweet Amber—because she protected me and navigated for me,” Roberts said in a previous interview with Ellen Degeneres. “So, I’m doing the same thing for her.”

And though she’s “had some complications with the chemotherapy” and “challenging” weeks to work through, Laign has since triumphantly completed her radiation treatments. In a post from July, Roberts shared the exciting news with fans.

“Sweet Amber completing radiation, a very important phase of her treatment!,” Roberts wrote under a video of Laign ringing a bell to signify the end of radiation. “We both thank you for all your well wishes and prayers. Proud of her and all fellow Thrivers for your grit and grace during a challenging time. This is indeed my #mondaymotivation.”

It’s unclear where Laign is at with her cancer journey now, but we’re confident Roberts is firmly standing by her side every step of the way.

Turning to Faith during a Cancer Journey

For some people like Robin Roberts, turning to faith can be a great way to keep spirits high when cancer starts taking an emotional and/or physical toll. New York City Presbyterian Pastor Tom Evans previously spoke with SurvivorNet about the importance of find ways to cope with the complex web of feelings you may be experiencing after a cancer diagnosis.

Putting Your Trust In God

Monica Layton, like Robin Roberts, also believes in the power of faith during a fight with cancer. She turned to her church congregation for support as she battled ovarian cancer during the COVID-19 pandemic and then went through recovery.

“[I’ve] gone to the same church for a long time, so it’s like another family that really supports me,” she told SurvivorNet in a previous interview. “We’re Episcopalian, and when I was having surgery my priest came to the hospital and stayed and prayed with my family the whole time – and it was a long surgery. And then he came back to the hospital every day to pray with me.”

In addition to praying for her, Layton’s church also sent flowers, cards and a prayer blanket and often visited her.

“They were so kind,” Layton said. “I think my faith has been very important, crucial for me. Just the prayer really helps, I think.”