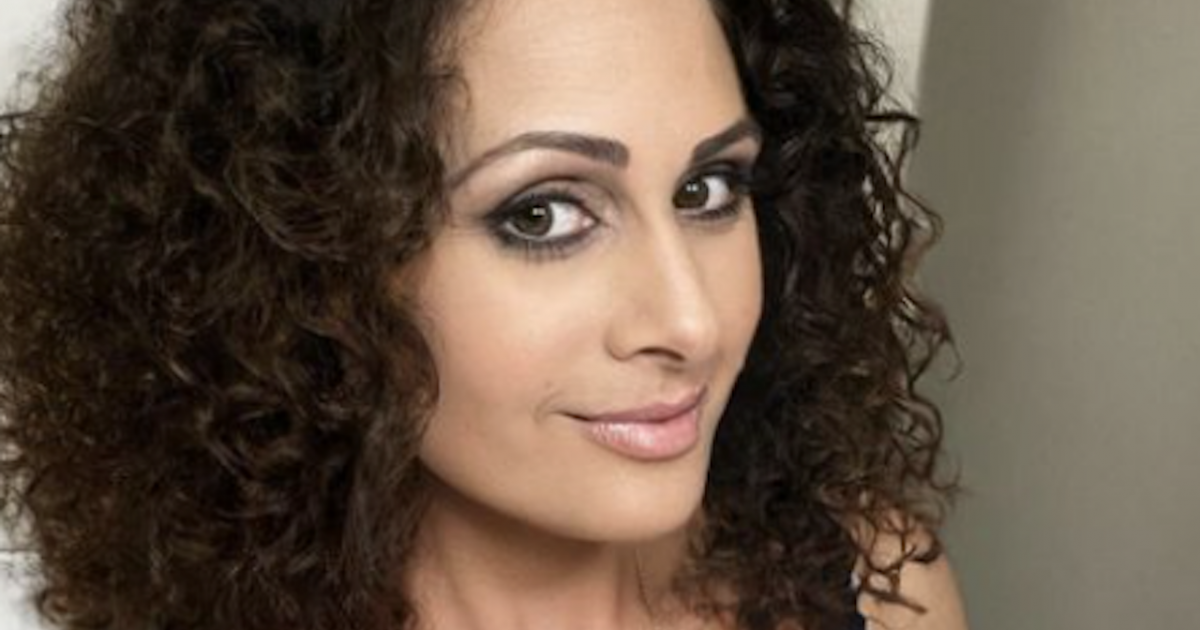 Roban Lampkin, 41, formerly played in the lingerie football league, and three years ago she was diagnosed with the blood cancer multiple myeloma after an initial misdiagnosis of Carpal tunnel syndrome (CTS); Lampkin’s story emphasizes the importance of pushing for answers and how to seek treatment for myeloma.

Read More
Lampkin is currently in remission after a long cancer journey.  Multiple myeloma is a type of cancer which forms in the white blood cell, which is called a plasma cell. Initial, first-line treatments for multiple myeloma are effective. The frontline therapy, says Myeloma.org, should control the disease, reverse myeloma-related complications, decrease the risk of early mortality, and not interfere with the need for stem cell collection.

Lampkin’s earliest signs of her multiple myeloma included bubbles in her urine, which she spotted in the toilet. She tells Insider how she’d never seen such a thing before.

Her doctor suggested it could be related to a protein in her pee, which may indicate kidney issues. Over the years following the bubbles in her urine, Lampkin had more health issues. Her ankles swelled for no apparent reason. Her tongue and cheeks became so swollen she could barely speak. She also had intense lower back pain, which, some days, rendered her unable to get out of bed. Lampkin also experienced exhaustion and wondered if it was because she was overworked.

She tells Insider, recalling her thoughts at that time, thinking the exhaustion was connected to work, “I’m working, I’m dancing, I’m going to school,” she said. “I’m doing too much.”

Lampkin then began developing neuropathy, which caused severe burning sensations in her arms and hands. She says they were so painful, that they “woke me up screaming in the middle of the night.”

After the burning in her hands and arms, Lampkin went to the hospital, looking for answers. Doctors initially dismissed her hand pains as Carpal tunnel syndrome (CTS). “I knew that I didn’t have carpal tunnel,” she says. “Carpal tunnel affects millions of people — there’s no way people function like this.”

Lampkin continued visiting doctors over the course of weeks. She underwent tests and bloodwork, and it was discovered that Lampkin’s kidneys were almost failing.

She recalls, “I was like, ‘What? I’m not here for my kidneys. I’m here for my hands and my tongue.'”

Following additional tests, which included urine samples, doctors found a protein in her urine that had been there for years was a cancerous Bence-Jones protein, which is an indicator of multiple myeloma.

She is currently getting treatment for this disease. Lampkin says she experiences fatigue and bone pain during her cancer journey.

Lampkin is staying focused on the positive and looking for silver linings. She says, “It was such a life lesson…[going from feeling] like I was really pretty, and fit, and athletic, and I took care of my myself,” and then contending with cancer and treatment effects.

“It’s difficult still, but I’m getting better at it,” she says.

Getting a Second Opinion for Multiple Myeloma

Lampkin had five months of chemotherapy infusions, which led to some hair loss and other side effects.

Treatments for multiple myeloma include chemotherapy, medications, radiation, corticosteroids, or a stem-cell transplant. For people newly diagnosed with this disease, doctors will initiate the induction phase, the goal of which is to reduce the number of number of cancerous plasma cells in the bone marrow as well as the abnormal proteins they produce. The induction phase is a three-drug regimen known as VRD therapy. It consists of:

Induction therapy can last three to six cycles, and if the cycles are well-tolerated, the patient will go on to phase two of treatment. VRD treatment is very effective, but also an expensive kind of treatment. The total annual cost of VRD therapy is approximately $220,000, according to a report published by The American Society of Clinical Oncology.

Myeloma.org highlights initial therapy recommendations as including the following:

Other induction therapies include the following, says Myeloma.org:

Lampkin also had a bone marrow transplant, two years ago.

Other, newer therapies like CAR-T can help some patients with multiple myeloma. The treatment path will depend on the stage of the cancer at the time of diagnosis.

Dr. Tareq Al Baghdadi, a medical oncologist, and hematologist at St. Joe’s Mercy Hospital in Ann Arbor, Mich., tells SurvivorNet in an earlier interview that any patient with relapsed and/or refractory multiple myeloma may benefit from CAR T-cell therapy. (Relapsed myeloma means a patient’s cancer came back after treatment, and refractory myeloma means the cancer did not improve with treatment.)

“The only concern is patients who have very aggressive recurrence (who) might need some kind of treatment while the CAR T cells are being manufactured,” he says. However, “trials are currently looking at off-the-shelf CAR-T cells that are almost immediately available.”

CAR-T cell therapy re-trains your immune system to make it a more efficient, and more effective, cancer fighter. This can be a good option for some people battling multiple myeloma.

The Importance of Seeking a Second Opinion

Lampkin took empowered action when she kept seeking answers for her pain and unusual symptoms. Her story highlights to life-saving importance of getting a second opinion. Lampkin’s case is unique in some ways, and not in others – many people with cancer may face an initial diagnosis. Just because Lampkin was misdiagnosed with CTS, doesn’t mean that those correctly diagnosed with CTS need to undergo cancer screenings.

Doctors are not always in agreement about whether your symptoms might merit further testing and whether specific treatment methods might work best for you. Sometimes, what your first doctor says might fall short of fact, and a second or third medical professional might be able to catch cancer before it grows and spreads.

Dr. Steven Rosenberg, chief of surgery at the National Cancer Institute and one of America’s most renowned cancer doctors, agrees.

In an earlier interview with SurvivorNet, he says, “If I had any advice for you following a cancer diagnosis, it would be, first, to seek out multiple opinions as to the best care, because finding a doctor who is up to the latest of information is important.”

He adds, “And it’s always important to get other opinions so that you can make the best decisions for yourself in consultation with your care providers.”

Answering Your Questions About Blood Cancer

What is a Blood Cancer – How is it Different? Blood Cancer is Different From Other Cancers—Some Treatments Are, Too Leukemia: Symptoms & Diagnosis
NOW
PLAYING
Denied Potentially Life Saving Treatment, A 71-Year-Old Man Fought His Way Into A Clinical Trial Despite His Age. Now, He's Back To Biking Around 3,000 Miles A Year
NOW
PLAYING
For Father Of Four, 43, Soreness From New Orange Theory Gym Kick Turned Out To Be Cancer
NOW
PLAYING
Remembering The Beloved Olivia Newton-John: Singer, Who Lived With So Much Grace As She Fought Breast Cancer
NOW
PLAYING
'Queer Eye for the Straight Guy' Star Thom Filicia Makes Lifesaving Bone Marrow Transplant To Brother
NOW
PLAYING
Woman, 41, With Bubbles In Her Urine Dismissed By Doctors. Turns Out To Have The Blood Cancer Multiple Myeloma.
NOW
PLAYING
It's Been Nearly Two Years Since Tom Brokaw Retired from NBC News After 55 Years With the Network: How is the Cancer Survivor Doing?

Remembering The Beloved Olivia Newton-John: Singer, Who Lived With So Much Grace As She Fought Breast Cancer

Woman, 41, With Bubbles In Her Urine Dismissed By Doctors. Turns Out To Have The Blood Cancer Multiple Myeloma.