Miracle Pregnancy For Leukemia Survivor, 42, After Doctors Thought She Was Likely Infertile 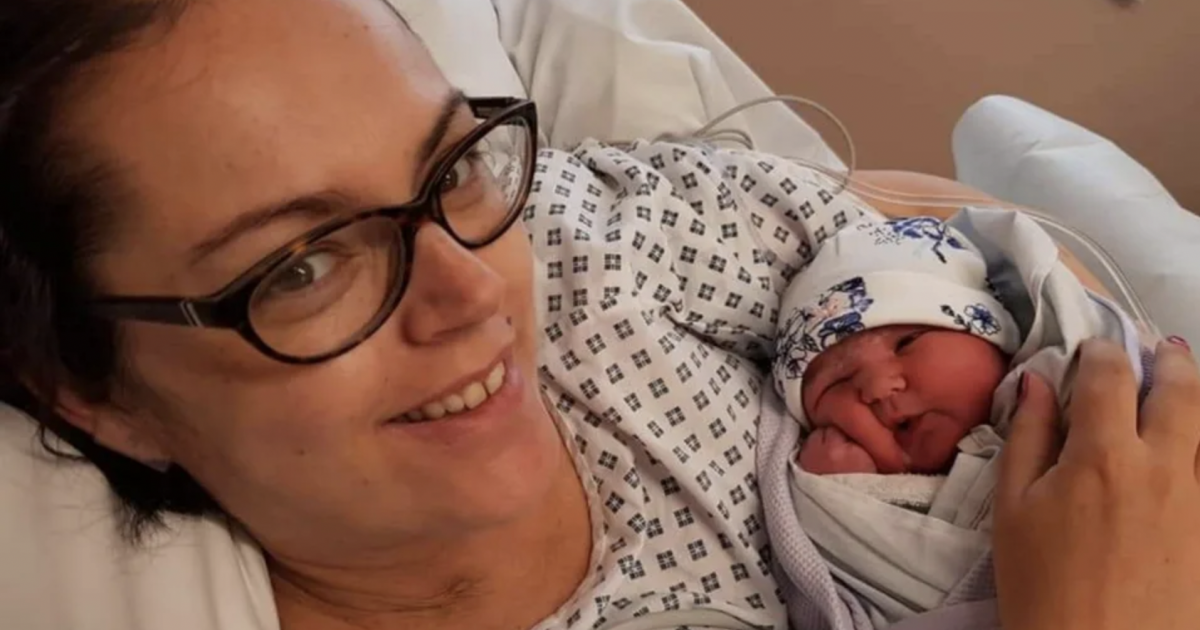 After Ann Hope, 42, received her leukemia diagnosis in 2016, doctors told her she was more than likely going to become infertile. Thankfully, that was not the case.

When Hope lost her voice and noticed a lump had grown on her neck, doctors thought she might have laryngitis. But a referral to a throat clinic led to her acute myeloid leukemia diagnosis. She began her first round of chemotherapy the next day.

Read More
“By this point though, the doctors were telling me I would be dead in 24 hours if I didn’t start treatment right then,” she said. Hope had already had two children prior to her cancer diagnosis, but she always wanted one more. Sadly, doctors told her chemotherapy treatments might affect her fertility. RELATED: How To Keep Your Acute Myeloid Leukemia From Coming Back: Explaining Consolidation Therapy

“When I got my diagnosis I was just in shock. It didn’t sink in. Before treatment, doctors told me it’s more than likely going to make me infertile, but there was no time to harvest my eggs,” she said. “At the time, I was so ill I didn’t even think about it. It only sank in after my treatments when a fertility scan suggested my eggs were all damaged.”

Two days after staring the treatments, Hope’s chemo was put on hold because she was taken to the ICU for pneumonia. Thankfully, several rounds of chemotherapy resulted in an all-clear status in November 2016.

Hope was previously told in vitro fertilization (IVF) was her only option, but she knew she “didn’t have the money for it.” But crazily enough, she fell pregnant with Eden shortly after being cancer-free.

“I was gobsmacked when I found out I was pregnant. At first, I was worried because I had been told my eggs were damaged,” Hope said. “So when Eden was born the following June, I didn’t actually believe she was there. It was so surreal.

“A cancer diagnosis can cause a lot of families to break and I know some who have… but we all stayed strong and we have our miracle little girl despite everything.”

Infertility can be a side effect of some cancer treatments, but there are options to consider. Fertility preservation, for example, is available to women of childbearing age. Options for women include:

No matter what course of action you choose to take, it is important that all women feel comfortable discussing their options prior to cancer treatment.

In a previous conversation with SurvivorNet, Dr. Jaime Knopman said time was precious when dealing with fertility preservation for women with cancer. In other words, the sooner the better when it comes to having these important fertility conversations with your doctor.

Freezing Eggs Or Embryos: What Should I Do?

“The sooner we start, the sooner that patient can then go on and do their treatment,” Dr. Knopman said. “A lot of the success comes down to how old you are at the time you froze and the quality of the lab in which your eggs or embryos are frozen in.”

In addition, Dr. Knopman says even patients who don’t freeze their eggs or embryos before treatment still have the option of using an egg donor.

When Chemotherapy Damages the Ovaries: What are the Options?

“We would help you select someone who you feel (has the) characteristics you would want to represent in your child,” Dr. Knopman said. “We would use eggs, combine it with your partner’s sperm, if there was a partner. And then you could carry the pregnancy.”

Dr. Mikkael Sekeres, chief of the Division of Hematology at the University of Miami Sylvester Comprehensive Cancer Center, explains that bone marrow is essentially the factory that makes all of the cells in the blood stream. This includes the red blood cells that bring oxygen to our tissues, white blood cells that make up the immune system and the platelets which help stop bleeding.

When a person has AML, “that factory gets broken” because the bone marrow fills with cancer cells. Ultimately, this hinders the creation and function of the important blood cells.

“So there’s a bit of a paradox,” Dr. Sekeres previously told SurvivorNet. “The bone marrow has too many cells, yet the bloodstream has too few cells as the normal bone marrow cells die off.”

Symptoms of AML can include feeling unwell, shortness of breath, decreased exercise tolerance, unexplained bruising or infections. But sometimes people with AML have no symptoms at all.

“Most of the time, this comes as an unwelcome surprise diagnosis,” Dr. Gail Roboz, a medical oncologist at Weill Cornell Medicine, previously told SurvivorNet. “Often, patients have no idea that leukemia is even anywhere on the radar.

“Sometimes patients actually have no symptoms at all and may be diagnosed in the course of a completely routine evaluation.”

Genetics Of Acute Myeloid Leukemia –What Is A Subgroup?