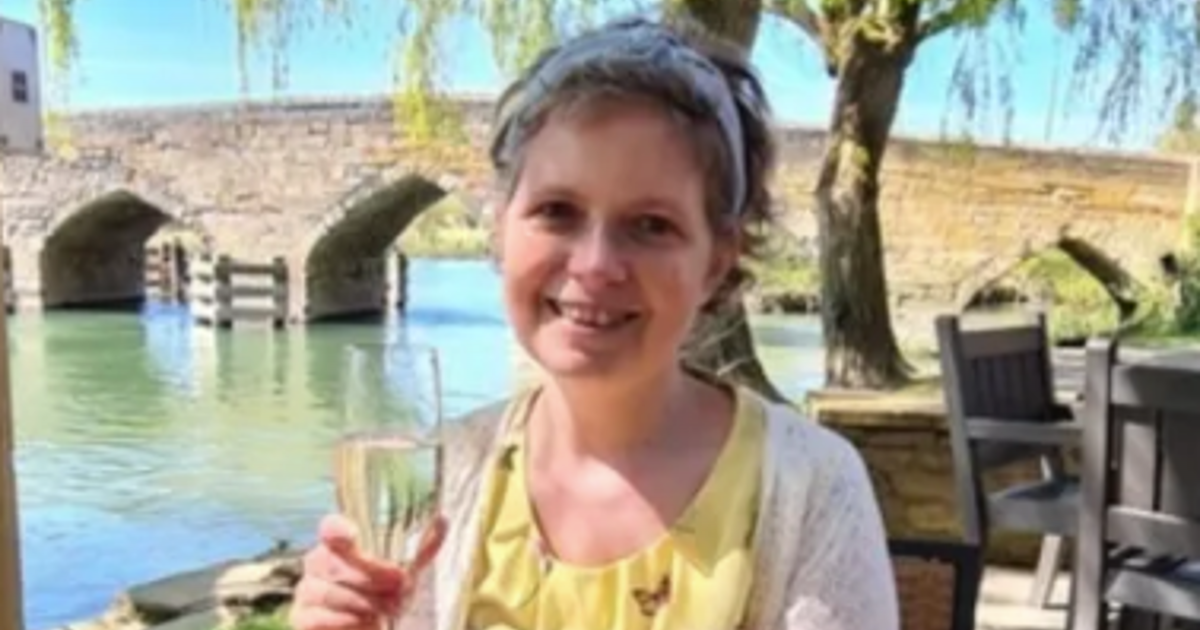 Angela Butterworth, a 42-year-old mother of two, has opened up about how a sudden change in her breast shape led to her stage three breast cancer diagnosis.

The cancer warrior, who lives in Oxfordshire, England, received her diagnosis on March 20, 2020, after noticing her right breast was shaped differently and more firm on one side. Now, after undergoing chemotherapy, radiotherapy, and beating sepsis, Butterworth is urging others to check for unusual changes in their breasts as signs of cancer may not be so obvious.

Read More
Butterworth, who works as a publisher, sought medical advice after noticing the shape of her right breast had changed overnight. She eventually received her cancer diagnosis on her 15th wedding anniversary and during the coronavirus pandemic. “I don’t know if I was in shock, but I didn’t cry at all (when I was diagnosed). It was just, okay, this is happening, and we have to try and get the treatment,” Butterworth said in a recent interview, according to The Independent. Butterworth admitted it was difficult to inform her children, Annabelle and Sophia, ages 11 and 8 at the time of her diagnosis, about the cancer news, so she had her 48-year-old husband Craig tell them.

“I couldn’t say it in the end, so my husband told them,” Butterworth explained. “We sat them down and he said, you know, ‘mommy is very poorly. She is going to have to go through a lot of treatment, (and) she will lose her hair… but the good news is, they are going to treat mummy and we will get through this.”

“My younger daughter cried; my older one sort of stared into space for a while and then cried, so it was a bit horrible really, but we had to tell them what was going on,” she continued.

Despite “nearly dying” after getting sepsis during her cancer treatment, Butterworth admitted it was hope that got her through the tough times when she felt “absolutely battered” from treatment.

When she was diagnosed she was told she needed a mastectomy to remove the tumor in her right breast, chemotherapy, and radiotherapy, but that her treatment might be delayed due to the hospitals being overcrowded during the pandemic.

Doctors first gave her a hormone treatment of Zoladex injections to prevent the cancer from spreading, until days later when she was told a mastectomy could be done sooner than later.

Just 10 days after her diagnosis, Butterworth underwent surgery to remove her right breast and found that cancer had spread to the lymph nodes under her arm.

“I’m always somebody that’s planning for the future. I plan everything in advance, I’m very organized, and I had to stop doing that,” she explained. “I couldn’t look into the future too far anymore, or even, you know, there were days where I thought, do I have a future?”

“But the chemo was the thing I was most afraid of, and as it turned out, I was right to be afraid of it because it was awful.”

She started her intensive chemo treatment on May 6, 2020, which concluded on September 30. Then, about a month later, she underwent radiotherapy for three weeks.

And when she grew upset about her hair and breast loss, she recounted, “It was more about surviving than anything else. You don’t realize you’ve lost a breast, you’ve lost your hair, this all happened to me, until after all the treatment is over. Initially, it’s just, I’ve got to get through this.”

Butterworth noted that her “lowest point” during chemo was when she got sepsis and “nearly died in hospital.”

Luckily, Butterworth kept pushing through despite feeling terrified, thanks to the other “brave” patients in the hospital who offered support for her, along with a UK charity called Maggie’s.

“It’s terrifying really, but then you keep going. There’s almost this unspoken rule, you know, you don’t get upset, you keep each other going in those rooms,” Butterworth, whose treatment concluded in November, added.

Although she is not yet cured of the cancer, Butterworth is getting back to normal life through her love for art, silk painting, and taking trips with her family. And she’s urging others battling cancer like her to “have hope, even at your most despairing times.”

The Impact Art and Music Have on Survivors’ Journeys

Sometimes you just need a little inspiration to make it through the day, like Butterworth found by taking up silk painting. That’s the case for many women fighting breast cancer, and this film about the power of music and art is just the boost you need.

Presenting SurvivorNetTV’s original series SN & You. In this episode, Music and Art: Reflecting On Your Journey, we follow Marianne Cuoozo, Bianca Muniz, Joel Naftelberg, Marquina Iliev-Piselli and Matthew Zachary as they reflect on the impact music and art had on their cancer journey. While going through breast cancer treatment, it can be challenging to keep a positive attitude when you’re feeling worn out from treatment. These survivors have been in your shoes and have tips to help get you through.

Marianne Cuozzo is a mother, an artist, and a three-time cancer survivor. Her first cancer diagnosis came at the age of 28 and she had a recurrence a few years later. Then in 2014, Cuozzo got breast cancer and underwent a mastectomy and reconstruction. After suffering with numerous infections, she opted to “go flat.” Through some difficult times, Cuozzo found art to be a tool to help express herself in ways she didn’t want to do verbally.

Singer/songwriter Bianca Muniz is a two-time cancer survivor. She had ovarian cancer at 11, was diagnosed at 22 with breast cancer and was diagnosed with lung cancer at 24. Throughout her struggle with cancer, music has been her savior.

While Marianne and Bianca chose art and music, air guitar was Marquina Iliev-Piselli’s calling. Playing the air guitar allowed Marquina to dress up in fun, whacky outfits, try on different personas, and really stay in touch with herself during a tough time. “With cancer specifically, every couple weeks I would grab a bunch of different clothes that were donated and bring them to the hospital and would just try to make something happen in those six to eight hours while I was in the hospital. It was glam rock chemo,” Marquina says. “I air guitared [during] my chemo, and it saved my spirit. It made it so I don’t look back on that time with fear.”

We later see Joel Naftelberg, a pancreatic cancer survivor, who saw music as his lifeline after his first cancer diagnosis. “It doesn’t necessarily solve anything, but it does let us dance on our problems for at least an hour or two,” he says. Joel has undergone treatment for both liver and pancreatic cancer. He compares his cancer to a monster, saying it has affected every aspect of his life. However, he hasn’t allowed his disease to take over his life. Joel handles cancer by taking it one day at a time–and of course, by making time to feed his love of music.

Lastly, we hear from Matthew Zachary, CEO and founder of Stupid Cancer. When he was facing brain cancer as a 21-year-old college student, he noticed a lack of resources for people in his situation — that’s how he got into advocacy. Through being his own advocate and asking questions during his treatment, he was able to find alternative solutions that would give him the ability to continue pursing his passion, piano.

Marianne Cuozzo, Bianca Muniz, Joel Naftelberg, Marquina Iliev-Piselli and Matthew Zachary share inspiration and hope through their stories. These are tales you should not miss on SurvivorNetTV.

Art, Music, and How It Affects Cancer