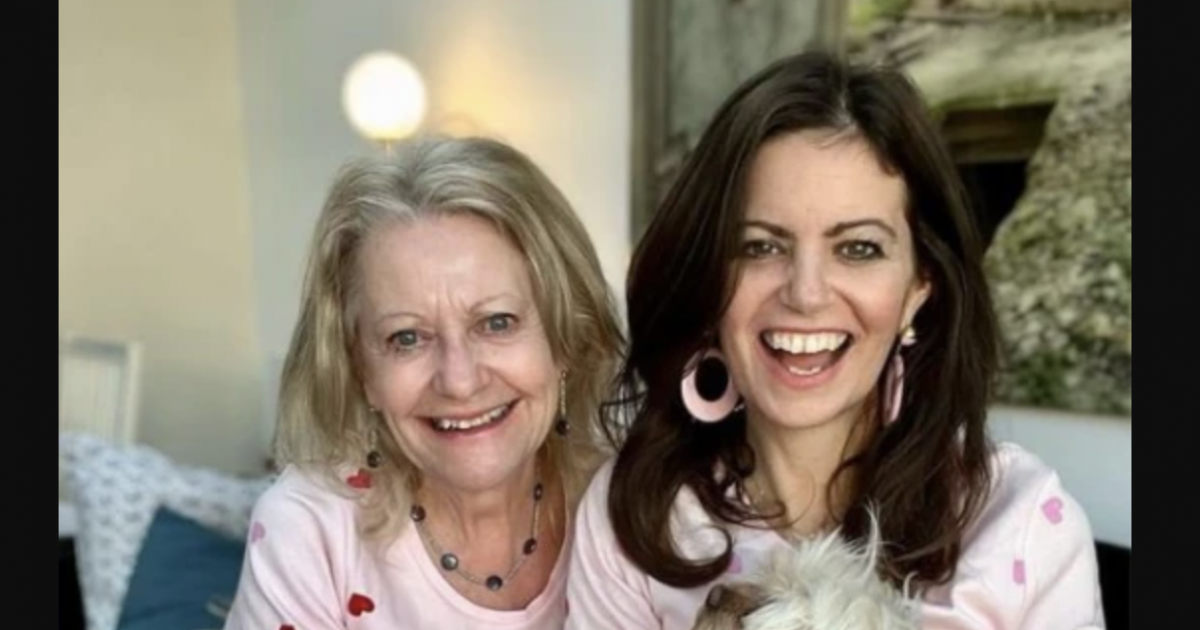 The holidays can be tough for many people who’ve lost loved ones to cancer — and journalist Deborah James’ mother is no exception.

Deborah died earlier this year after a courageous battle with bowel cancer that spanned nearly six years. She was only 40 years old.

Read More
Bowel cancer is a general term for cancer that begins in the large bowel, but generally we use the term colorectal cancer — or colon cancer or rectal cancer depending on the location of the cancer — in the United States. Now that she must continue on without the beloved BBC podcast host, Deborah’s mother Heather is grappling with what her holidays will look like without her daughter. In a recently published video, Heather explained that it’s been hard to enjoy the pre-Christmas festivities as much as she normally would.

“I think [the holidays are] hard for anybody that’s lost anybody,” she said. “But Deborah loved Christmas; she was so into it — the build up to it, the enthusiasm, the sparkles.

“And have I got that energy? I try, for her. Part of me would like to not do it but that’s not what she wanted.”

As she continued, Heather talked about making an effort to keep some of Deborah’s favorite Christmas traditions alive.

“We made, tried to make, table decorations last week, and I did it with my other daughter and my future daughter in law,” she shared. “We cracked open the champagne — I drank most of it. And I knew Deb would say, ‘Mum that’s great you are doing this.'”

Heather admits there are times she doesn’t feel festive at all given her heartbreaking loss, but that won’t stop her from honoring Deborah during a time she loved so much.

“Part of me would like to just hide and not do it, that’s not what we’re going to do,” she said. “We’re going to celebrate Deborah.”

Deborah James was first diagnosed with bowel cancer in 2015, but it took a long time for doctors to actually get her to the correct diagnosis.

“I’m the perfect example of a text book hypochondriac, one that immediately think dizziness means a brain tumor, a cough means lung cancer, and blood in the stools means bowel cancer. However years of CBT has meant that I’ve learnt to rationalize every ailment — including the last year of a change in bowel habits that I put down to too much wine, a new job and stress of trying to be that full time working ‘super mum,'” Deborah said in 2017.  “If only for once someone believed me earlier that I wasn’t ‘crying wolf’ — when in my normal nervous GP ‘question time’ I tell the doctor I think I have bowel cancer — I’m actually laughed at — not once but three times over the course of six months!

“Despite being reassured on numerous occasions that I must have IBS, hemorrhoids or worse case colitis, my blood tests and stool sample came back ‘normal’ so everything must be fine!”

Still, Deborah was “losing weight, passing blood, going what felt like 100 times per day and feeling shattered” despite everyone telling her she was fine.

“I knew there was something wrong with me, a sixth sense if you will, because for the first time I was afraid, very afraid about taking this further,” she said. “Fed up with waiting for a referral, I’m lucky I was able to take myself off privately to have a colonoscopy.

“Being so scared however, I made sure I went skiing, had finished the school term and bumped three appointments just because something was telling me this might change everything.”

Stage Four Colon Cancer: “Not All Patients are the Same”

Sadly, she was right. At the time of her diagnosis, she was considered stage three, though her disease progressed to stage four by 2016.

She underwent treatments for quite some time, but she passed away on June 28 after speaking publicly about receiving end of life care.

Throughout it all, however, Deborah refused to focus on the negative. She heroically used her platform to make a difference instead. In an effort to educate others about the disease and raise crucial funds, she dubbed herself the “Bowel Babe” and shared the details of her journey via social media, her BBC podcast “You, Me and the Big C” and articles for The Sun.

In the final weeks of her life, she raised more than $7 million for Cancer Research UK. And she even got multiple companies to print the signs and symptoms of bowel cancer on their toilet paper packaging.

Grief is an inevitable — and essential — part of the healing process after losing a loved one to cancer. And there’s definitely no one way to cope, but Doug Wendt shared his thoughts on grief in a previous interview with SurvivorNet after losing his wife Alice to ovarian cancer.

Everyone’s journey of grief looks different, but therapy and support groups can also be wonderful options to explore. It’s also important to keep in mind that time does not heal everything, but it certainly helps.