U.S. Soldier Deployed To The Middle East Felt Strange Lump While Showering And Thought It Was ‘Irritation’ From His Bulletproof Vest: It Turned Out To Be MALE Breast Cancer

Joseph Gomez, now 56, has become an advocate for educating men that they too can get breast cancer. October is Breast Cancer Awareness Month. 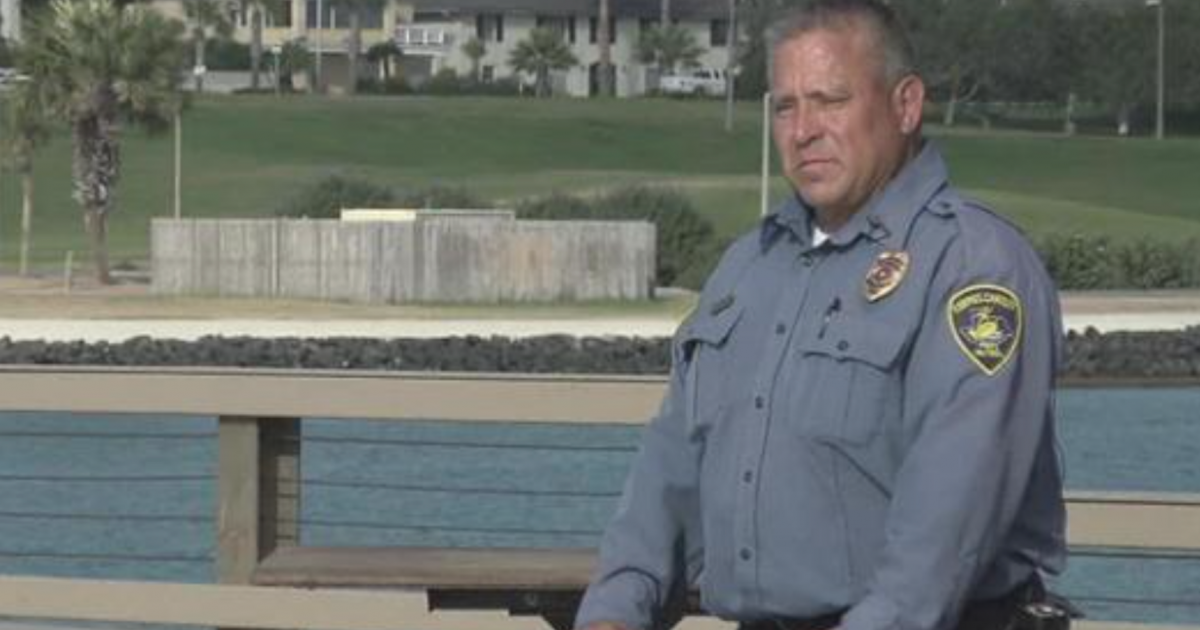 56-year-old veteran Joseph Gomez has had an impressive career as a 5th generation soldier, and yet, was completely taken by surprise by an internal enemy: breast cancer.

The father-of-six, a compliance officer in Corpus Christi, Texas, is a 13-year survivor, and continues to tell his story to help others.

Read More
“Coming now today to talk with you about it, I wasn’t aware that it’s more common than we think for men,” Gomez told his local news station, Channel3. Gomez was gearing up mentally and physically for his 5th tour in the Middle East when he noticed a “pea-sized” lump in his chest. Related: Texas Woman Feels Strange Lump On Her Husband’s Chest While They Were Four-Wheeling Together: It Turned Out To Be Male Breast Cancer

“I was showering and I noticed a bump. So I didn’t think anything of it because I thought it was irritated by the plates and the I.B.A. I was wearing,” Gomez said. “Well, the next day it continued. It was pretty constant and sharper at this point.”

Thankfully, the family man went in right away and got checked. Doctors biopsied the small tumor and a short time later, confirmed that it was cancer.

If You Feel Something, Say Something — Men Ignore Symptoms Too Often

“First of all, I was stunned, shocked and of course, the first thing that came to mind was ‘why me?'” Gomez said. Yet, he did have a family history of breast cancer—his mother and grandmother.

Gomez went through treatment in Iraq and Kuwait.

Related: A Desert Storm Veteran with Incurable Cancer Shows Off His Hidden Side in a Brand New Art Exhibit

Because of his fast-acting, he was able to catch it and treat it before it spread. Commendably, Gomez made sure to tell his family members, which encouraged them to go get checked. Too often, men can feel more embarrassed by the diagnosis, but keeping it hidden from others does a disservice to educating and saving lives.

“It helped a couple of my [male] cousins. They went to go get checked within a week cause it scared them. I’m not going to lie. It is scary. But also, put that fear in them…helped them to go get checked.”

The male breast cancer advocate has now found something else to fight for.

“The freedoms we have. The rights that we have, our family. And, of course, God first,” he said. “But it’s all the same thing you know. We want to do the right thing for the right reasons.”

What Is Male Breast Cancer?

The lifetime risk of getting breast cancer is about 1 in 833 for men. In addition, the American Cancer Society estimates that about 2,710 new cases of invasive breast cancer will be diagnosed in men in the United States in 2022.

Related: Man Visits Doctor Complaining Of ‘A Distorted Nipple’ And Mysterious Chest Pain: It Turned Out To Be Male Breast Cancer

There are several risk factors that can increase a man’s chance of developing the disease, just like in the case of female breast cancer. If you’re a man with any, all or some of the following risk factors, vigilance is key.

Symptoms of Male Breast Cancer Can Include:

Treatment for male breast cancer is largely the same as female breast cancer. A person’s options depend greatly on a variety of factors, including the size of the tumor and how far the cancer cells have spread, but possibilities include surgery, chemotherapy, hormone therapy, radiation therapy and targeted therapy.

There is Nothing to Be Ashamed of with Male Breast Cancer

Marc Futterweit is a two-time breast cancer survivor … and he knows first-hand that the shame that comes with a diagnosis of male breast cancer can be quite debilitating. The urge to just ignore the symptoms and tell yourself breast cancer is a woman’s disease may sway you from getting screened. But Marc has become an advocate for the disease, and is now dedicated to halting that way of thinking.

“Men are basically standing in the shadows,” Marc says. “They’re ashamed or embarrassed … this is a woman’s disease. [But] why can’t men get breast cancer?” A lot of people assume men can’t even get breast cancer because they don’t have breasts, but that’s not the case. The American Cancer Society estimates that about 2,550 men will be diagnosed with breast cancer every year in the United States, and 480 men will die from it. It’s much less common in men than it is in women (the lifetime risk of a man getting breast cancer is about 1 in 833), but surveillance and screening is still important.

That’s why Marc’s philosophy is “if you feel something, say something.” He detected his own cancer when he felt an odd lump on his chest during a shower. He admits, he was baffled when his doctor suggested he get a mammogram, but in reality, it probably saved his life. “The problem with men is that they wait, and they think things are going to go away,” Marc says. “Once they’re diagnosed, sometimes it’s too late.”

A lot of men simply don’t think they can get breast cancer, and while it’s a lot less common than breast cancer in women, it does happen. Some men tend to try to hide the symptoms or diagnosis, but it's important to address any issues head on. If you find a lump in your breast or experience any breast cancer symptoms, the first steps may involve a clinical breast exam, a mammogram, an ultrasound exam, a blood chemistry study or a biopsy. Treatment for breast cancer is mostly the same for men and women. Symptoms of male breast cancer can include a lump/thickening in the breast (usually painless), nipple pain, an inverted nipple, nipple discharge, changes to the color or texture of the nipple and areola, changes to the color or texture of skin on the chest and enlarged lymph nodes under the arm. Don't be ashamed of disease or symptoms. It's important to speak up about anything unusual happening with your body. One of our SurvivorNet family cancer warriors is a two-time male-breast-cancer survivor who advocates for disease awareness after knowing, first-hand, the shame that can accompany a male breast cancer diagnosis. Music mogul and breast cancer survivor Mathew Knowles urges Black men to be aware of breast cancer risks since both Black men and Black women tend to have a worse prognosis when it comes to the disease.
NOW
PLAYING
18-Year-Old Didn't Know Teenage Boys Could Get Breast Cancer Until He Found A Growth Above His Nipple
NOW
PLAYING
How To Crush 2023; Take It From This Young Mom Who Went 'Flat' For Breast Cancer Treatment
NOW
PLAYING
Healing Old Wounds, TV Anchor And Breast Cancer Survivor Joan Lunden, 72, Says Sexism And Ageism Led To Her Removal From GMA
NOW
PLAYING
Rock Band Kiss Co-Founder Peter Criss, 77, Male Breast Cancer Survivor, Releases New Version Of Classic 'Dirty Livin''
NOW
PLAYING
A Doctor's Breast Cancer Arrived With An Unusual Symptom
NOW
PLAYING
Aussie Soap Star Battling Stage 4 Breast Cancer at Age 36