Texas Woman Feels Strange Lump On Her Husband’s Chest While They Were Four-Wheeling Together: It Turned Out To Be MALE Breast Cancer

Jason and Janelle Williamson are now raising awareness that men can also get breast cancer. 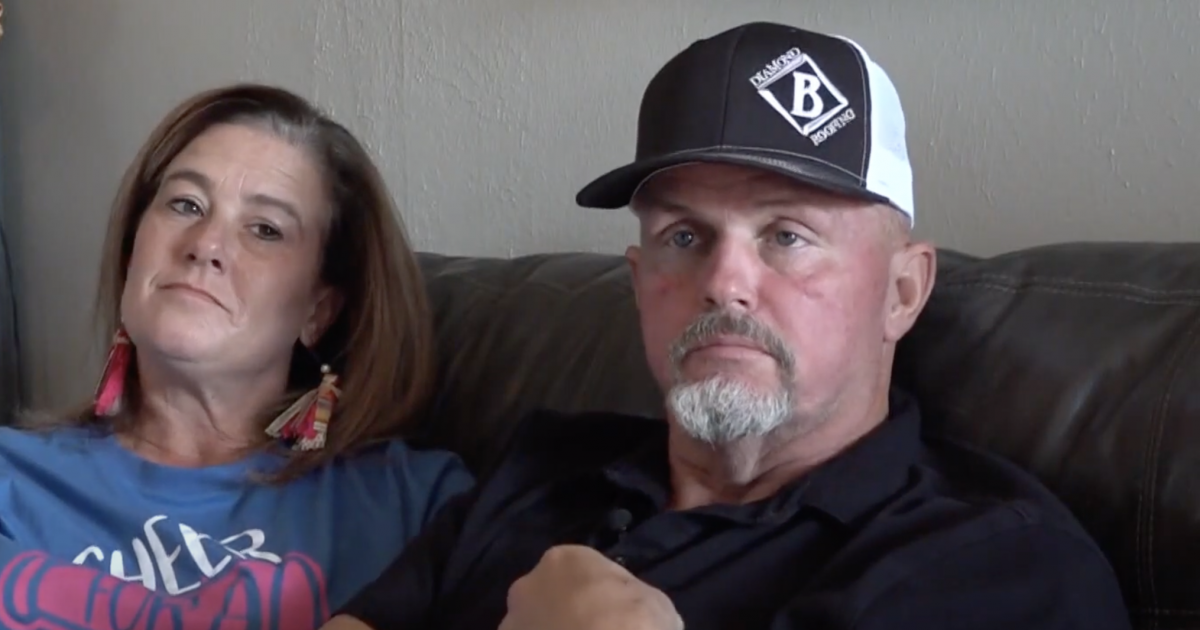 Men don’t always have the possibility of male breast cancer on their radar. But Jason Williamson would like to change that.

Jason and his wife Janelle Williamson were four-wheeling in April when Janelle just so happened to feel a lump while grabbing her husband’s chest.

Read More
“We weren’t even thinking of it being breast cancer because it’s so rare,” Janelle said. “I had heard that men could get breast cancer but it’s not really something that is ever talked about.” RELATED: Beyonce’s Father Mathew Knowles, 70, Shares New Video About Being Diagnosed With MALE Breast Cancer A few months later, the couple was shocked to discover that Jason had stage two male breast cancer. For treatment, Jason has already undergone a mastectomy and recently began chemotherapy treatments.

Sadly, Jason is wishing he had gone to the hospital with his symptom sooner.

“They could have killed it with a couple bouts of radiation, and I would have been done with it,” Jason said.

While Jason still has an arduous road ahead of him, he’s still feeding his horses and working to provide for his family of seven.

He’s looking forward to closing this chapter of his life, but Jason is also making sure to share his story to raise awareness for male breast breast.

“I’m ringing that bell off the wall,” he said referring to the bell ringing tradition that marks the end of a cancer warrior’s treatment.

What Is Male Breast Cancer?

The lifetime risk of getting breast cancer is about 1 in 833 for men. In addition, the American Cancer Society estimates that about 2,710 new cases of invasive breast cancer will be diagnosed in men in the United States in 2022.

If You Feel Something, Say Something — Men Ignore Symptoms Too Often

There are several risk factors that can increase a man’s chance of developing the disease, just like in the case of female breast cancer. If you’re a man with any, all or some of the following risk factors, vigilance is key.

If any of the above risk factors applies to you, consult your doctor and feel free to ask questions. While it’s true that men can work to lower their breast cancer risk by exercising and maintaining a healthy bodyweight, the most important element of effective cancer treatment is an early diagnosis.

Symptoms of Male Breast Cancer Can Include:

Treatment for female breast cancer is largely the same for male breast cancer. A person’s options depend greatly on a variety of factors, including the size of the tumor and how far the cancer cells have spread, but possibilities include surgery, chemotherapy, hormone therapy, radiation therapy and targeted therapy.

Breast Cancer Survivor Mathew Knowles, Father of Beyoncé and Solange, Urges the Black Community to ‘Take Control of Your Health’ and ‘Know Your Self-Worth’

A lot of men simply don’t think they can get breast cancer, and while it’s a lot less common than breast cancer in women, it does happen. Some men tend to try to hide the symptoms or diagnosis, but it's important to address any issues head on. If you find a lump in your breast or experience any breast cancer symptoms, the first steps may involve a clinical breast exam, a mammogram, an ultrasound exam, a blood chemistry study or a biopsy. Treatment for breast cancer is mostly the same for men and women. Symptoms of male breast cancer can include a lump/thickening in the breast (usually painless), nipple pain, an inverted nipple, nipple discharge, changes to the color or texture of the nipple and areola, changes to the color or texture of skin on the chest and enlarged lymph nodes under the arm. Don't be ashamed of disease or symptoms. It's important to speak up about anything unusual happening with your body. One of our SurvivorNet family cancer warriors is a two-time male-breast-cancer survivor who advocates for disease awareness after knowing, first-hand, the shame that can accompany a male breast cancer diagnosis. Music mogul and breast cancer survivor Mathew Knowles urges Black men to be aware of breast cancer risks since both Black men and Black women tend to have a worse prognosis when it comes to the disease.
NOW
PLAYING
How Personal Trainer, 32, Discovered Breast Cancer After Pushing For Bathroom Exam At a Wedding
NOW
PLAYING
Dancing With Stars Samantha Harris, 49, Says Breast Cancer Was Misdiagnosed-- Lump Initially Dismissed As Nothing
NOW
PLAYING
18-Year-Old Didn't Know Teenage Boys Could Get Breast Cancer Until He Found A Growth Above His Nipple
NOW
PLAYING
Rock Band Kiss Co-Founder Peter Criss, 77, Male Breast Cancer Survivor, Releases New Version Of Classic 'Dirty Livin''
NOW
PLAYING
Social Media Golf Sensation Paige Spiranac, 29, Says She Had A Breast Cancer Scare-- Urges Women To Get Checked
NOW
PLAYING
Remembering ‘Survivor’ Alum Sunday Burquest, Who Died From Advanced Esophageal and Ovarian Cancer At Age 50