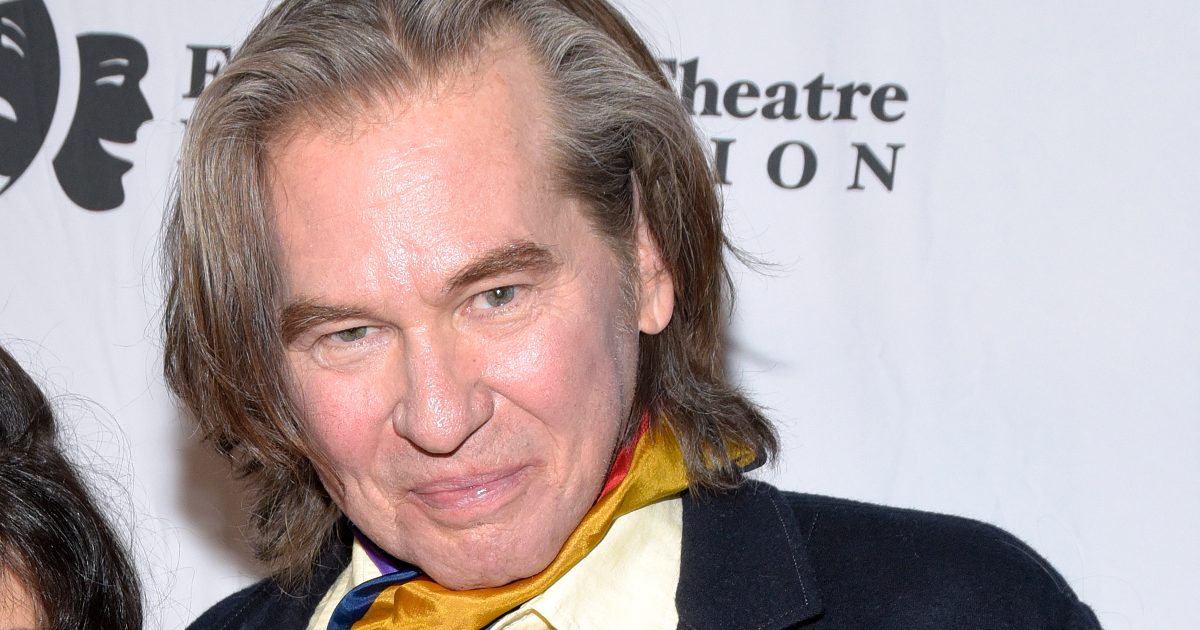 Continuing to deal with lingering heath issues after cancer treatment, actor Val Kilmer, 62, will not reprise his role as Madmartigan in the Disney+ sequel series Willow, which has just been released.

The throat cancer survivor was unable to take part in Disney+’s revival of Willow, where Kilmer would have reprised his 1988 character, due to health concerns during the pandemic.

Read More
“As COVID overtook the world, it became insurmountable,” Showrunner Jonathan Kasdan told Entertainment Weekly. “We were prepping in the spring of the year that it was most happening. And Val reluctantly didn’t feel he could come out. “We had to figure out a way to preserve the story we wanted to tell with him about how his story was playing out,” he said. Kasdan continued, “I remember going to see Val right after this thing started to get some momentum, and I said, ‘Listen, we’re doing this and the whole world wants Madmartigan back. And he was like, ‘Not as much as I do.'”

“He embraced me when I left. He picked me up, and he said, ‘See? I’m still super strong.’ And I was like, ‘Great.’ We started building out the first season with the intent of having him appear. [It wasn’t clear we couldn’t get him] until pretty late in the process, frankly,” he added.

Despite Kilmers decision not to take part in the new series, Kasdan insisted the option for him to do so exists.

“We wanted to leave open the door to any possibility in the future and also honor the spirit of him. We’ve tried to do that and work with him in a way so that he is felt and heard, if not seen,” Kasan concluded.

Kilmer was diagnosed with throat cancer in 2015 but didn’t speak publicly about the disease until 2017. He wasn’t considering conventional treatment at first, thinking his Christian Science faith would heal the tumors, but he eventually agreed to undergo chemotherapy for the sake of his children – Mercedes, 30, and Jack, 27, whom he had with his ex-wife, English actress Joanne Whalley, 61.

Kilmer previously wrote on Twitter how, as a result of the damage to his voice, he found much solace in art. He said, “When one thing is taken, though, another is given. With little voice, my creative juices were boiling over and pouring out of me. I started creating again, painting, writing anything I could. I felt the art healing me…”

Throat Cancer Is Increasing in the United States, New Research Suggests; Did You Know A Virus That Causes It Can Be Prevented With a Vaccine? A Woman Who Started Smoking at Age 11 Went on to Fight Three Throat Cancer Battles; Understanding Smoking and its Affect on Cancer Risk 7 Signs of Throat Cancer That Aren’t As Obvious as You’d Think; Knowing What to Look for Is Key
NOW
PLAYING
Triumph For Val Kilmer, Still Fighting Throat Cancer Side Effects, As ‘Top Gun: Maverick’ Receives Six Oscar Nominations
NOW
PLAYING
Steely Eyed TV Host Dan Abrams, 56, Is Now A Dad & Two Decades Past Testicular Cancer – The Hope For Men Facing The Same Disease
NOW
PLAYING
Cool & Dashing As Ever, Michael Douglas, 78, Says Talking About HPV-Related Cancers Is The Only Way To Spread The Word
NOW
PLAYING
Farrah Fawcett's Friend Alan Stewart Remembers Her With New Photos— Raising Awareness About Anal Cancer
NOW
PLAYING
Prayers Answered: Father Of Three, 31, Told To Get Affairs In Order Turns Out To Have Rare Gene To Fight Cancer
NOW
PLAYING
You Can Now Buy Top Gun Star's Val Kilmer's Personally Crafted Scrapbooks For Sale, His 'Most Private And Intimate Work To Date'