Woman, 41, With Bubbles In Her Urine Dismissed By Doctors. Turns Out To Have The Blood Cancer Multiple Myeloma. 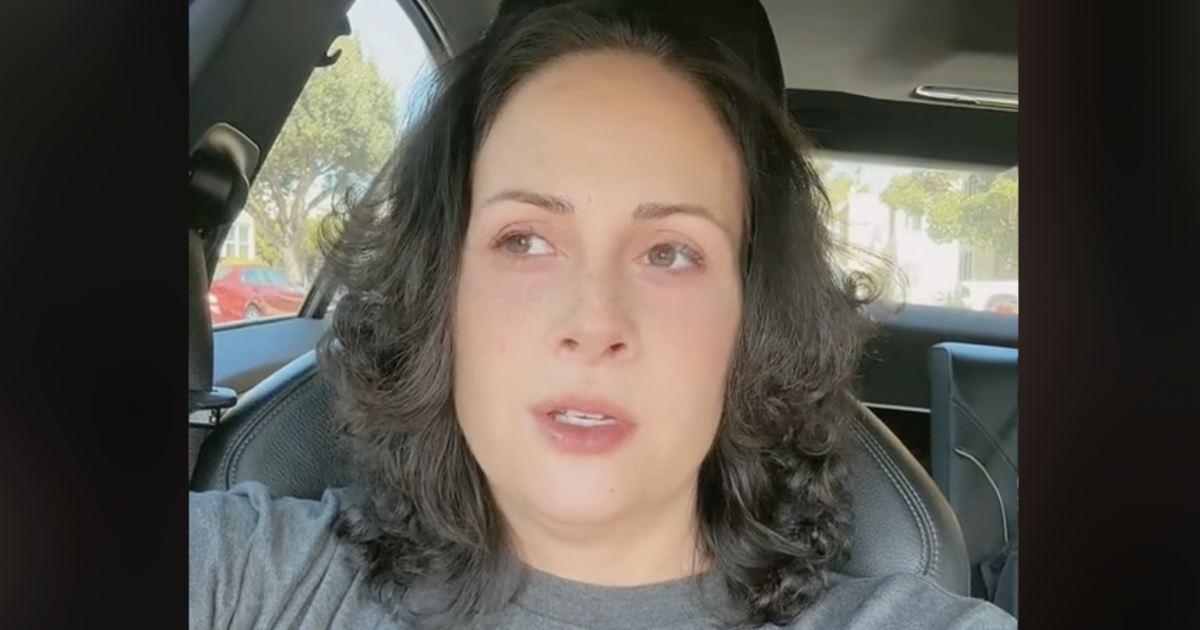 It’s been three years since Roban Lampkin was diagnosed with multiple myeloma at age 41. But as the cancer warrior continues to live with the disease, she is determined to spread awareness.

Sharing – or not sharing – the details of your cancer is a completely individual decision. And there’s no right or wrong answer when it comes to the number of people you tell about your journey.

Read More
But for Lampkin, opening up to her nearly 35,000 TikTok followers became a newfound passion and an outlet for education after her diagnosis.

Like many cancer survivors, Roban Lampkin’s cancer journey began long before she ever even had a diagnosis. Three to four years prior to her diagnosis, in fact.

“The first sign that I experienced was bubbles in my urine,” she explained in a TikTok. “These were like low laying bubbles that were grouped together, and they didn’t go away. You know, to the point where when I set up to turn around and flush the toilet, they were still there.”

But when she went to a medical professional with the odd symptom, her doctor said it “was no big deal.” It wasn’t until much later that Lampkin realized the bubbles were a result of Bence-Jones proteins in her urine that were a result of her kidney failure.

As the years went by, Lampkin developed even more symptoms including anemia and fatigue, but it wasn’t until she awoke from the night with the feeling that her “hands were burning” that she really started to advocate for her health.

RELATED: Mom Of Three, 57, Was Told For Months By Doctors Her Excruciating Back Pain That Left Her Bedridden Was ‘A Pulled Muscle:’ It Turned Out To Be Cancer

“I ended up waking up at night screaming. I did this like three to four nights a week,” she explained in another TikTok. “I felt like someone was shoving hot iron rods through my hands.”

Her doctors initially told her she likely had carpal tunnel syndrome, but Lampkin knew something was seriously wrong. Lampkin found out her kidneys were failing after getting bloodwork done at a hospital, but she didn’t get her much needed multiple myeloma diagnosis until eight days later.

“I kind of heard the word myeloma and I thought of like melanoma, but I didn’t know what it was,” Lampkin explained of her initial reaction. “I didn’t even know to ask him what it was, like I was kind of embarrassed. So I just stopped there, and he left the room.”

Eventually, Lampkin discovered she would have to battle a type of blood cancer without any definite cure. We don’t know too much about the details of her treatment besides the fact that she’s undergone a stem cell transplant – also called a bone marrow transplant – but it seems like she’s doing pretty well today despite an ongoing battle against the disease and continual efforts to heal her kidneys.

Above all else, Lampkin wants to share her story in the hopes of urging others to advocate for their health and raising money to give “directly back to cancer patients” through her non-profit called the Myeloma Movement.

“Listen to yourself,” she says. “If you believe something’s wrong – and, of course, there’s always exceptions to the rule, I’m not talking about those – But if you think something’s wrong, don’t stop until you get answers.”

Multiple myeloma is a type of blood cancer involving plasma cells – a certain kind of mature white blood cell in the bone marrow that helps fight infection by producing proteins that help your immune system fend itself against germs. So, in order to understand multiple myeloma, it’s important to talk about the bone marrow.

What Is a Blood Cancer – How Is It Different?

“The bone marrow is the factory that makes all of the cells that wind up in our bloodstream,” Dr. Mikkael Sekeres, the chief of the Division of Hematology at the University of Miami Sylvester Comprehensive Cancer Center, previously told SurvivorNet.

RELATED: Single Mom And Caregiver To Adult Daughter With Down Syndrome Diagnosed With Multiple Myeloma After Her Children Notice She Is Shrinking

Eventually, the myelomas grow too large in the bone marrow which can cause bone fractures. Myelomas can also lead to kidney damage because these cancerous cells release abnormally high levels of antibodies into the bloodstream which eventually build up in the kidney since its unable to process these extra proteins.

University of California at San Francisco hematologist-oncologist Dr. Nina Shah says cases of multiple myeloma can be grouped into categories that help physicians decide on the appropriate courses of treatment.

What Is Multiple Myeloma?

“We tend to [divide them] based on how risky the myeloma is, whereas other cancers will be staged based on how far the cancer has spread,” Dr. Shah previously told SurvivorNet.

The three stages of myeloma include the following:

RELATED: ‘I’m in Remission Now, and I’m Living in It!’: Young Multiple Myeloma Warrior From Maryland Shares Her Fierce Battle and Impenetrable Optimism

Technically, there is no cure for this disease, but recent advances in medicine have made room for hope – especially with early diagnoses.

“This is still considered an incurable disease,” Dr. Shah said. “But we want to make sure we make people understand that it’s a disease that you can live with – not necessarily have to die of.”

Following a multiple myeloma diagnosis, the first phase of treatment you will undergo is called induction therapy. The goal of this therapy is to reduce the number of myeloma cells within your bone marrow in preparation of a stem cell transplant (if you’re eligible). But how many drugs are used and which ones are chosen can vary from case to case.

The Induction Phase of Multiple Myeloma Treatment: What Are the Options?

Oftentimes, you’ll receive a combination of multiple drugs. According to Dr. Tareq Al Baghdadi, a medical oncologist and hematologist at St. Joe’s Mercy Hospital in Ann Arbor, Michigan, the triple regimen of VRD is the “standard.”

RELATED: Treating the Side Effects of Induction Therapy

There are other combinations such as VCD substitute cyclophosphamide (Cytoxan) for Revlimid.

“Over the years, we’ve noticed that triplet regimens give us deeper and longer responses compared to doublet regimens,” Dr. Al Baghdadi explained.

But some doctors even add a fourth drug – the monoclonal antibody daratumumab (Darzalex) – into the mix.

“With regards to induction therapy, three versus four drugs, there’s early data now showing that you achieve deeper responses when when you use four drugs versus three drugs, but whether that’s gonna lead to survival advantage remains to be seen and specifically which subgroup of patients will achieve that advantage,” Dr. Al Baghdadi said. “Is a four drug regimen preferable in high risk patient versus low risk patients or standard risk patients versus both? That’s what the current clinical trials are assessing.”

According to Dr. Al Baghdadi, some institutions have already moved to using daratumumab as part of a four-drug standard initial therapy, while others stick to the three-drug regiment.

Stem Cell Transplants for Multiple Myeloma: Who Is Eligible and What if Your Cancer Center Doesn’t Offer Them?

Following induction therapy, some multiple myeloma patients will have a stem cell transplant if they’re eligible.

“We refer those patients out,” he said. “So, when applicable for eligible patients, we induce them, send them out to one of two institutions nearby, they get transplanted and then come back.”

Most eligible patients do have a stem cell transplant, according to Dr. Al Baghdadi.

“The value of transplant has been established for many years now,” he said. “And despite improvement in induction therapy and systemic therapy, there’s still a role for autologous stem cell transplant.”

“We see those patients every day,” he said. “We currently give treatments to those patients in phases – induction and their maintenance. And I can think of many patients that have entered a complete remission and remain in complete remission. And that’s partly determined by the type of treatment they get and the type of multiple myeloma they have in terms of the risk stratification – whether it’s standard-risk myeloma or high-risk myeloma.”

How Does Maintenance Therapy for Multiple Myeloma Work?

“With regards to maintenance therapy in multiple myeloma patients, this is mainly studied in patients who have had autologous stem cell transplantation, and there’s been multiple clinical trials looking at different medications over the years,” Dr. Al Baghdadi said. “And the one that showed the most benefit and considered standard of care at this time is Revlimid. This is especially the case in standard-risk patients who can go on two years of Revlimid, and, with that, achieve an improvement in disease control and survival.”

RELATED: Which Drugs Are Used for Multiple Myeloma Maintenance Therapy?

Maintenance therapy is also used in some patients who have not had stem cell transplants and the amount of time a person is on the drugs will depend on their individual disease and any progression.

Revlimid is the brand name for the immunomodulatory drug lenalidomide. An immunomodulatory drug is used to modify a person’s immune system response. Revlimid, in particular, is also commonly seen as part of a multiple myeloma patient’s induction therapy which occurs prior to maintenance therapy.

But Revlimid is not the only maintenance therapy drug option. For high-risk multiple myeloma patients, for example, Dr. Al Baghdadi has seen that another drug can be a suitable option.

RELATED: How Are Patients Monitored After Multiple Myeloma Treatment?

“The quality of the data in [higher-risk] patients is not as good as the data with Revlimid, but data in high risk patients also show that a drug like Velcade can improve disease control and survival,” he said. “So you’ll see some patients going on maintenance with Velcade and occasionally with both drugs, Velcade and Revlimid.”

Dr. Al Baghdadi also explained that maintenance therapy does not have a specific time limit. Some patients are only on a certain medication(s) for a couple years and others are on it/them indefinitely, and there are ongoing trials right now working to compare two years of maintenance therapy versus maintenance therapy until progression meaning continued use of the drug(s) for as long as the myeloma is under control. No matter what, you should talk with your doctor and explore your options. Remember, maintenance therapy – like most any cancer treatment – is not a one size fits all.

Multiple Myeloma: How Are Patients Monitored after Treatment?

We’re here to help. Have you had any treatment for myeloma yet?

You might want to check out some top experts outlining the initial treatment for myeloma. 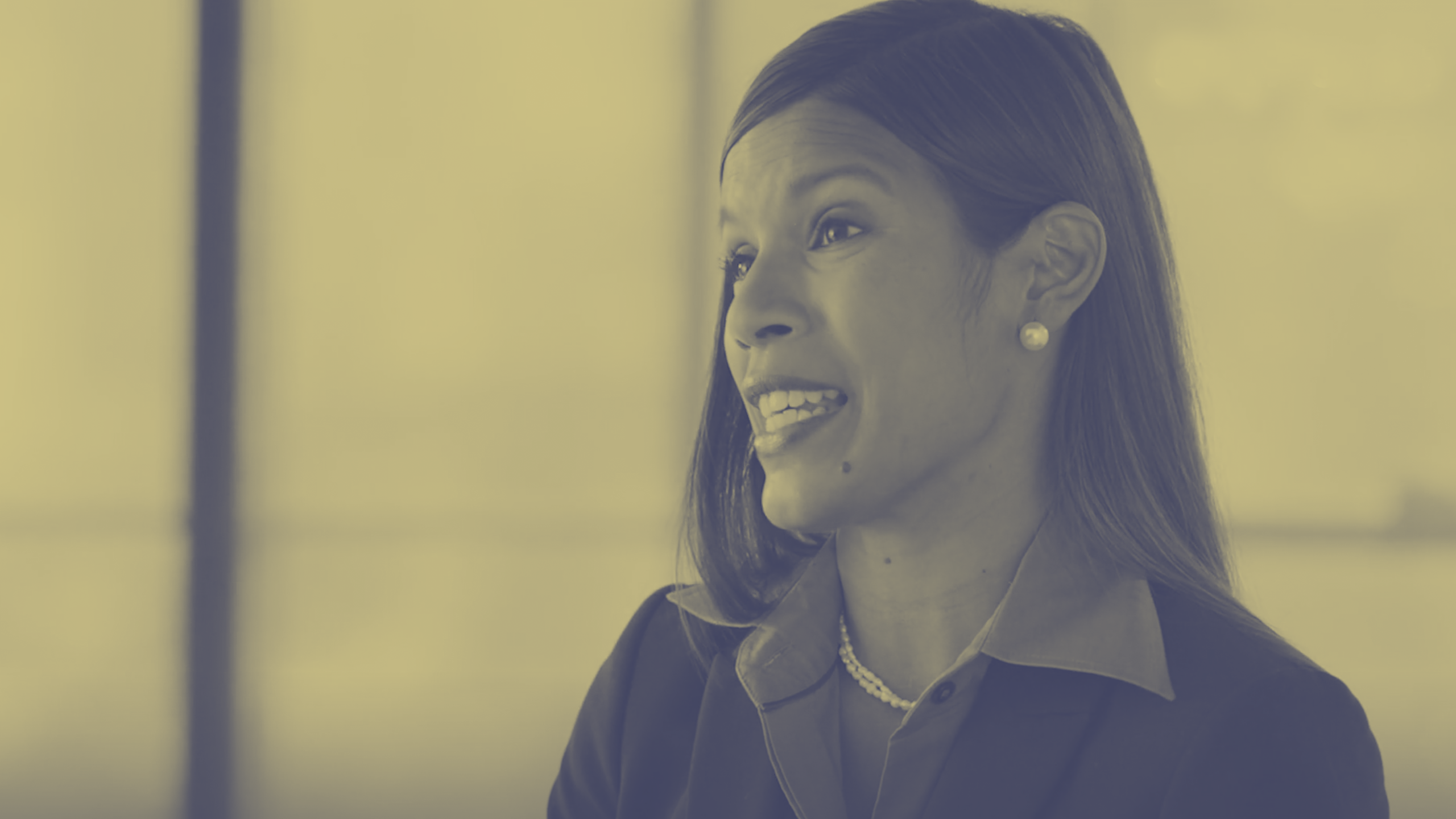 Got it. Are you looking for maintenance treatment?

You might want to check out some top experts outlining maintenance treatment for myeloma. 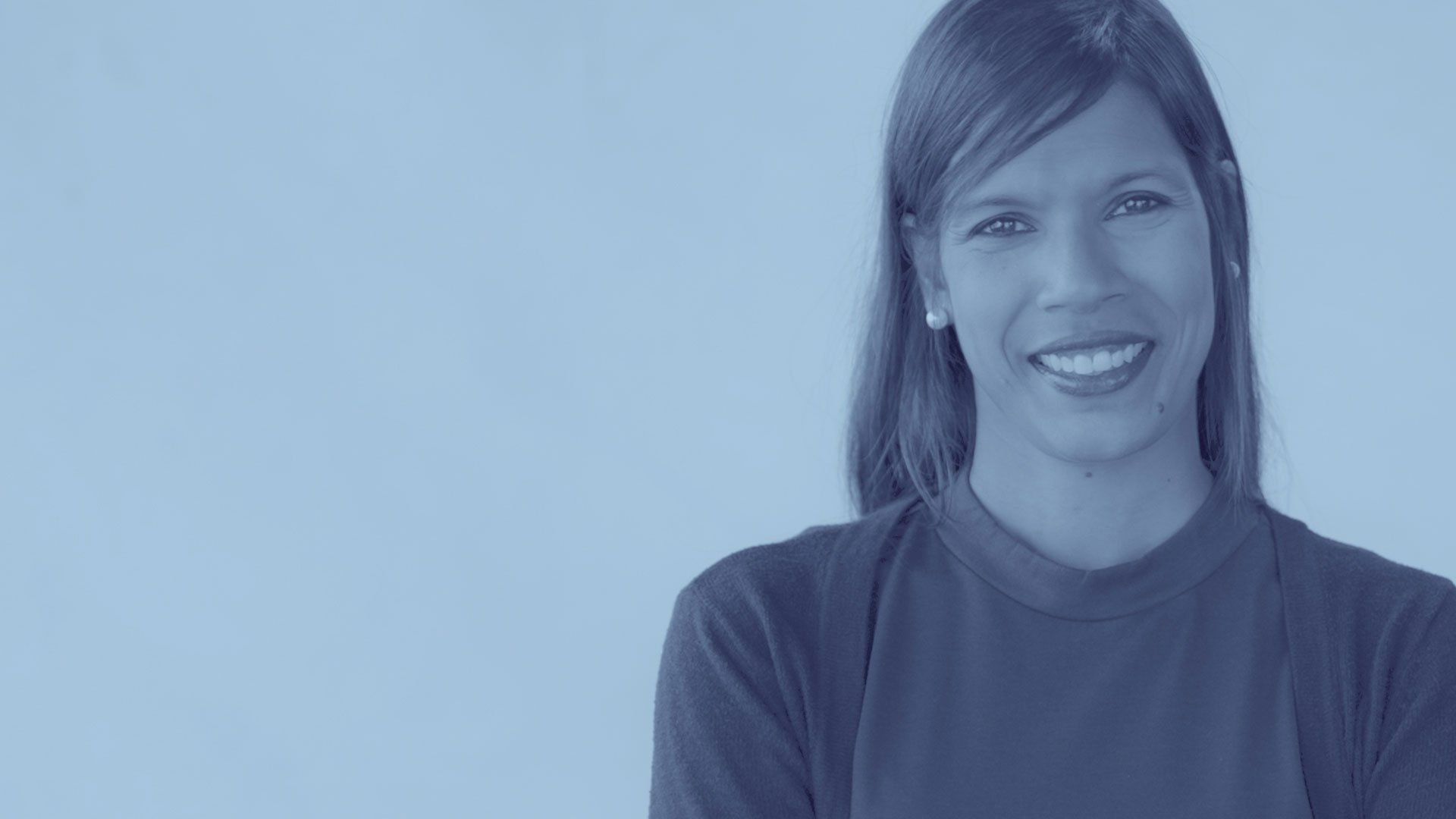 Ok. Has your Myeloma come back? Here are some useful resources: 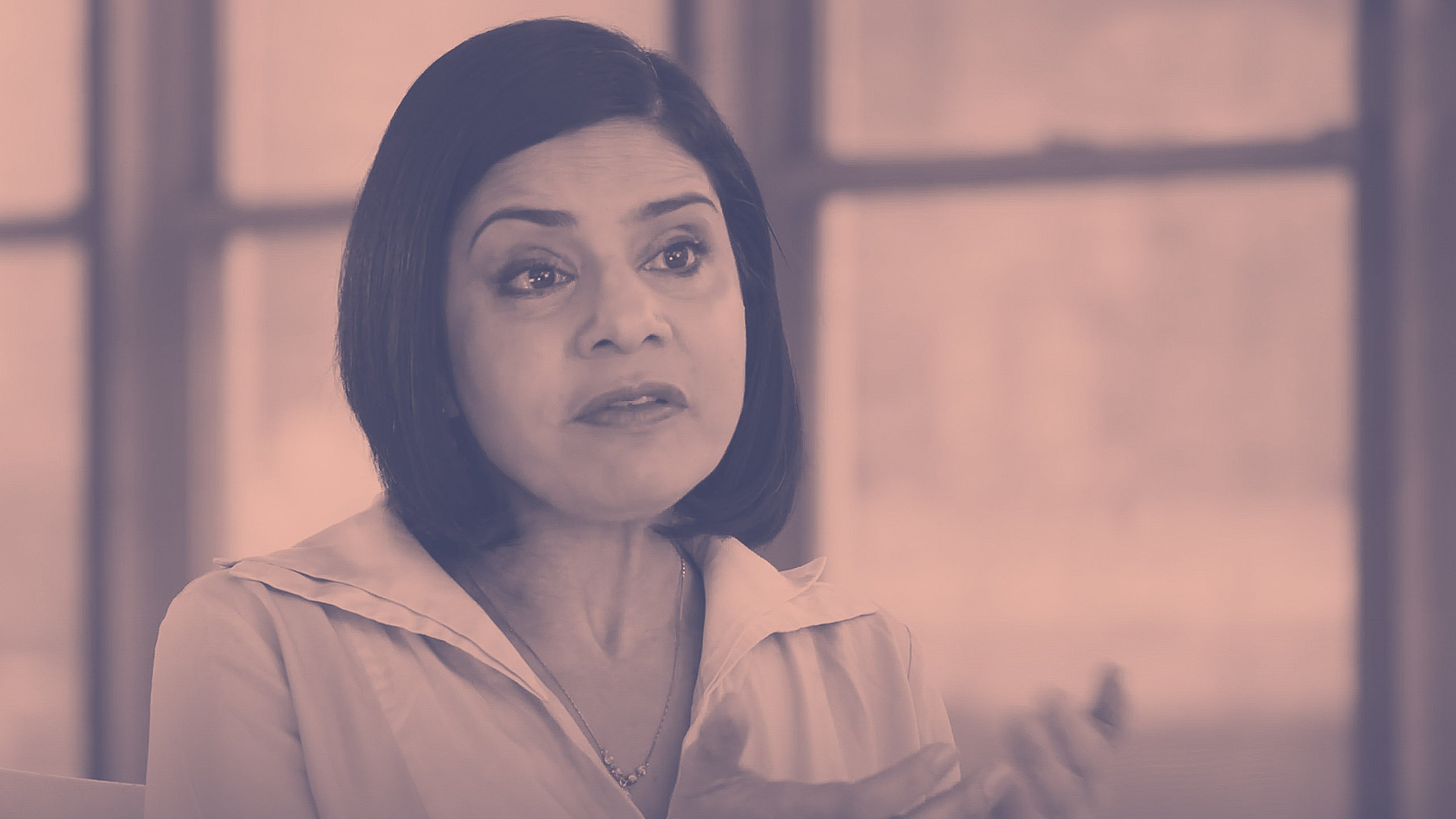 If you’ve had at least four treatments that have not worked or stopped working you might be a candidate for a treatment called CAR T Therapy. 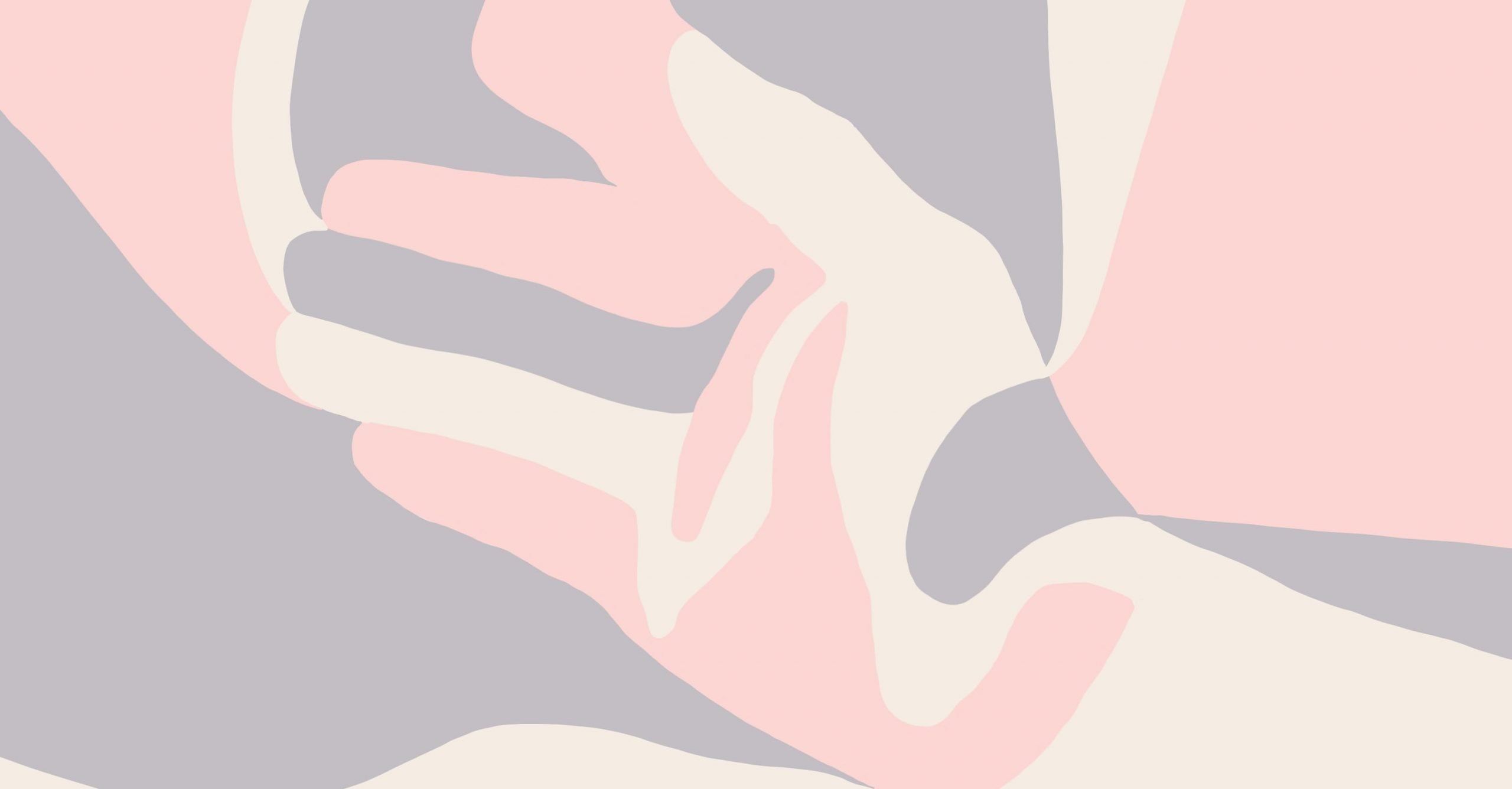 Are you looking for other treatment options?
Right now there are ... multiple myeloma trials in the U.S. within 100 miles of

Will I Need a Stem Cell Transplant for CML and How Do I Find a Match?

How is CML Diagnosed Without Obvious Symptoms?